I think that’s a Diehard movie that you are watching. Maybe Lethal Weapon.

Here, maybe this will help to calibrate your perspective. 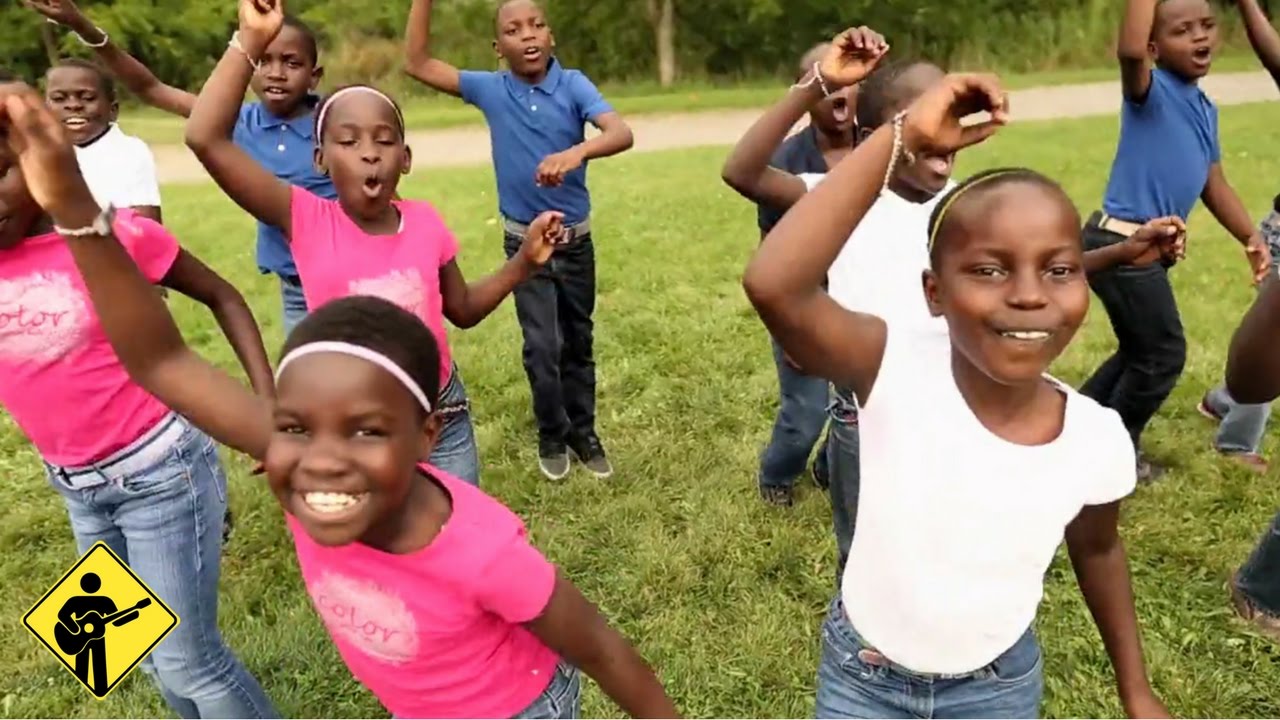 These people are not rioting.

I linked this previously but I’ll link it again: https://www.youtube.com/watch?v=UEYHzieMA14

Or maybe I’m actually watching events as they are being recorded. https://twitter.com/TweetBrettMac/status/1287266843510669312?ref_src=twsrc^tfw|twcamp^tweetembed|twterm^1287266843510669312|twgr^&ref_url=https%3A%2F%2Fwww.thegatewaypundit.com%2F2020%2F07%2Fcar-drives-mob-protesters-colorado-highway-protester-shoots-fellow-protesters-trying-shoot-driver%2F

My comment about America being or becoming a police state was not meant to be addressed to you personally, but I can see why you might think that. So for the record, no, you have not made that claim. I acknowledge that. But you say America is on the road to authoritarianism. This may or may not be the case, but if we are to discuss it, we need to set up some ground rules for what that means. So, if you believe (and I am NOT saying you do, this is only an example) that any increase in authoritarian behavior by the government over any time period is evidence that we are surely going down that road, then your examples could show you are correct. As for me, I have long said here and elsewhere that if America does ever end up as a police state, it won’t happen overnight. It won’t happen over the course of a few months, or even a few years. It will be a decades’ or even centuries’ long process, where our rights are slowly but surely chipped away at, until they are all but gone. You may disagree with my criteria for what it means for America to be on this road, and if so, so be it. But that is why I asked for evidence that this country is continually getting worse in this respect, and why I pointed out that we have done this thing many times as a country. I have no doubt that people alive during WW II saw the internment of Japanese-Americans as evidence of the same. But it didn’t turn out that way. So in summary, you may very well be right, but I just don’t think so.

As for you taking “this as a concession [by me] that yes, the CPB “black bagging” protestors at the start of latest round of protests was standard procedure for them and that protesting against the tactic stopped it dead in its tracks”, please don’t. I have no idea what the effect of protesting against that either did or did not do. Your conjecture sounds fairly reasonable, but that is as far as it goes. I don’t think that you can know this for sure.

Every single protester is a closet Marxist-Anarchist, don’t you know that?

Unsure about the married ones.

It will be a decades’ or even centuries’ long process, where our rights are slowly but surely chipped away at, until they are all but gone.

I think this is too optimistic. In Germany, it took only a few years, not even a full decade. I also think that “uniformitarian” view does not give enough weight to “catastrophic” changes, such as the election of an extremely bad President, empowered by an extremely bad Senate, both of whom show every sign of willing participation in large-scale election fraud.

If Trump somehow steals this election and gets four more years…there could very, very well not be an election in 2024 at all.

QUESTIONABLE SOURCE A questionable source exhibits one or more of the following: extreme bias, consistent promotion of propaganda/conspiracies, poor or no sourcing to credible information, a complete lack of transparency and/or is fake news. Fake...

Got a source that isn’t far-right propaganda?

Assuming gunfire actually did come from a protester, how is that not a proper response to attempted assault with a deadly weapon (i.e.: the Jeep)?

I’m Guessing the answer to my question is no. have fun agreeing with yourselves.

Look, if you’ve something to say, say it. There’s plenty of disagreement in the thread, but among for permission seems a bit silly.

*asking for permission, that is.

Are you saying the video is a deepfake or something?

Look, if you’ve something to say, say it. There’s plenty of disagreement in the thread, but among for permission seems a bit silly.

Okay, y’all are are bunch of conspiracy theory spouting nut jobs. All the “kidnapped” “disapeared” people are in fact in the normal legal process. They are not being put in re-education camps. They were lawfully arrested, taken back to the station, read their rights, given a lawyer if they can’t afford one, charged with a specific crime, presented in front of a judge, will receive a trial by a jury of their peers.

I don’t live in Portland, so I’m not sure I’m really qualified to say what’s happening on the ground.

This lawyer says she wasnt read her rights: 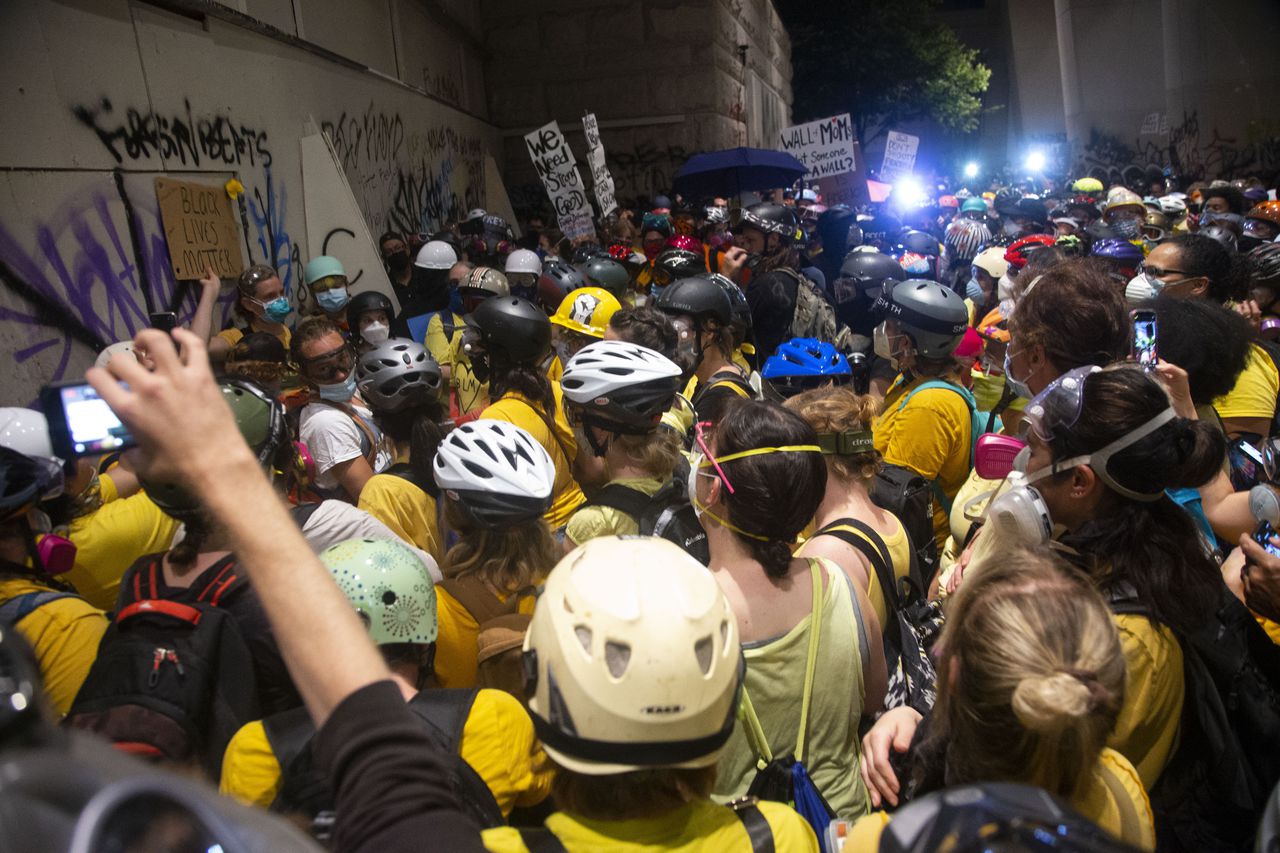 Attorney arrested by feds among Portland Wall of Moms protesters says she was...

Jennifer Kristiansen spent the night in a holding cell after she was accused of hitting a federal officer at Portland protests.

This guy was shot in the face with non lethal munitions for… Holding a boombox.

Federal law enforcement shot and severely injured a protester on Saturday night during demonstrations in front of the federal courthouse in downtown Portland, according to friends and family.

But thank you for your input. Portland native, are you?

And without going through all 900 plus posts, I’ve noted a certain “Sovereign Citizen” tone to some post on the subject. Perhaps the political spectrum isn’t a linear spectrum. More of a circle, where the ultra left and ultra right meet.

I resent being called a nut job in GD. But I won’t stoop to calling you a name back. I’ll just say I am not convinced by your dazzling argument.

WOW, I had no idea there were news articles supporting your viewpoint. I must be wrong.