I’m so used to responding to email-spawned bullshit with a single link, like to Snopes, that when I got the latest (some horseshit about Obama not being a citizen) and there was no pre-made denial to link too, I was momentarily flummoxed.

Then I realized I could do it myself. With a little searching, I found that the law referenced in the idiot email did not apply, and my common sense told me that it could not apply, since the Constitution defines citizenship.

I did not open this to debate or describe the details of the latest worthless crap email, I’m just pondering how dependent I’ve become on others doing the debunking for me, and how I’m a bit proud of doing one myself.

The Obama campaign has its own Fight the Smears website. They will not be willingly beaten by fear and smear.
http://my.barackobama.com/page/content/fightthesmearshome/
If you get a new smear that isn’t there, you can send it to their watchdog address. watchdog@barackobama.com

Why on earth would he not be a citizen? What a strange claim. Did they say he was born somewhere other than Hawaii?

Yeah, the rumor - which I only heard about in a story about Obama responding to rumors like this - is that he was actually born in Kenya.

The rumor I got was different from the Kenya one. What the heck, here it is:

CAN OBAMA BE PRESIDENT?
It seems that Barack Obama is not qualified to be president after all for the following reason:
Barack Obama is not legally a U.S. natural-born citizen according to the law on the books at the time of his birth, which falls between "December 24, 1952 to November 13, 1986? Presidential office requires a natural-born citizen if the child was not born to two U.S. citizen parents, which of course is what exempts John McCain though he was born in the Panama Canal . US Law very clearly stipulates: “.If only one parent was a U.S. citizen at the time of your birth, that parent must have resided in the United States for at least ten years, at least five of which had to be after the age of 16.” Barack Obama’s father was not a U.S. citizen and Obama’s mother was only 18 when Obama was born, which means though she had been a U.S. citizen for 10 years, (or citizen perhaps because of Hawa ii being a territory) the mother fails the test for being so for at least 5 years prior to Barack Obama’s birth, but after age 16. It doesn’t matter after . In essence, she was not old enough to qualify her son for automatic U.S. citizenship. At most, there were only 2 years elapsed since his mother turned 16 at the time of Barack Obama’s birth when she was 18 in Hawaii. His mother would have needed to have been 16+5= 21 years old, at the time of Barack Obama’s birth for him to have been a natural-born citizen. As aforementioned, she was a young college student at the time and was not. Barack Obama was already 3 years old at that time his mother would have needed to have waited to have him as the only U.S. Citizen parent. Obama instead should have been naturalized, but even then, that would still disqualify him from holding the office.
*** Naturalized citizens are ineligible to hold the office of President. *** Though Barack Obama was sent back to Hawaii at age 10, all the other info does not matter because his mother is the one who needed to have been a U.S. citizen for 10 years prior to his birth on August 4, 1961, with 5 of those years being after age 16. Further, Obama may have had to have remained in the country for some time to protect any citizenship he would have had, rather than living in Indonesia. Now you can see why Obama’s aides stopped his speech about how we technically have more than 50 states, because it would have led to this discovery. This is very clear cut and a blaring violation of U.S. ele ction law. I think the Gov. of California would be very interested in knowing this if Obama were elected President without being a natural-born U.S. citizen, and it would set precedence. Stay tuned to your TV sets because I suspect some of this information will be leaking through over the next several days.

Even if a law could override the Constitution, the law referenced in the email is applicable to people born outside the US, not natural born citizens like Obama. 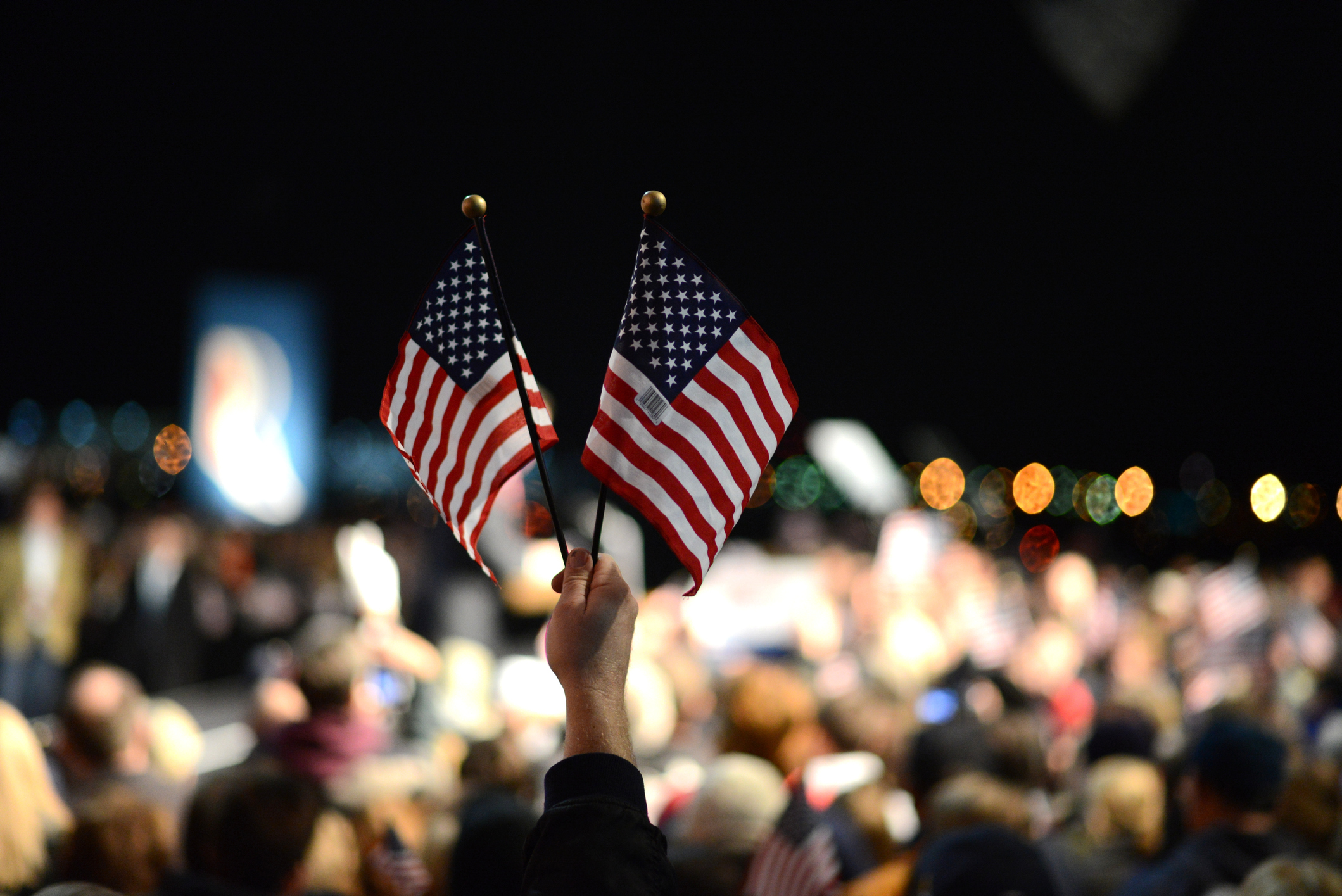 U.S. Citizenship Through Parents or by Birth - FindLaw

Generally speaking, a person can become a U.S. citizen through their parents or by birth in one of three ways. Learn about U.S. citizenship laws and more at FindLaw's Immigration Law Center.

GOD: And what is the most important information in any message?
J.R. “Bob” Dobbs: The name of the messenger.

This was the first time I did a reply-all with a debunking, usually I just reply to the sender to save embarrassment. But this guy has sent out a lot of crap lately, and it’s time he starts showing some restraint.

Of course, Obama was born in Hawaii, and according to the 14th amendment of the Constitution, all persons born in the US are citizens.

Nitpick: All persons born in the United States and subject to the jurisdiction thereof are citizens.

Obviously, Senator Obama is neither, and is a natural-born citizen.

I wonder how much of this is down to people thinking that Obama was born in Hawaii before it became a state. Hawaii gained statehood in 1959, and Obama was born in 1961; close enough that someone who doesn’t know the dates or is too lazy to look them up might get them mixed up.

But was it from him or are you also swallowing bogus e-mail cites because of your own prejudices?

Well, I did a search & found no evidence that he wrote this, though Sowell has written a good many articles critical of Obama.

I accept your apology.

I got this one recently.

Obama is the Antichrist

I got this one recently.

Obama is the Antichrist

I, for one, can not wait to see his rebuttal of this one on his website.

Obama is only five years older than I am. Wow. I should probably figure out what I want to do with my life at some point.

Maybe people are seeing his father’s race as “African” and making a leap from there - I know I had to look twice at that.

I like the Snopes link for the Obama as Anti-Christ link - “Status: False.” Heh. Take that!

First, Obama was born in one of the 50 states to a woman who was a native-born citizen of the U.S. I’m not voting for him in November, but he is DEFINITELY as validly American as anyone, and is definitely eligible to be elected President. (Or was Hillary just too nice to make an issue of this?)
More significantly, I have searched in vain for any indication that Thomas Sowell ever wrote anything like this. Look at his own web site, and you won’t find any article like the one cited.

Wow, I got quite a reply from one of the people who got my debunking via reply-all.

Tim , One one who the hell are you? I don’t give a crap about the man he truly is a bullshit artist… His knowledge base
is that of a fifth grader… a dumb one at best… You want a child to lead you, be my guest, he will lead you straight to hell…
Also he has bought into the UN, ACLU and the EU, UAR garbage spawned by the left extreme media, they are all
Socialist fascists … the very thing we fought WWII over… You want your new world order of one government, a vote
for Obama is vote for it. Of course it nullifies all rights as an American citizen, good example are the supreme court
rulings all from the left bench in this country to turn murderous terrorist, killers of every type deviant loose on our society…
This is the result of the brain dead left wing crazy people of this world. It won’t be long before you will bow down to the
inner sanctum of hell from the direct control of your new world order… “God Help America.”. Oh I can’t say that any
more the liberal left crazies want to take God out of everything… no wonder the world is going to hell in a hand basket…
You better wake up and start to recognize we are in the end times… Just look at the spiritual aspects of the people we
have in the world today… They only do what they think is right in their little minds, they forget the rules laws and
regulations of a disciplined life style…" devoid of any moral values.". The rebellious bunch… spoken about in the end times
similar to the time of Noah. What do you expect from a world in stupidity and run by fools. A world with out God is death
in the end… Well have a great day… Don’t let the flames of hell lick your ass on the way out…
You made your bed so sleep in it and take the blame for your decisions.
This is an irresponsible generation… they act like none of it is their fault… They blame everyone else.
Have a great day.

The name of the sender has been omitted to protect the insane. (I reproduced the italics and underlining manually)
But he does say at the end:

P.S. I just forward the crap, from both sides… I got your twisted views from it right…

so it’s possible he’s not serious.

Obama is only five years older than I am. Wow. I should probably figure out what I want to do with my life at some point.

Maybe people are seeing his father’s race as “African” and making a leap from there - I know I had to look twice at that.

I like the Snopes link for the Obama as Anti-Christ link - “Status: False.” Heh. Take that!

If only certain of my relatives (one aunt in particular) believed anything Snopes had to say. I used to send her there, until she blew up at me. How dare I try to change her mind with facts!

I doubt that Sowell wrote it either. False attribution is a pretty common tactic.

I was surprised to read that John McCain was born in the Panama Canal. There must be quite a story behind that.

I think I’m going to be sick.