Figure Skaters may look delicate but they are tough athletes.

:eek:
I don’t know how Ashley got back up from this fall. She was out cold. They were competing and she was determined to finish the routine.

Ignore the sequins and glittery costumes. Figure skaters are tough athletes. That’s for sure.

There’s no way I’d ever attempt what they do.

Sure glad both skaters are ok. 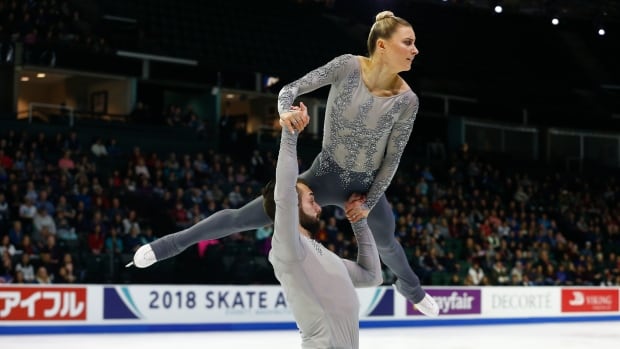 American pairs figure skater Ashley Cain suffered a scary fall at the Golden Spin of Zagreb in Croatia on Friday after her partner Timothy LeDuc appeared to lose his grip on her at the end of an overhead lift during their long program. 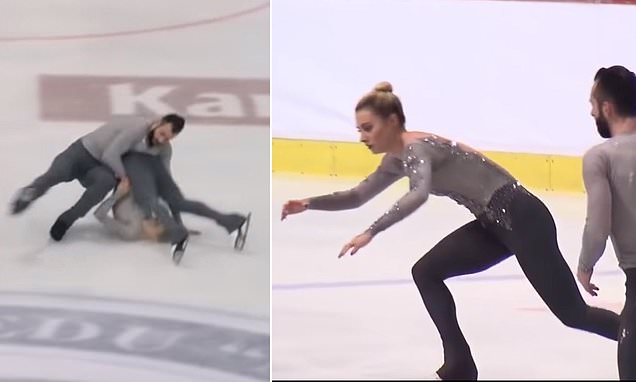 Ashley Cain, 23, of the Team USA Figure Skating duo with partner Timothy LeDuc, 28, suffered a serious fall on Friday while the two were competing in the Golden Spin of Zagreb in Croatia.

In an instant, Cain smacked into the ice, with the back of her head hitting the rink first.

As she came down hard on the ice, her legs folded over head and the tip of her skate blades touched the ice, with her body folded in half at the waist.

Then her legs seemingly went limp and she lay still, flat on her back, for a moment.

LeDuc was also knocked the ground in the shuffle, but not with nearly the same force, and he quickly got up to tend to his teammate.

It appeared almost as if Cain was completely unconscious before LeDuc started to raise her, then she snapped to awareness in what looked like a bit of a daze.

The same could be said for any professional athlete.

Did you really think they weren’t tough athletes?

Sent from my HTC U11 using Tapatalk

I hope she gets checked out by a doctor for a possible head injury; even minor “bumps” to the head can be fatal, due to internal bleeding, and it may not manifest for hours, even days, in some cases.

Moved to The Game Room.