Cindy Yang, the woman who founded a Florida spa linked to Robert Kraft's alleged prostitution solicitation, runs an investment business that has offered to sell Chinese clients access to Trump and his family.

Cindy (Li) Yang, a Florida entrepreneur who founded a chain of spas and massage parlors that included the one where New England Patriots owner Robert Kraft was arrested recently for allegedly soliciting prostitution, also runs a consulting business that has offered to sell Chinese clients access to President Donald Trump and his family at Mar-a-Lago, according to the company’s website.

Yang no longer owns that spa but a Vanity Fair article gives evidence that prostitution was occuring while she did own it and that spas that her family currently owns are known for being “rub and tug joints”. It also lists various connections between her and the Trump family.

Report: Florida Rubdown Tycoon Is a Pal of the Trumps

The woman who founded the massage parlor where Robert Kraft allegedly solicited prostitution has been a frequent guest at Mar-a-Lago, donated thousands to his campaign, and has met both of Trump’s adult sons.

Yang, who goes by Cindy, sold the parlor that would be renamed Orchids of Asia around 2013, years before it was busted as part of a human-trafficking operation, though its online reviews suggest the establishment offered the same services that Kraft was charged with obtaining before the change in ownership
…
The Yang family also reportedly still owns a chain of spas, including a flagship in Palm Beach Gardens, that have earned a loyal following among the sort of individuals who leave reviews on websites like rubmaps.com

It’s now being reported that Yang has ties to groups having links to the Chinese government. 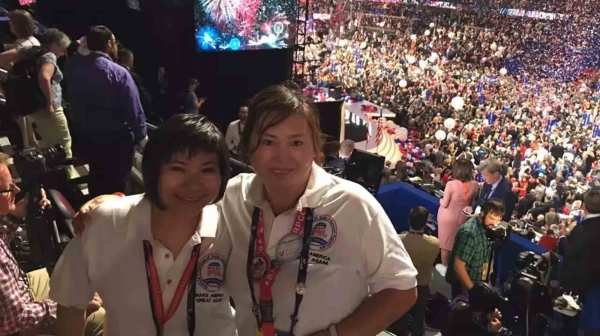 The massage parlor owner peddling access to Trump has ties to Chinese...

The story notes that Yang was also tapped for senior roles in two other groups focused on China-related issues: the Florida branch of the Council for the Promotion of the Peaceful Reunification of China (CPPRC) and the Miami chapter of the American arm of the Chinese Association of Science and Technology. Both organizations have direct links to China’s Communist Party, and the CPPRC has been described as a vehicle for projecting Chinese influence in the West.