Thank you, Mr. Barnes, for reminding us all once again that neocons are presumptively wrong until proven right in any specific instance.

I had an athwart one time.

But the doctor lanthed it.

For those who don’t get the “stood athwart . . . yelled, ‘Stop!’” reference, it’s what William F. Buckley wrote when he launched the National Review in 1955:

Let’s Face it: Unlike Vienna, it seems altogether possible that did National Review not exist, no one would have invented it. The launching of a conservative weekly journal of opinion in a country widely assumed to be a bastion of conservatism at first glance looks like a work of supererogation, rather like publishing a royalist weekly within the walls of Buckingham Palace. It is not that of course; if National Review is superfluous, it is so for very different reasons: It stands athwart history, yelling Stop, at a time when no other is inclined to do so, or to have much patience with those who so urge it.

#2 is interesting. I wonder what percent of the public are proud of torturing suspects? You can give torture a pretty name, and deny that you do it, but it’s still torture.

Reading over that list, and the article the list came from, I’m still having a hard time figuring out whether the author is being serious or not. Written by a Conservative, it could be taken at face value… but if it had been written by a Liberal, it could easily be viewed as satire.

I would be interested in hearing about this. I did a little reading on him after he died. He lived a remarkably interesting life.

I don’t understand how the first three are even accomplishments. 4 is something that every American politician has to do, 6 is just saying something, and 8 is simply his Constitutional duty. And how is Australia an east Asian democracy?

#3 is a positive achievement only to Nixonite power-worshipers. If there’s one thing we’ve got to do in America in the next few years, it’s scuttle the “Imperial Presidency”, castrate the Vice Presidency, and turn around the dangerous, unconstitutional, and undemocratic growth of executive power.

Well, according to Barnes:

The new policy gave Bush credibility in pressing for democracy in the former Soviet republics and Middle East and in zinging various dictators and kleptocrats.

Results of which have been a mixed bag, of course – most of the states in question remain dictatorships and/or kleptocracies, and yet well off compared to Iraq.

In putting them on the Supreme Court and naming Roberts chief justice, Bush achieved what had eluded Richard Nixon, Reagan, and his own father. Roberts and Alito made the Court indisputably more conservative. And the good news is Roberts, 53, and Alito, 58, should be justices for decades to come.

And how is Australia an east Asian democracy?

In regional terms, I suppose. But what I found most interesting is this:

On top of that, he forged strong ties with India. An important factor was their common enemy, Islamic jihadists. After 9/11, Bush made the most of this, and Indian leaders were receptive. His state dinner for Indian prime minister Manmohan Singh in 2006 was a lovefest.

Great – except that Pakistan and India are always at loggerheads and we need Pakistan as an ally right now . . . so . . .

And what planet is Barnes living on, that he thinks the scientific consensus on anthropogenic climate change has “collapsed”?

Fostering good relations with *Australia *is a Top 10 achievement? Over 8 years?

This *has *to be satire. Are you *sure *there’s not an Onion masthead on it?

I would be interested in hearing about this. I did a little reading on him after he died. He lived a remarkably interesting life.

Whoa. It was just a political reference — when Bentsen debated Quayle. 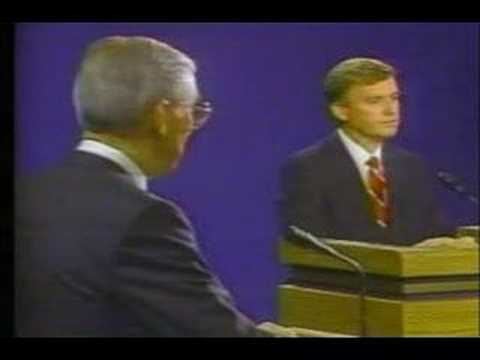 The first two made me a little sick, but the fifth one is flat out hilarious. Is there actually anyone who views NCLB as a success?

Okay, I can’t tell. Is that list supposed to be satire or real?

Okay, I can’t tell. Is that list supposed to be satire or real?

Consider the source and venue.

Whoa. It was just a political reference — when Bentsen debated Quayle.

The “you are no Jack Kennedy” bit I got. But for whatever reason, I took you seriously when you said you knew Buckley instead of placing the quote. Weird.