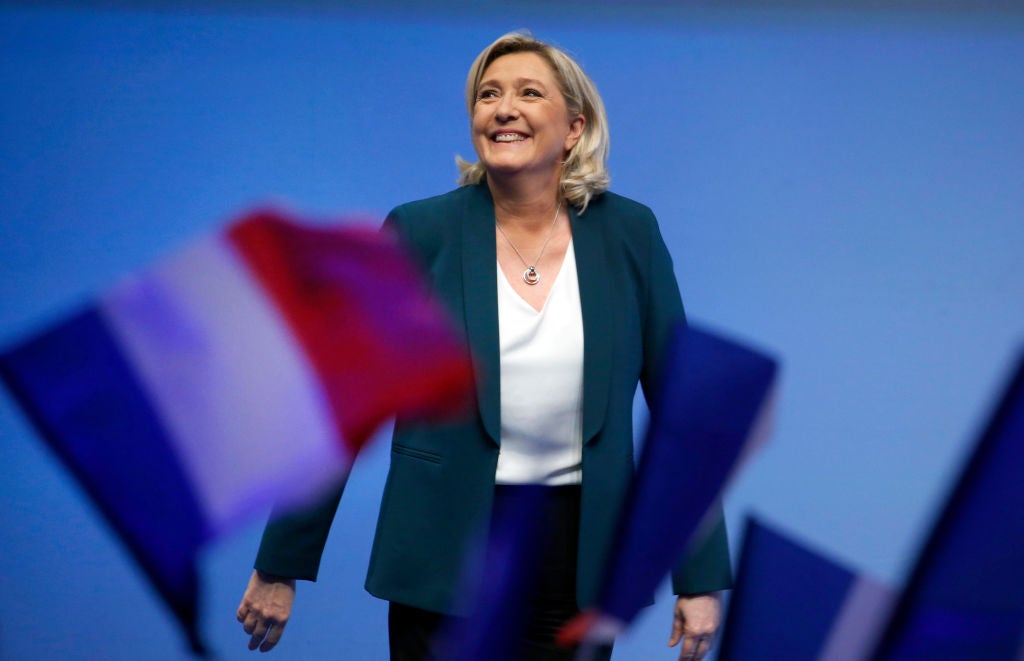 Exclusive polling: Marine Le Pen on 49 per cent of the vote for French president

The far-right leader is closer than she has ever been to power, a YouGov and Datapraxis poll shows.

Far from the hopes of Macron’s team that the war in Ukraine would result in his certain re-election, after an initial rally-around-the-flag effect his support in the crucial second round is now on a downwards trajectory, the poll shows.

French people, much like Americans, have a unique view of their place in the world. They are probably worse than any Trump Republican about how outside influences are “ruining” their country. Le Pen, and her father were previously too coo-coo crazy to get enough support. She has modified her position and touched into this uniquely French attitude.

I don’t blame a single country in Europe for thinking that way when the United States is afraid of Putin and won’t fully support Ukraine. They think maybe they are next and need to bulk up themselves.

Putin has created a massive refugee crisis. And that sort of thing is good for right-wing politicians.

Putin has created a massive refugee crisis. And that sort of thing is good for right-wing politicians.

Not so much this particular refugee group::

Unlike Zemmour, [Marine LePen] says she is in favor of welcoming “war refugees” from Ukraine. “The French people are generous and friendly,” she said on Friday, April 1, during a meeting in Stiring-Wendel (northeastern France), before returning to her baseline position. “But France is the country of the French.”

I think inflation is the stronger issue for her:

So she seeks to raise the fear of a “hara-kiri” due to inflation. On March 25, in Saint-Martin-Lacaussade (southwestern France), she framed urban elites against French farmers. “These are the same leaders, who yesterday sacrificed our farmers on the altar of free trade, who today are finishing them off in the name of supposedly effective sanctions,” she said, refusing “to impose Russian living conditions on the French countryside.”

Now, as my link notes, sanctions do poll fairly well in France, even though the economic cost to the French would be more than for my country (the U.S.). It may well be that LePen is peaking two weeks too soon.

I’m not a LePen fan. But I don’t want to post in a way that sounds like I’m telling people, in another country, who know the issues a lot better than me, who to vote for.

Surprising no one, it looks like it’ll be a LePen/Macron runoff on April 24: 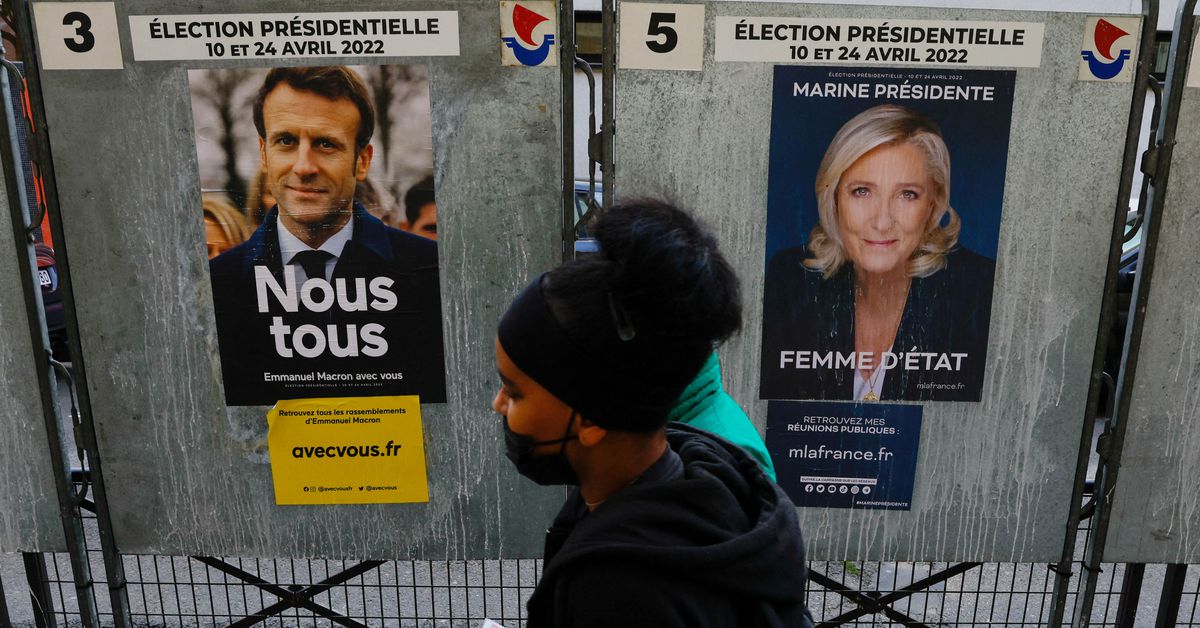 Macron garnered 28.1-29.5% of votes in the first round while Le Pen won 23.3-24.4%, according to separate estimates by pollsters Ifop, OpinionWay, Elabe and Ipsos. Those estimates, published as voting ended, are usually very reliable in France.

Macron could offer something to voters other than raising the retirement age, but since voters have a positive moral duty to vote for any non-Right candidate, that’s an obscene suggestion.

I don’t blame a single country in Europe for thinking that way when the United States is afraid of Putin and won’t fully support Ukraine. They think maybe they are next and need to bulk up themselves.⁢

Why would they think that? They’re part of NATO. The whole reason everyone has to take it slow is that any attack on a NATO country would automatically mean WWIII. Plus, well, we’ve now learned that Russia’s military is a paper tiger. Sure, Ukraine is doing a great job, but they are facing a threat that was heavily overestimated. And it’s not like the US and everyone else isn’t helping the same way they did during the last cold war–supplies, not troops.

No, what’s catching on is the same far right nonsense catching on here. People are upset at the world, and nationalists and the far right tend to use that as an excuse to blame some disadvantaged group. It’s always other people’s fault.

And that trend well predates the the Russia/Ukraine war. Heck, it technically predates Trump becoming president–as he was part of that movement.

After viewing the images of the war crimes committed by Putin, I would think that any candidate that supports him and poses with him would be radioactive. This right wing nationalism in western countries is a bigger threat than Putin could ever dream of being.

LePen has been moderating her message lately and focusing on domestic issues. This is fooling some people into thinking the leopard is changing her spots (probably right up until the face-eating).

Why would they think that? They’re part of NATO. The whole reason everyone has to take it slow is that any attack on a NATO country would automatically mean WWIII.

That is what is said but they are just words on paper. What would have stopped the NATO countries on January 1, 2022 (for example) to immediately make Ukraine an emergency member and/or vow that it will extend its support to them in case of invasion? Is it because we don’t want “to start WWIII”? Well we will have to make that decision eventually when Putin threatens Poland (lets say). Why are we putting it off? A voter in Europe has good reason to fear that we just might not live up to our word which is why some are taking the Ultra Right Wing tack.

And yes, this is a “both sides do it” situation. Nader cost Gore the 2000 election for example because Clinton was so centrist.

Macron ran against LePen the last time around too.

There are too many different political parties in France to compare it to what is essentially a two-party US system. Jean-Luc Mélenchon is in close third place - he belongs to a left-wing party. Politico is keeping track of the voting.

The challenge now will be for Macron to convince Melenchon’s voters to back him, which might not be as easy as it was last time. It remains to be seen whether the other candidates will endorse anyone and who that will be.

The party such a person would most likely be found in is Les Republicains. The last President from their party was Nicolas Sarkozy.Their candidate this time, Valérie Pécresse, reportedly did badly in the debate (as did Macron, by refusing to participate) and otherwise may have been a weak campaigner. At least, she was an unsuccessful campaigner. Perhaps others here will have something more insightful to say about her.

P.S. Macron debated LePen one on one in 2017 and will likley do it again. He only refused to be in the first round debate.

Apparently Pecresse has already thrown her support behind Macron (along with an assortment of the other candidates). 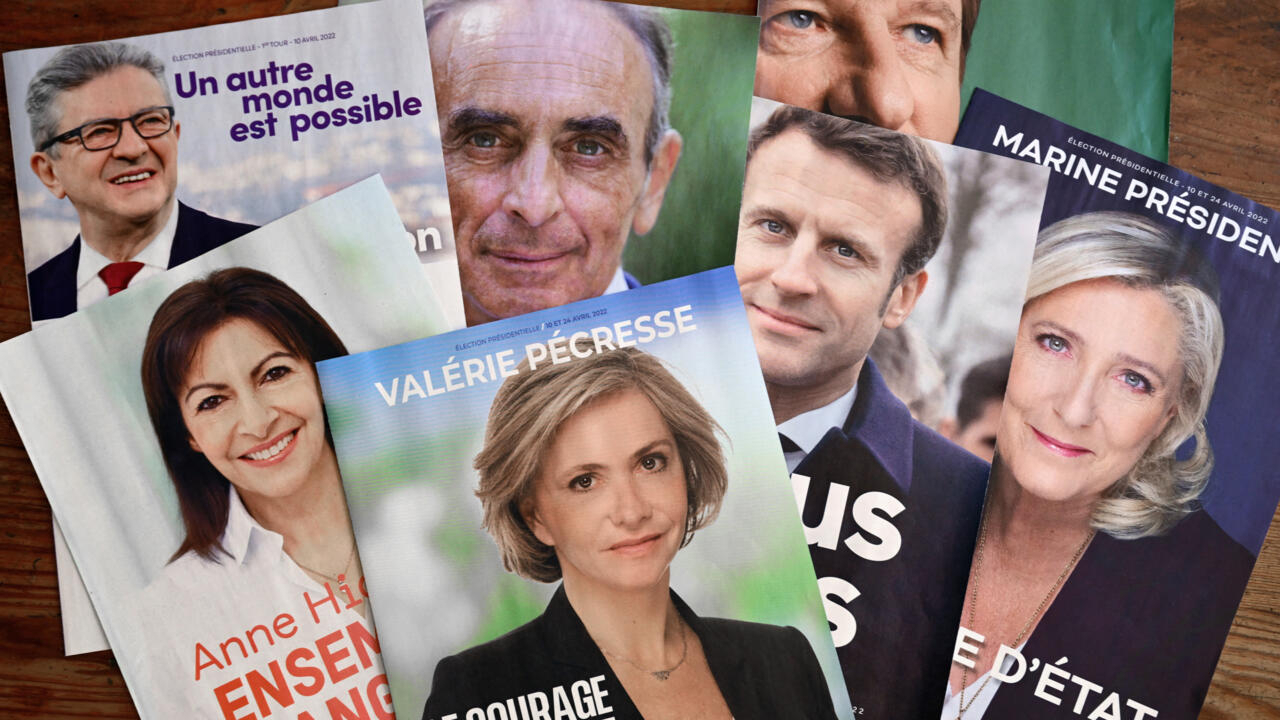 French President Emmanuel Macron on Sunday received the backing of the defeated Socialist, Communist, Green and conservative candidates in his second-round election battle later this month against fa…

The other far-righty, Éric Zemmour, is urging his supporters to vote for LePen.

I’ve followed politics all of my life, but this: 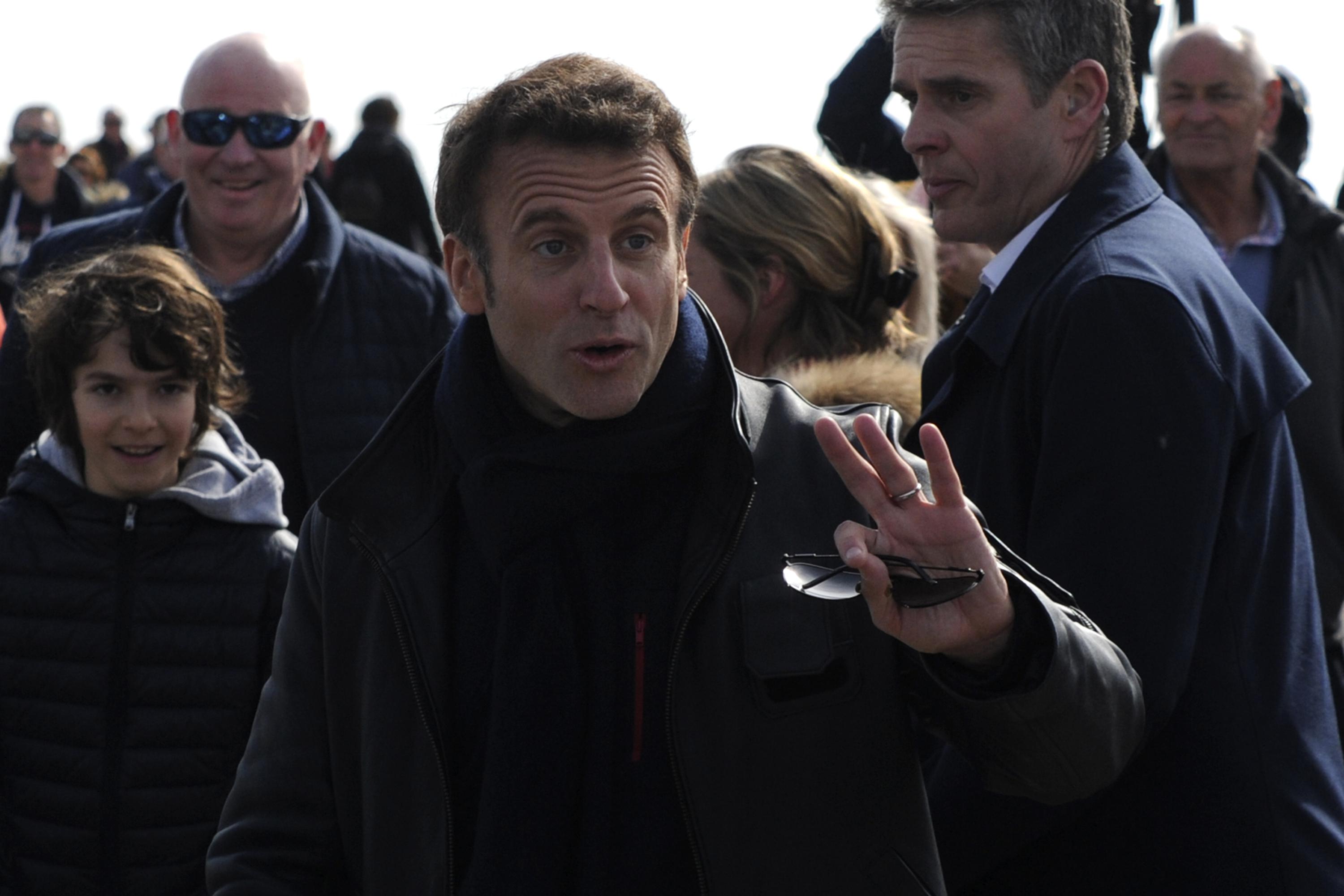 In France, it's Macron vs. Le Pen, again, for presidency

PARIS (AP) — Incumbent Emmanuel Macron will face far-right nationalist Marine Le Pen in a winner-takes-all runoff for the French presidency, after they both advanced Sunday in the first round of voting in the country’s election to set up another...

For some of the losers’ disappointed supporters, the runoff vote promises to be agonizing. Melenchon voter Jennings Tangly, a 21-year-old student of English at Paris’ Sorbonne University, said the second-round match-up was an awful prospect for her, a choice “between the plague and cholera.”

She described Macron’s presidency as “abject,” but said she would vote for him in round two simply to keep Le Pen from the presidential Elysee Palace.

“It would be a survival vote rather than a vote with my heart,” she said.

is horrific news for Macron.

The party such a person would most likely be found in is Les Republicains. The last President from their party was Nicolas Sarkozy.Their candidate this time, Valérie Pécresse, reportedly did badly in the debate (as did Macron, by refusing to participate) and otherwise may have been a weak campaigner. At least, she was an unsuccessful campaigner.

Right… except for 2002 and 2017, the usual runoff for decades had been between the Socialists and Les Republicains or their earlier incarnations such as UMP (there has never been a clean first-round win in the 5th Republic since direct presidential election was established (1965)).

But in the last election the “traditional” parties were weak and they were weak in this one too – Macron himself 5 years ago was a candidate from a “new party” formed from former followers of both the Socialists and the Republicains who got tired of their respective “establishments”.

Not to hijack too much, but I think results like this illustrate why a “jungle primary” is a bad idea. It promotes gamesmanship. Any two sensible parties that have too many candidates could be undermined by a Nazi or Stalin Communist party that has enough restraint to only put a single candidate in the race.

Who is Le Pen going to draw her votes from?

Hard-left leader Jean-Luc Melenchon was third, missing out on the two-candidate runoff, with close to 22%.

Hard-left voters are unlikely to back Le Pen. Also, as romansperson said, Macron is getting the support of [Socialist] Anne Hidalgo, [conservative] Valerie Pecresse, and [Communist] Fabien Roussel, whose parties won about 9%.

They add up to about 30% of the 50% who didn’t vote for Macron or Le Pen in the first round. Obviously, there will be shuffling of votes. Extremist parties don’t like voting for the establishment. What happens in Ukraine over the next two weeks will weight heavily on peoples’ minds. Europe is moving right.

That stipulated, in 2017’s first round Macron got 24% and Le Pen 21%. In the second round he won 66-34. That means he upped his share by 42 percentage points while Le Pen could only get 13. I don’t think he will do anywhere near as well this time, but Le Pen has a huge task winning over members of other parties. She’s the second choice of a minority. Any politician would much rather be in Macron’s position right now.