This is definitely my naivete showing, but:

Is it firmly established that the hazmat-type suits are a strict necessity when treating Ebola patients? Elbow-length gloves, goggles/respirators (all in one headgear?), and disposable clothes (not scrubs) – combined with rock-solid “back-out” protocols – seem sufficient when considered logically.

I mean, most critically, when treating an Ebola patient, you need your mucous membranes covered and your hands covered. You’re going to pitch all our clothes as you back out. Beyond that, what is essential?

Just thinking out loud and likely missing a ton of fine points.

This question is prompted by some anecdotes passed to me about healthcare workers here and ther making jokes about how poorly they’d hancle Ebola if it came knocking on their door. A common refrain is “We simply don’t have the equipment.” Maybe not for ideal treatment, but in a do-or-die situation, can’t the average American hospital improvise 90% of the way and have a fighting change of treating an Ebola patient reasonably safely?

The info is conflicting. Some sources say the two Dallas nurses who treated Duncan followed hazmat protocols, but there are new reports that are saying they didn’t. So it’s confusing to say the least. But I have heard doctors interviewed who said what you just did. That they don’t need those full body extreme suits to treat Ebola patients.

No need for gloves to be elbow length, but for practical purposes it helps if you two different lengths.

Impermeable surgical gown over scrubs is generally adequate. If there is lots of bodily fluid then a rubber apron may be added. Shoe covers at a minimum, preferably longer boot covers.

For the head, a minimum surgical cap and face shield. Better to add goggles.

Least likely to be in a normal hospital inventory is reusable shoes that can be easily disinfected. Crocs work well. Really.

Hospitals might not have full head and neck covers. Full face respirators should be used if procedures will be performed that might result in aerosolized particles.

Hospitals very likely have the green items in regular use. Might not have the red ones.

This page (may be behind a paywall - NY Times) gives you a good picture of the current (revised within the last couple days) guidelines for PPE for people working with ebola patients.

The images on the right are the old, inadequate guidelines. The middle and left images are the ones hospitals are now supposed to be shooting for.

This page (may be behind a paywall - NY Times) gives you a good picture of the current (revised within the last couple days) guidelines for PPE for people working with ebola patients.

The images on the right are the old, inadequate guidelines. The middle and left images are the ones hospitals are now supposed to be shooting for.

Ooops - that should be the images on the left are the old, inadequate guidelines. The middle and right images are what hospitals should be shooting for.

Wevets, can’t see the links, but I might have located part of the image from another source. Are these the two images on the left?

Yeah - so people don’t have to deal with the paywall - there’s a screenshot of the three sets of images here.

Note that these are not the hazmat ‘spacesuits,’ also known as level A or B PPE for atmospheres inhospitable to life, because the belt pack is an air filter - ebola is not truly airborne, so airtight suits and self-contained breathing apparatus are not needed, although there is worry about splattering droplets and aerosolized droplets, so protection from those potential sources of infection is necessary.

No need for a fancy suit - a clipboard is sufficient: 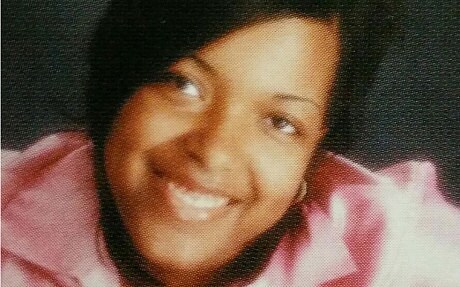 'Who is clipboard man?': man without Hazmat suit helps Ebola patient onto plane

Man with no protective clothing, carrying only a clipboad, photographed helping second US Ebola patient board her plane

Wevets, thanks for that last post – the photos helped a lot. Pretty much answered my question from the OP.

No need for a fancy suit - a clipboard is sufficient:

That’s a stupid story - as long as the patient is in a suit she’s no danger to anyone. The escorts are suited in case they have to remove hers for some reason.