I crap bigger than you (way TMI)

You guys are risking the wrath of Bono.

You guys are risking the wrath of Bono.

Beat me to it!

[spoiler]The Most Difficult Poop of My Life

I think I was injured from a rugby game or something, or maybe just stayed home because I was too hungover to go to work, who knows. I hadn’t crapped since Saturday, and it was a Monday. Anyway, I felt the urge to poo, and sat down on the toilet. I pushed and I pushed, but it hurt way too bad (partially from chile and partially from being too big) for me to push out. I got off the toilet, wiped off the turtle head… umm, switch the order of those two… and opened the medicine cabinet. I took two Vicodins, and left the bathroom for awhile.

About 45 minutes later, I couldn’t hold it anymore, and the Vs were kicking in. I sat back down and proceeded to push. I grunted and groaned until I was literally seeing stars. I knew it was either now or never, though, so I kept on pushing. Next thing I know, I was grabbing onto the toilet roll dispenser to keep from hitting my head on the wall. I had all but passed out, and was still seeing stars… Not a few pretty stars like in the cartoons, but literally dozens of stars; the kind you see after the first hard hit to the head of a rugby season before you get used to it.

So, finally, release! There was a “plug” about 8 inches long that shot out of my ass, followed by about three pints of diarrhea. It was the weirdest thing, two completely different consistencies that left my bum within nanoseconds of each other. I was never so glad to have pooped in my whole life.

Luckily, the chile wasn’t as bad as I thought it was, and I was able to wipe instead of playing the whole “dabbie dab” rigmarole.[/spoiler]

I just remembered this story. The office that my hubby’s part of our agency used to be in had the worst plumbing in the history of man. The landlady was really, REALLY weird and could not get it thru her head that it needed to be replaced. After the third time in a month of having the toilets in the men’s room stop up and overflow, daHubby’s boss called the landlady and almost begged her to have something done. She came over all in a huff and said loud enough to be heard in the basement of the building, “If you MEN stopped passing such big turds this wouldn’t happen!! Your turds are too big for my building!”

I thought daHubby’s boss was going to die laughing when he told me this story. He said it took him everything he had not to laugh in her face, and this is a guy who can put on a poker face like you’d never believe. Thankfully after that, the offices got combined and we moved into a new building…with MODERN plumbing.

No idea how I came across this, but figured I’d d bump to mention the strange sensation of almost feeling a slight high after the occasional (quite painful

) ass-stretching dump.
I’m sure we’ve had our coiler now and then.

The title doesn’t really match the OP. I’ve seen my handiwork jostle from time to time, but am sort of glad I can’t remember following someone with equal talent who knows nothing of the courtesy flush. 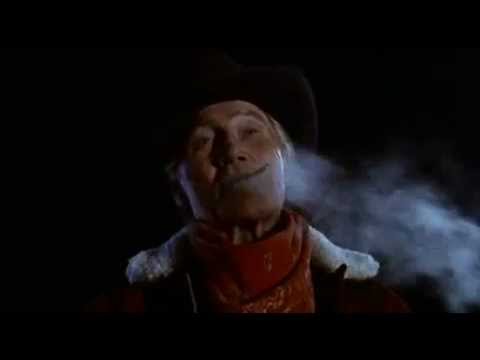 Heh. I had some mild constipation in the weeks following baby Colin’s arrival, and then only thing to get it to budge was the combination of a stool softener and a big mug of coffee. So then I’d produce these gigantic loads that were the consistency of soft-serve ice cream (sorry, DQ fans!) that filled the bottom of the bowl and even broke the surface of the water. Out came the plunger, which I hated doing, because then I had to disinfect it in the bathtub, and then disinfect the bathtub.

What in the world are you using your plunger for, other than the toilet, that you feel the need to disinfect it???

In my world, the plunger is a one-use instrument. When I’m done using it, I return it to its out-of-the way storage spot–that way there’s no need to disinfect it, because it never gets used for anything else, and it never contaminates anything else.

A few years ago while on vacation I got so plugged up I had to stop at a hospital ER. I hadn’t gone in 3 days and nothing was moving. I tried not one, but two enemas in a restaurant restroom. Didn’t help. Ate 4 stool softeners. Just made the pressure worse. Made it to a small town hospital and stopped.

Apparently my issue was not that uncommon, the gal at admitting said she had seen this many times before. I got called into the back and stripped from the waste down. A doctor tried digital retraction. It was too stiff. They tried a big enema. I swear I lifted off the toilet seat when that stuff came back out but there was nothing solid. Got another enema with warm water and a lubricant. The Eagle finally landed, 2 logs that would have made Paul Bunyan proud. The second one got stuck and I tried to pinch it off, that didn’t work. Had to sit while it moved at a glacial pace. Half an hour later the urge hit again while in a Safeway. The men’s room was occupied to I hit the women’s room. Mid squat I blew just like Old Faithful. Absolutely trashed the rest room. I apologized to the Safeway employee as I left the rest room. I was fairly regular the rest of the vacation.

What in the world are you using your plunger for, other than the toilet, that you feel the need to disinfect it???

You don’t use yours to make mashed potatoes?

Who has an “out of the way place” to store such a thing?

Our house has the low-flow toilets - and not the good kind that actually work well, but the kind that are terrrific if you’re peeing, or if you make tiny ladylike poops and use 3 squares of toilet paper. When a neighbor was putting her house on the market, she remarked that “yeah, I have to hide all the plungers” (because really, you need one in every bathroom).

And where do you put that plunger when it’s been used? Ours goes into the shower stall (master bath) or on the floor behind the toilet (powder room), where I try not to think too much about where it’s been.

Who has an “out of the way place” to store such a thing?

In the corner right next to the toilet?

My bathroom is so tiny (“how tiny is it?”) that I can touch any two walls by stretching out my short little arms. Even I have a spot for the plunger, and a brush, so they stay right there in their little corner, never go further than the toilet, and no further disinfection is required.

ETA: I vaguely remember reading this thread when it first arrived on the scene!

Our house has the low-flow toilets - and not the good kind that actually work well, but the kind that are terrrific if you’re peeing, or if you make tiny ladylike poops and use 3 squares of toilet paper.

Get new toilets. Toto makes some really good ones; not cheap, but they’re voracious. We have a plunger, but we keep it in the basement and I can’t remember the last time we had to use it.

Oh, I love these threads!

Tangential but after nearly 40 years, I clearly remember one of my police academy instructors (the psychology block) discussing heaven and hell for some reason. He said one thing was certain - if there is a heaven, you will surely be able to have a BM there. How this related to police work I have no idea.

Thank you for sharing.

RIP, Santo Rugger. It’s always strange when you see an old post by a deceased Doper. Like they’re a ghost in the room.

I agree. I love these threads too. I must be channeling my inner 12 yo boy, but I laughed til I had the hiccups.

I made Beck laugh.

My work here is done…

I know. Made me smile though. Keeps his memory eternal.