In memory of Colibri (George Angehr)

The Straight Dope staff and the management of Sun-Times Media join with the Straight Dope Message Board community in mourning the death of longtime moderator George Angehr, known on this board as Colibri. Like so many associated with the Straight Dope, George led a fascinating, somewhat quirky real-life existence, in his case as a distinguished ornithologist with the Smithsonian Tropical Research Institute in Panama and author of A Bird-Finding Guide to Panama and The Birds of Panama: A Field Guide. The story of George’s long career with STRI is well told here: 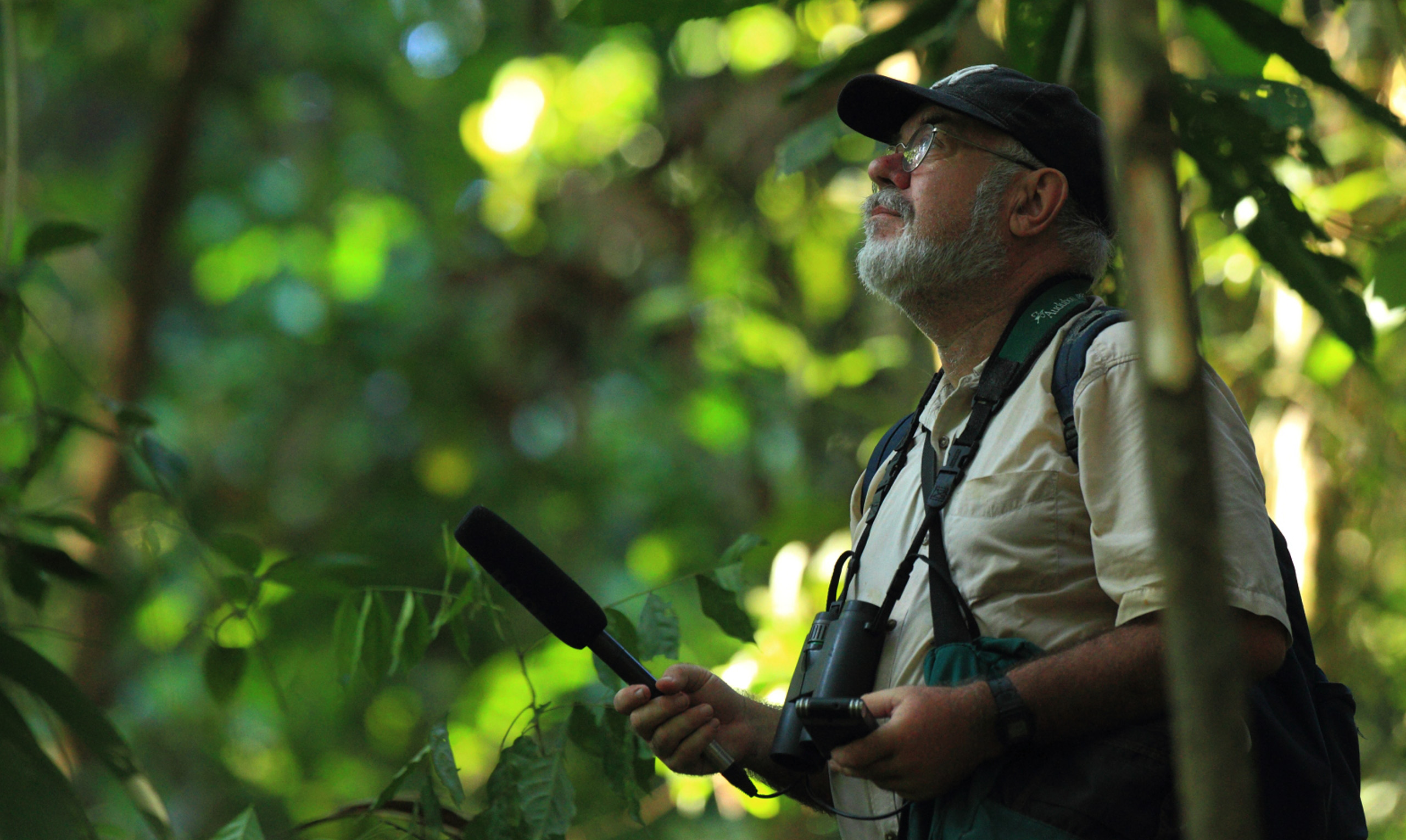 The title suggests George’s role in life – he was an inexhaustible font of knowledge on esoteric subjects in the natural world. We first became aware of his gifts shortly after he joined the Straight Dope Message Board in 2000 and began contributing staff reports and serving as a source for the occasional Straight Dope column. From the start his work displayed the deep knowledge and absurdist wit for which the Straight Dope is known. To quote from one of his early communications regarding a potential contribution:

I think this question is worthy of Cecil as it: (1) comes from a questioner who is obviously dumber than a box of rocks, thus offering ample opportunities for ridicule; (2) features a question so incredibly ignorant that the Teeming Millions will instantly feel smug, thinking they know what the answer is; and (3) allows Cecil to puncture their bubble and explicate learnedly about such fascinating topics as paedomorphosis, neoteny, the repulsive axolotl, and why humans are like baby chimpanzees.

Knowing that editing the work of such an individual would be like trying to touch up the Mona Lisa, Straight Dope author Cecil Adams simply quoted George at length in:

How do caterpillars have sex?

Dear Cecil: Hey Cecil, I have a question that I've been bouncing around for the past few days. How do caterpillars have sex? Axionsj, via AOL ...

George was also the primary source for:

Is it true turtles breathe through their butts?

Dear Cecil: I have read that turtles can breathe through their bums. Is this true, and if so, why did they evolve such a talent and what are the mechanics of this trick? Steve CarrDear Cecil:My...

… the title of which speaks for itself.

On the strength of these and other notable contributions, George was admitted to the Straight Dope Science Advisory Board and began cranking out staff reports on a regular basis. Straight Dope aficionados are invited to search the column database on “Colibri” or “Angehr” for the complete list, but the following will give the flavor:

Why don’t fish crash into the side of the fishbowl?

How can woodpeckers stand all that woodpecking?

Are birds immune to hot pepper, enabling them to eat vast amounts and spread...

George subsequently consented to become an SDMB moderator, in which role he served for the rest of his life. His patience, tact, and sound judgment were an example to the rest of us, as was his diligent work behind the scenes. “He was the most skilled sock-hunter of all of us,” comments fellow mod Chronos, sock puppets of course being posters expelled from the SDMB for moral turpitude who attempt to sneak back in under another name. Aspenglow recalls that, having issued her a warning for an ill-considered remark, George subsequently wrote her to say that on further consideration he was rescinding said warning in view of her positive record till then, thereby halting her incipient slide into crime and setting her on the virtuous path that led to her becoming a mod herself.

George helped make the Straight Dope Message Board what it was and will be greatly missed. We do not, however, subscribe to the view that his like will never be seen again. On the contrary, his life demonstrates that when the struggle against ignorance is going poorly and the need appears most dire, giants will arise.

We do not, however, accept the view that his like will never be seen again.

I commend this optimism - but Colibris have been rara avis in every age.

And we all agree, he will be missed most deeply.

Thank you very much, Ed, for a lovely summary of such an unusual and talented mod and poster.

See, here’s the thing, I never knew all this about Colibri.
(Thanks @Ed_Zotti )

He never failed to box my ears when I did something stupid, and I often did.
I thought he just didn’t like me .
I PM’d him once when I made a minor error and he mod-noted me. I asked him straight up why he hated me so bad.
He said, “I ain’t got time to hate you”
That pretty much put me in my place.

I realize now he was teaching me. And I was a bad student.

Thank you very much, Ed , for a lovely summary of such an unusual and talented mod and poster.

Can’t say it better than this.

Quoting this from the MPSIMS thread:

The STRI has added a news article about his passing.
Ask George: Remembering George R. Angehr (1951-2021)

George helped make the Straight Dope Message Board what it was and will be greatly missed. We do not, however, subscribe to the view that his like will never be seen again. On the contrary, his life demonstrates that when the struggle against ignorance is going poorly and the need appears most dire, giants will arise.

That is a very comforting optimistic message to hear, I believe it is true. Godspeed Colibri

Can’t say it better than this.

I treasure my past interactions with Colibri. He educated me, and he schooled me too.

He was a giant, both here and in the larger world.

I’ve been scarce around here lately, but I got the news on the Facebook page. Oh boy.
A true intellect and gentleman.

A well-spoken and lovely tribute. Thank you, Ed.

I’ve said this elsewhere but Colibri was one of my favorite people here. His absence of late has been noted by many people and unfortunately now it will be never ending. But I agree that he made this board better and it will still be better just having had him once.

He was very smart and helpful to me, not just because of the vast things he knew and shared, but his wisdom too which is much rarer. And he was fair, as @Beckdawrek stated he would let you know when you did something wrong, as he did for me a couple of times. But you knew if he noted you, you were in the wrong. He’s the kind of person that mods should try to be, posters should try to be, anyone should try to be.

Thanks for this, Beckdawrek.
And to Ed for his moving and informative tribute.

George subsequently consented to become an SDMB moderator, in which role he served for the rest of his life.

A life sentence well served, and to the great benefit of many. Thank you, Ed, for shouldering these burdens.

Will we be doing a tribute for him as with TubaDiva?

He never failed to box my ears when I did something stupid, and I often did.

Thank you for the tribute. I enjoy being able to read his contributions to the Board. He is and will be deeply missed.

I can’t recall if his mother has already passed? I know he spoke of her from time to time, and I got the impression they were close. I would like to extend to her my condolences if she is still alive.

I too would love to contribute to some kind of memorial, like we did for TubaDiva.