Full disclosure: I own a sport bike. I currently have broken ribs from a crash last week. No other vehicles involved so I can only blame myself and the bike. If I could mend my ribs in a week, I’d get right back on it, proving I’m part of the less-than-wise old male demographic.

So what other inventions were better left uninvented? And do you disagree with any of my 3?

Is there some add-on thing that makes cars extremely loud and causes them to backfire? Because that seems to be becoming all the rage and it’s horrible. You can hear idiots roaring along major street arteries, punctuated by explosive backfiring, a mile away. It’s getting awful.

We certainly don’t need this whether it’s an invention or not.

I would say that fentanyl would be fine, if it was limited strictly to legitimate medical uses. The problem isn’t really with the drug itself, it’s with the ease of use, ease of production (it’s not made from poppies), and extreme potency. The real problem is that once the opioid epidemic kicked off, fentanyl was well positioned to be an excellent illicit drug from many standpoints.

Wing suits and sports bikes fall in that category of if people want to do that stuff and get banged up or killed, then that’s their problem. I’m sure they’re great fun, but they do seem awfully dangerous.

The catch is that pretty much every invention solved a problem at the time, and often had negative consequences discovered years or decades later. Things like freon made refrigeration/air conditioning affordable for millions, even if it ended up causing ozone depletion. Plastics are far better than their alternatives for many applications, even if they’re environmentally persistent. Hydrogenated oils are great for certain food applications where things like coconut oil or palm oil would be prohibitively expensive. But the trans-fats in them aren’t good for you… but nobody knew that at the time.

I’m struggling to think of something that really only has downsides, even at the time they were invented. Tetraethyl lead is about the only one I can think of; it was used as an antiknock compound in gasoline instead of alcohol basically because it was cheaper. This despite knowing about the health risks of having a lead compound involved in engines.

I’ll put a slightly different spin on this and say we are mis-using a lot of our inventions.

Touch screens have their uses, but don’t belong in any human controlled moving vehicle, for example.

We figured out indoor plumbing quite some time ago, but we keep “improving” the fixtures to the point where they are inscrutable to unfamiliar users. I’m looking at you, Hyatt Hotels.

I’ll go with internet connected appliances, like thermostats, lights, vacuum cleaners, and door bells. They are overwhelmingly used to spy on their purchasers. Most of their benefits, like being controlled from your phone, could be achieved without the privacy implications but there is more money when appliance sellers spy on you, so that’s what they do. I feel the same way about any voice controlled apps or appliances. There is a small subset of people who can benefit from voice controlled appliances. Most people are merely accepting being spied on 24-7 because they are too lazy to get off the couch to turn on some music.

(she says, having just hung up the phone)

Salad Shooter. Not particularly easy to use, rather difficult to clean, and by the time you put it together, use it, and take it apart to clean it, you could have chopped all your veggies with a knife.

What do you think about the Salad Shears?

This salad gadget is a meal prep game-changer.

Is there some add-on thing that makes cars extremely loud and causes them to backfire?

Amen. I call those fart cans. I think that electric vehicles won’t really become popular with a certain subset of the population until they can the rigged to make an obnoxious noise when you punch the throttle. The fact they can accelerate off of the line quicker than anything (except perhaps those sports bikes in the OP) is irrelevant to them – the noise it the point.

How can you leave out the Poster Child for useless inventions – the Ronco Inside the Egg Egg Scrambler? 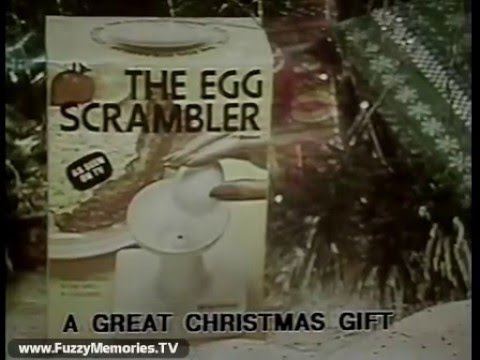 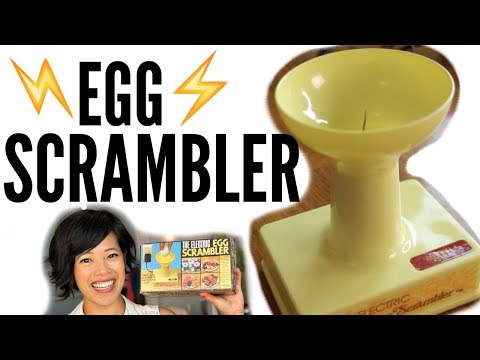 Seriously? That’s not going to work.

I’ll go with internet connected appliances, like thermostats, lights, vacuum cleaners, and door bells. They are overwhelmingly used to spy on their purchasers

Wait… What??? Washers and Dryers are spying on people???

The butt-crack deodorant currently incessantly hawked by an obnoxious harridan as a Christmas stocking stuffer. Unnecessary and passive-aggressive to boot.

Seriously? That’s not going to work.

The whole world is built around private ownership of cars, so no, not in my lifetime. But there isn’t any reason why we couldn’t construct a world where we moved around with much different – or no – technology. It was hardly a blip ago that they were invented, and before that, people used other things to get around, or just walked. They take so much from the planet. I wish they didn’t exist.

I still can’t figure out why someone invented the touchless hand-soap dispenser.

I’ll go with internet connected appliances, like thermostats, lights, vacuum cleaners, and door bells. They are overwhelmingly used to spy on their purchasers.

I don’t get the excitement over smart thermostats. A thermostat is so basic, you don’t need any extra logic to control it. If you are cold, turn it up. If you are hot, turn it down. If you are away, turn it off.

Dumb thermostats have had a built-in schedule for years - that handles the daily cycle and also caters to a different weekend schedule. Nothing else needed.

OK. I get you, but many, many of us live where private ownership of cars is the ONLY option. Short of having a transporter that will handle pickup sized loads, I don’t see what else could be done.

Sure, the driver is not that hot, while the passenger is sweating. The climate vents can be directed so one person can get blasted with icy cold air in the face.

But this is a ~ 40 cubic feet volume of enclosed space. You’re not going to have a 69F bubble in the passenger area and an 81F bubble in the driver area*. It just seems so useless to try to engineer and implement something that will have no actual practical effect in the real tiny world of a car.

*Unless both are in actual bubbles.

many, many of us live where private ownership of cars is the ONLY option.

That’s in large part because of the existence of the cars.

I also live where a private car is my only good option – though my Old Order Mennonite neighbors would often disagree. However – the railroad line my property backs up to hasn’t taken passengers, in any fashion, for years. But the man I bought the place from told me that, when he was a child, you could walk up there (or I expect be taken in a cart) and flag the train down, and they’d stop and let you and your goods on. At that time there were a whole lot of little passenger stations every few miles; and once on the train, you could change in a larger city, and get nearly anywhere in the Northeast and a whole lot of places in the nation. No individual car, car repairs, car insurance, license, ability to drive, state of being able to stay awake while travelling required.

Suppose that instead of making a lot of fast individual internal combustion cars we’d kept putting that money into passenger service on the railroads, and developed little electric vehicles that went maybe 20 MPH and were designed to work on rough ground and minimal roads, while doing very little damage if they hit somebody, with which to get from houses to the railroad station? We’d have saved a lot of lives over the years, both from accidents and air pollution; and a lot of fuel; and a lot of money on road repairs.