He had been ill for several months with pancreatitis and sepsis. Nasty stuff.

Robert Eugene Steinhardt (May 25, 1950 – July 17, 2021) was an American rock violinist and singer best known for his work with the group Kansas, for which he was co-lead singer/"frontman" and MC along with keyboardist Steve Walsh, from 1973 to 1982 and from 1997 to 2006. He and Steve Walsh were the only original members of the band who are not from Topeka. Born in Chicago, Illinois in 1950, Steinhardt grew up in Lawrence, Kansas and was the adopted son of Ilse and Milton Steinhardt. Milton Ste...

In this documentary, which was probably made for PBS, he said that not only was he always first chair in his school orchestra, he tried out for Kansas All-State Orchestra, at a friend’s suggestion - and was first chair there, too! At that point, he wondered if he might be, like, on to something. 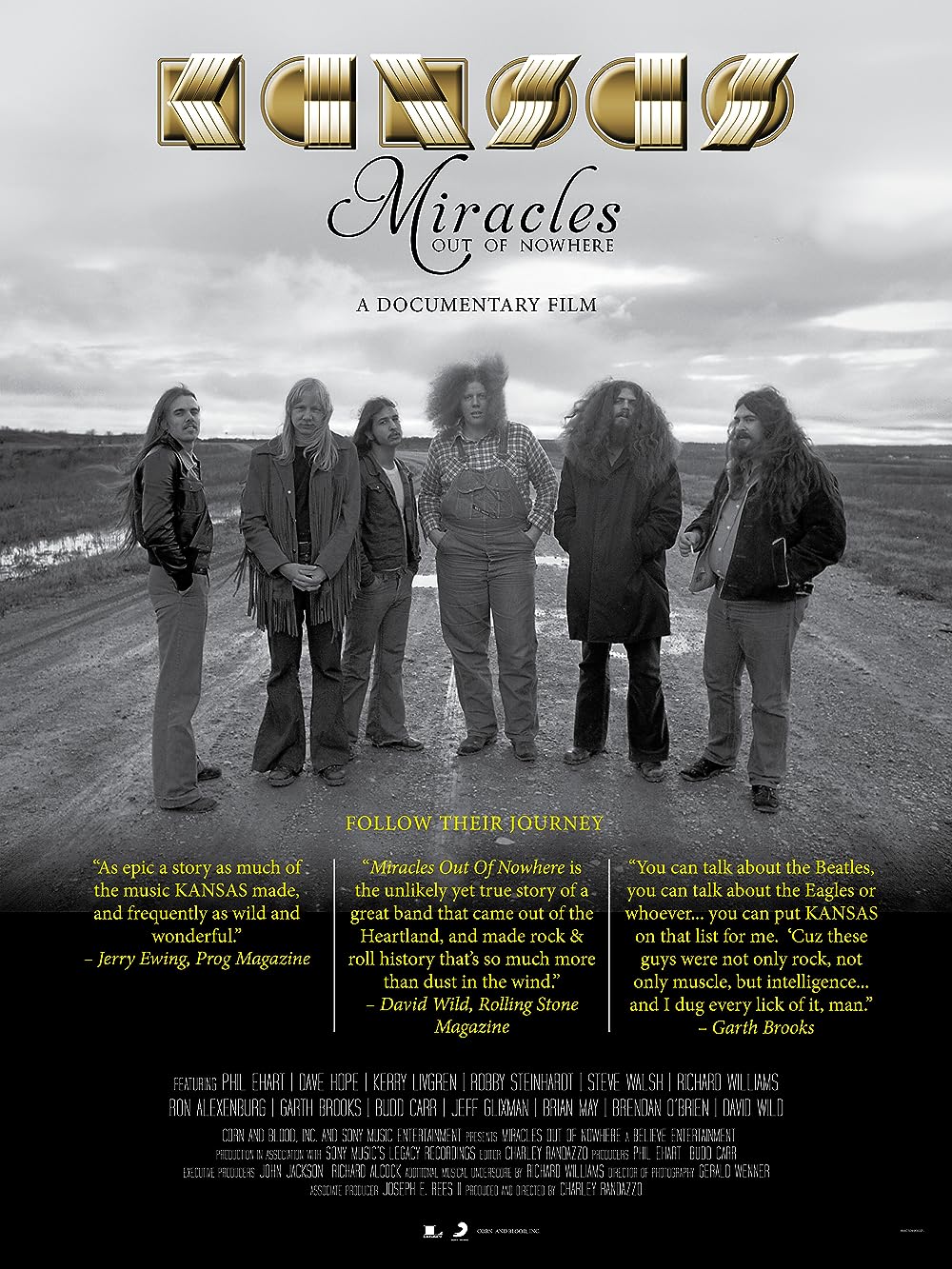 He is the first member of this classic 70s/80s prog band to leave us. RIP.

I was a big fan of theirs back in the late 70s/early 80s, and still listen to their early stuff (up through “Point of Know Return”) even today. Kansas was one of the few American prog-rock bands, and Robby’s violin was a big part of that. RIP Robby.

Saw an article about his death last night with a link to the video of the obvious epitaph song “Dust in the Wind” and watched it in his honor. One of the best songs about the inevitability of change and death ever made, IMHO.

Kansas was the first band I ever saw in concert. I was 13 or 14. A couple of my 8th grade friends were big fans, and turned me on to them. I remember thinking they put on a fantastic show, although I had nothing to compare it to.

I’ve re-listened to their music over the years, and I think it holds up very well, especially their older stuff that doesn’t have quite the overproduced, prog-rocky late 70s sound of their later albums, like ‘Leftoverture’ or ‘Point of Know Return’, though those albums are still fun to listen to, too.

Lay your weary head to rest…

Kansas was my #1 favorite band for about two years in high school. (I was proud of my ability to replicate their distinctive album cover lettering in the margins of my notebooks.) I even bought the solo albums by Walsh and Livgren. But once I caught on that the lyrics were often Christian messages or parables their star started to fade for me.

Plus, I discovered Yes and King Crimson.

I saw them about 4 years ago in a small theater. It was a fantastic show. They sounded amazing. That documentary is highly recommended.

A little bit underrated was Steinhardt’s talents as a vocalist. He was lead singer on a lot of Kansas’ older catalog, especially the blues-influenced tunes. His voice was less soaring and more gritty than Steve Walsh’s but well suited for the songs from that earlier not-so-prog era.

Leftoverture was the first album I ever owned on my own. There was music around from my older siblings but Carry On My Wayward Son was the first song I heard that made me say “I want to get that.”

The documentary Miracles out of Nowhere was mentioned. It is a very good doc that deals with the early part of the band. They all participated. But it did gloss over the later issues with the band that I believe mostly happened because Walsh became a dick but also because the band didn’t follow Livgrin’s religious views.

The song the doc was named after is maybe the best showcase of Robby’s vocals and violin playing. The violin has a Dixie Dregs feel. 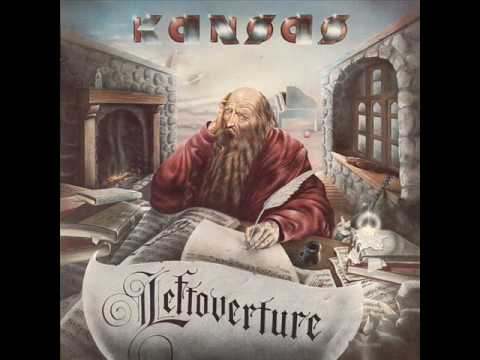 Kansas was my #1 favorite band for about two years in high school. (I was proud of my ability to replicate their distinctive album cover lettering in the margins of my notebooks.) I even bought the solo albums by Walsh and Livgren. But once I caught on that the lyrics were often Christian messages or parables their star started to fade for me.

Plus, I discovered Yes and King Crimson.

The spiritual aspects of the band were almost exclusively from Livgren. He didn’t convert to mainstream (but hardcore) Christianity until after the Monolith album. Before that he was into some weird spiritual shit which also found its way into his lyrics. His religion also led to the break up.

Yes, Livgren had been raised Lutheran but never really accepted Christ until ca. 1980. Prior to that, he had been studying Urantia, which is a New Age quasireligion that does have Jesus as a character in its 2,000-page volume.

I don’t remember any of them, including Livgren himself, talking about his conversion, and the story does pretty much end with the “Monolith” album and changes in the original personnel.

Oh, and VH-1 wanted to do a “Behind The Music” on them, but scrapped the project because the band members didn’t have enough hard-luck stories for them. One of them lost an eye as a child but he dealt with it, there was drug use in the band but AFAIK nobody became addicted (except for Steve Walsh, from what I’ve heard), a couple members got divorced but they said that would have happened no matter what they did for a living, that kind of thing.

Here’s one of my currently favorite YTers’ opinion of “Magnum Opus.” 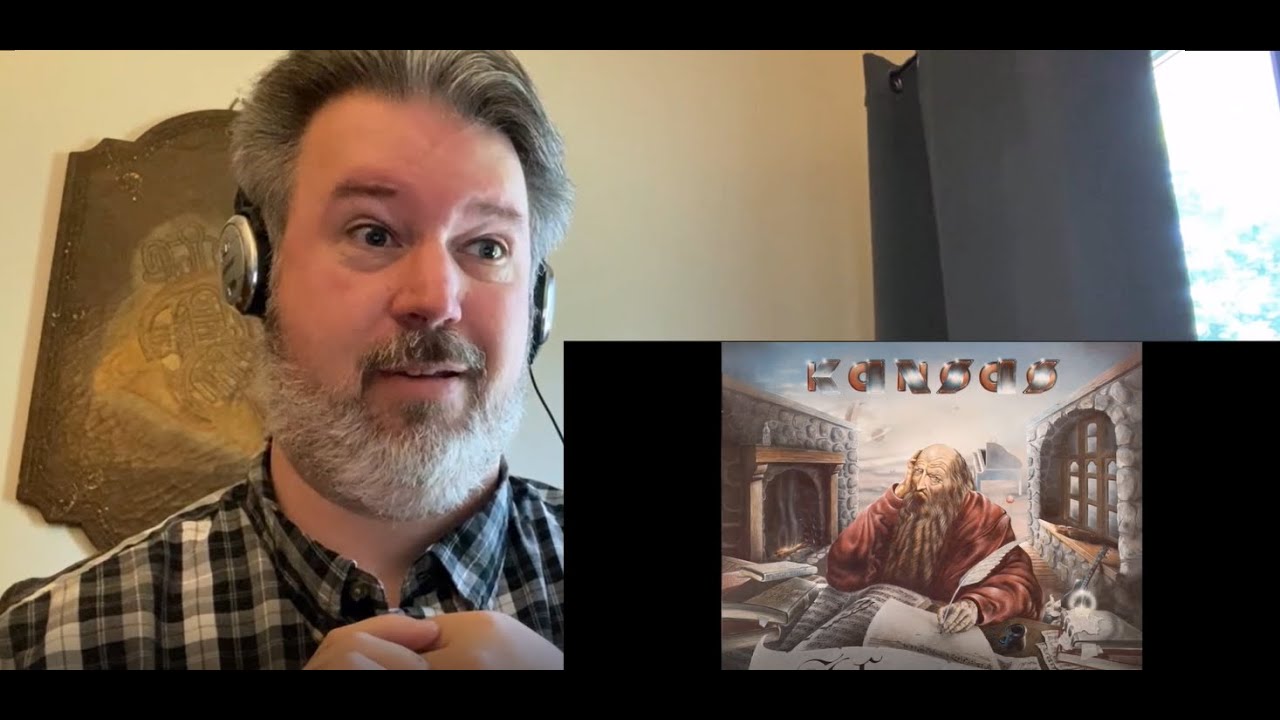 All my friends liked Kansas, I just couldn’t. Loved Scarlett Rivera as best violinist, I guess.

RIP, Robby. Dust in the wind.

What a wonderful song.