Behrad should have known that if a stupid plan is in the offing that the Legends won’t be there to stop it - they’ll be there to make it happen.

People being immediately dressed after sex is a common TV trope, but it’s particularly funny for Rory and Kayla, who are in a very small enclosure, and somehow manage to get fully dressed shortly after their encounter.

P.S. They got to the fire works factory!

And so we finally got Sara back. That can’t be the end of Bishop, right? He’s probably stashed himself on a flash drive somewhere. I’m sure we’ll also see Kayla again.

People being immediately dressed after sex is a common TV trope, but it’s particularly funny for Rory and Kayla, who are in a very small enclosure, and somehow manage to get fully dressed shortly after their encounter.

In a small enclosure, they possibly never got naked.

Kayla probably just took off her ring, so Mick was doing it with a full-on alien.

Kayla definitely took off her ring; we saw tentacles thrashing around through the frosted glass. And Rory didn’t need to do more than unzip. If that - “sex” doesn’t necessarily involve penetration by the male member.

And I have now thought far too much about the mechanics of Kayla and Rory’s hookup, and I need brain bleach, and I hate you all for making me think about it.

Ok, you’ve convinced me… that I don’t want to think more about the situation. 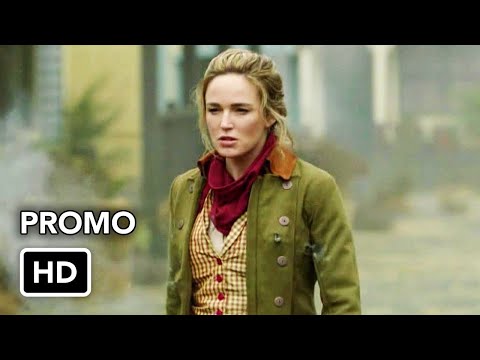 KEEPING CALM - With everyone finally back together, the Legends find themselves looking to Nate to keep everything calm while in the old West on a mission to find an alien. After trying to keep things normal, Sara reveals her secret to Ava and the team, leaving them all shocked. Constantine looks to Gary who might have answers the answer help to his problem. Spooner and Astra are forced to work together despite their clashing personalities which ultimately helps push them to hone their powers. Meanwhile, Zari takes an unusual interest in Behrad’s personal life.

I meant to bring this up before - the writers now have a built-in deus ex machina for any problem. We know that Sara has healing powers, but it seems unlikely that Bishop gifted his ‘new Eve’ with only one non-human attribute.

I trust the writers to handle it responsibly (within the winking at the fourth sensibility of the Legends), but I assume at some point we’ll find out that Sara can shoot lightning bolts or something.

This episode was both directed by and guest starred David Ramsey as cowboy not-John Diggle. Other shows would tout the stint in the promo and in the episode description. This one didn’t, preferring to keep it semi-secret and pleasantly surprise us amidst all the other craziness.

The show has previously provided copious meta-commentary – about how bad the first season was, how the special effects could be better, about whether to join the annual crossover, how the like Disneyland the saloon was – but this is I believe the first time they have outright broken the fourth wall with the cowboy narrator singing directly to the viewing audience. Too bad Ava threw him out.

This episode was both directed by and guest starred David Ramsey as cowboy not-John Diggle. Other shows would tout the stint in the promo and in the episode description. This one didn’t, preferring to keep it semi-secret and pleasantly surprise us amidst all the other craziness.

It took me waaay too long to figure out that’s who he was. When he took his mask off, I thought he looked really familiar, and that was a very fake looking mustache, but I couldn’t place who it was. I didn’t figure it out until Sara recognized him (“Dig!”), and then it immediately clicked. In my defense, I’ve only seen a handful of episodes of Arrow and mostly know Diggle from the handful of cross-over episodes he’s appeared in. 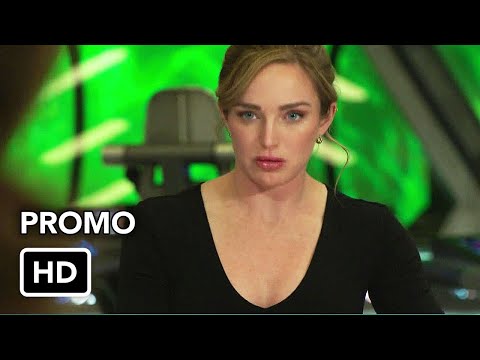 TAKING THINGS FOR GRANTED - Behrad is disappointed because the Legends have forgotten his birthday, so when they track an alien pod to 2024 and wind up at his favorite television sitcom, he thinks it’s really a surprise for him. Feeling guilty, Nate and Zari occupy Behrad by keeping up the ruse by attending a taping of the show while Ava, Spooner and Astra try to find the Alien to get the timeline back on track, which proves challenging. Meanwhile, Rory’s behavior has been a little off, so Sara and Gary become determined to find out what happened, but Rory gets some unexpected news from his daughter, Lita (guest star (Mina Sundwall.)

A fun episode that delved a bit into Behrad’s character, a good thing as I was afraid that the writers had forgotten about him. I needn’t have been so concerned; they were just waiting for the right episode. Also Behrad and Astra is an odd pairing, but I think I like it.

So Gus-Gus is the show trying to get some more merch out there, right? Because they were so successful last time with Beebo.

Amidst all the other craziness: Both Lita and Rory are pregnant and we’re going to get Zari 1.0 back for a while. 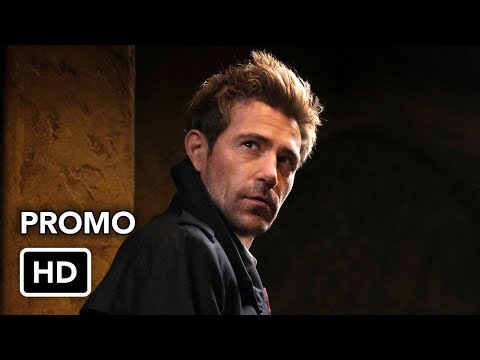 THE CYLCE OF LIFE - With Constantine obsessed with getting his powers back, he convinces Spooner to join him on the quest to find the Fountain of Imperium. After they find themselves at the end of the Spanish Civil War, Spooner makes an unexpected bond with someone she feels the need to protect them from everyone, including Constantine. Now that they have a special guest on board the Waverider, Nate, Zari, Behrad, Gary and Astra all work together but experience some growing pains along the way. Meanwhile, Sara and Lita (guest star Mina Sundwall) are concerned about Rory’s health, so they try to convince him to take it seriously.

Kind of an odd disjointed episode. Looks like the writers wanted to adapt a Hellblazer storyline, or move Constantine closer to his comics persona. And they wanted to pair him with Spooner rather than Astra for a change. At least the Spanish Civil War is a milieu not often visited in these kinds of shows. Oh, and there really wasn’t enough material for Constantine and Spooner so they threw in some random stuff about Gus-Gus, Lita, and Mick.

I’m still irrationally annoyed by Constantine’s tie. There is no way that he can have a tie that loose and it still stops above his waist.

Maybe it’s a bow tie. A very, very long and straight bow tie that Constantine could never figure out how to tie.