Very sketchy info at this point but Chicago news stations reporting multiple people injured and at least one person killed at the parade this morning in the northern Chicago suburb. WGN news link here.

A reporter for WGN-TV who lives in the area and was at the parade has reportedly said a person was on the roof of a building along the parade route and began firing into the crowd.

More information here. Reports say the shooter has not been caught.

I just heard a state senator interviewed, (She was in attendance) and she said that she understood something like 50 shot, nine killed. I have no verification.

Geez. WGN is interviewing a parade attendee right now who says he saw the shooter crouched on the ground (behind a mailbox maybe?) and got off at least 40 shots and stopped to reload.

Other unconfirmed reports were saying shooter was on a rooftop but this guy is adamant that was not the case. He sounds credible but who knows.

Hard to say at this point, though WGN is reporting that they are being told that it is suspected that there was a single shooter.

WGN is also saying that they have learned, from law enforcement, that two people have died.

At this point, it appears that the shooter is still at large. There’s now a huge number of police officers searching the area.

I just talked to a friend whose sister lives in Highland Park. She was at the parade and says the shooter was about 50 feet away from her and her family. He was crouched on the ground firing rapidly into the crowd according to her.

BREAKING Statement from the village of Highland Park just came out and say 5 dead, 16 transported to hospitals with injuries.

Update: the Highland Park Police have just released a statement, stating that there are five dead, and another 16 transported to hospitals.

At this point Channel 7 in Chicago is saying 5 dead and at least 16 more injured. I expect the death toll will go up as some of the wounded are likely to not make it, and also because right now information is confused. I would take any number with a very large grain of salt.

Unfortunately, I expect more of this sort of shit because of the death-cult types in the US who want their guns and don’t give a shit about human life.

I’m angry and disgusted and ready to punch whoever says “thoughts and prayers” first.

“I grabbed my son and tried to break into one of the local buildings, but I couldn’t,” Sandoval said. “The shooting stopped. I guess he was reloading. So I kept running and ran into an alley and put my son in a garbage dumpster so he could be safe.” 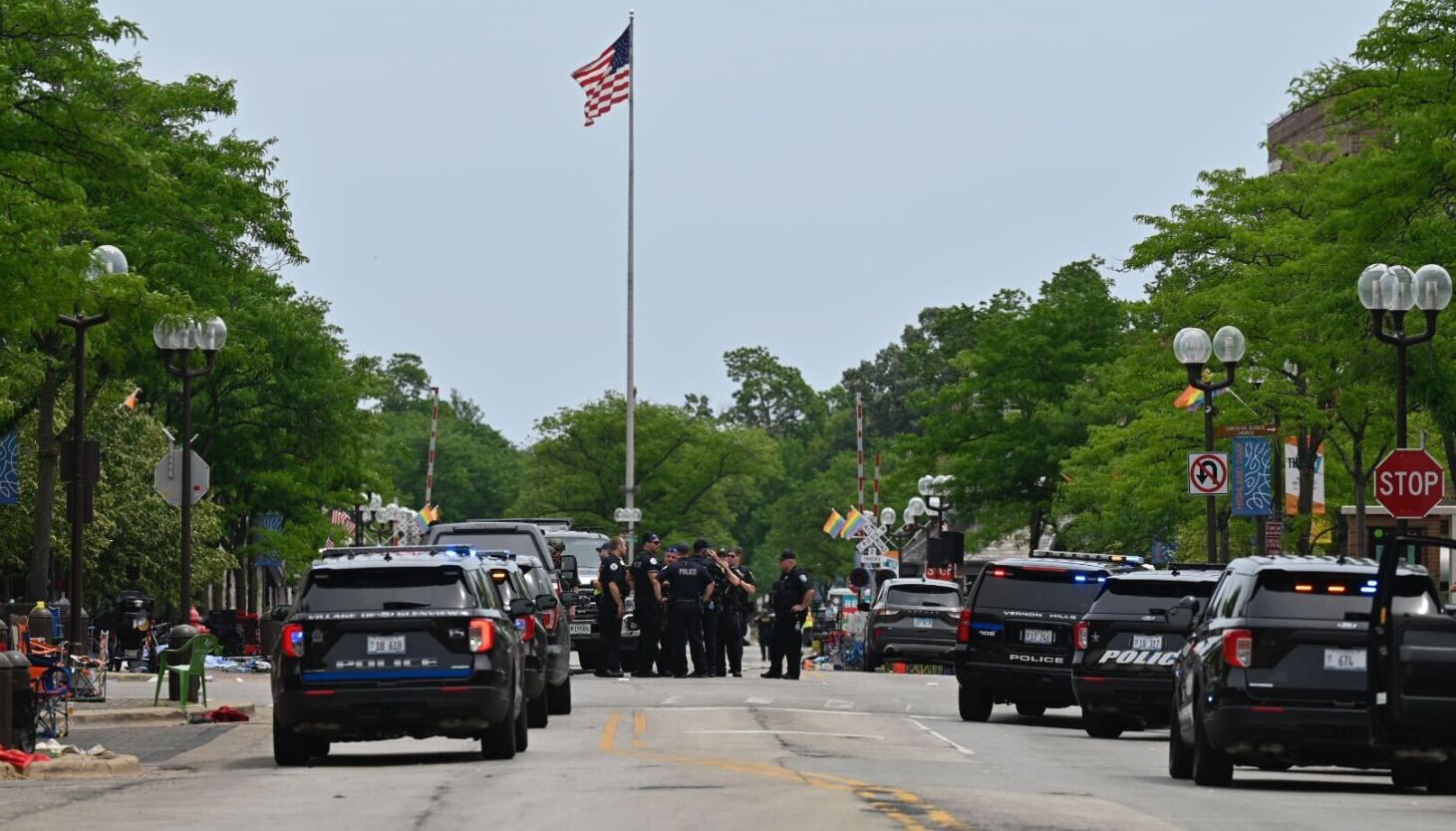 “This doesn’t happen here,” said a witness who ran to safety with his family. “It shouldn’t happen anywhere.”

It just gives me chills …

I’m outside Chicago. Several towns near Highland Park have cancelled their parades/gatherings out of caution. This shooter needs to be downed ASAP.

Press conference is underway. The Highland Park police are stating that their suspect is a white male, 18 to 20 years old, and that they have recovered a firearm.

They also stated that a sixth victim has passed away.

Press conference happening at the moment.

Gunman is a white male, 18-20 yo, long black hair, slight build and a white or blue t-shirt and is still on the loose. People are urged to continue sheltering in place. They have recovered a weapon. 24 people taken to hospital with 6 confirmed dead.

ETA: They also are saying he did appear to be shooting from a rooftop so IDK what is up with the other witnesses saying he was crouched on the ground.

What is it with males of that approximate age? Here, Uvalde, Newton, Connecticut, even the recent shooting in Copenhagen.

Is God even on Twitter? I think of him as more the TikTok type.

What is it with males of that approximate age?

The human brain isn’t fully mature until the mid-20’s, so you have young male humans full of hormones that promote strong emotions who haven’t quite mastered full adult self-control. They get frustrated, pissed off, whatever and express themselves/act out in horribly toxic ways.

That’s why a lot of cultures have coming-of-age ceremonies, start putting responsibilities on young men, encourage sports, or plonk them into the military where (presumably) they’re under the guidance and command of older and more organized men, to divert that energy into more positive areas and (hopefully) catch the really out of control ones early. It’s also, unfortunately, why young men in that age range make for good cannon fodder during wartime.

Which, I hasten to add, should not be taken to mean that ALL young men are grenades waiting to go off - MOST young men manage to be upstanding citizens and behave. It’s just that this is the age when they’re most at risk of going off the rails and a certain percentage of them do just that. Just like teens are at high risk of making poor decisions like taking street drugs, attempting suicide, and taking dumb risks. Most of them survive - some don’t. The problem is that when young men engage in mass shootings the impact is on other people, not just themselves.

Phony. He doesn’t have the little blue checkmark.

ATF has the rifle and is starting the process of tracing it back to the purchaser.