Mike Pence in 2024-- please tell me it's not happening

A veritable bumper crop in the GOP these days. 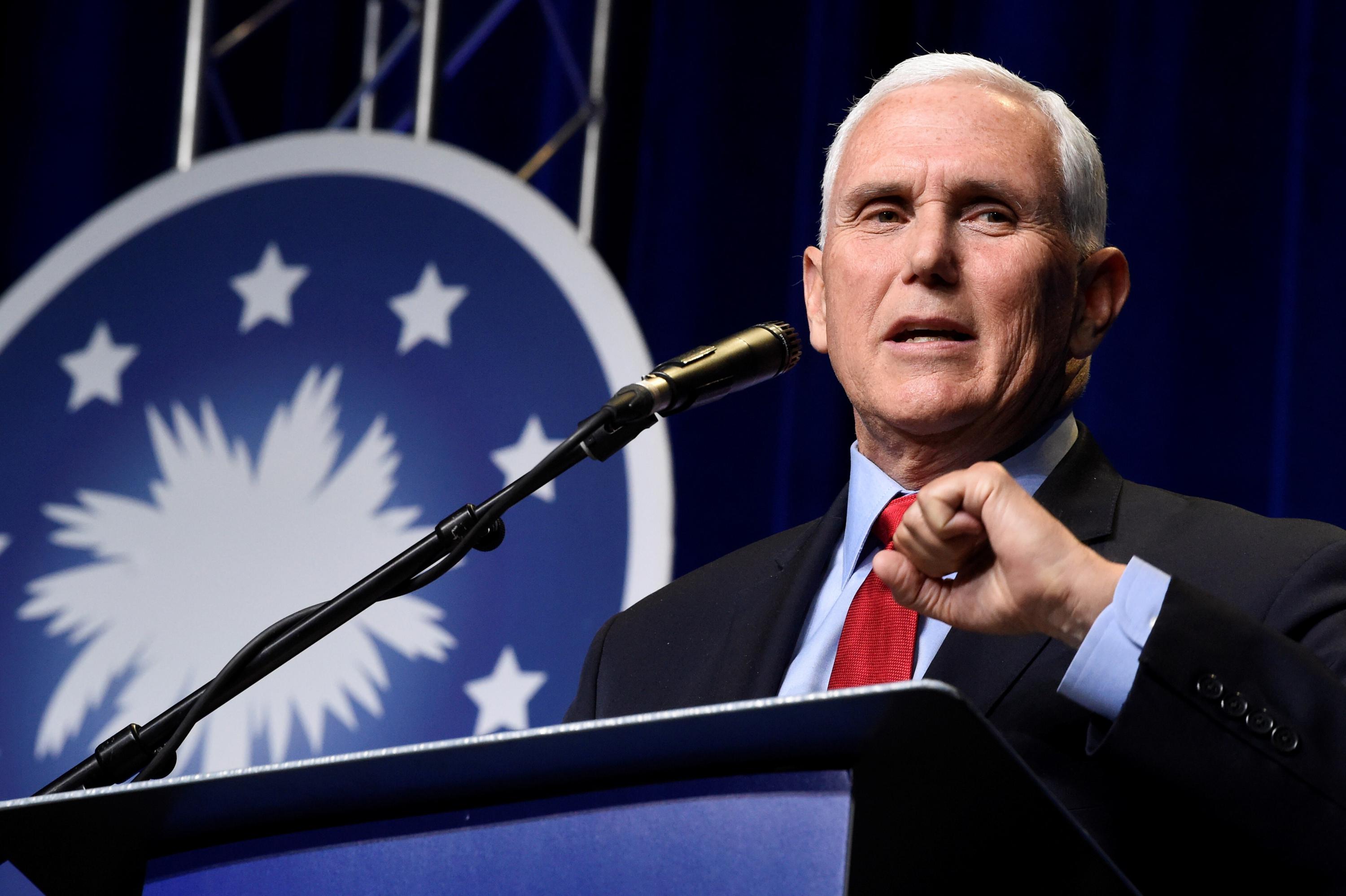 COLUMBIA, S.C. (AP) — In his first public address since the end of the Trump administration, former Vice President Mike Pence on Thursday put down a marker for a potential return to elected office, telling an audience in early-voting South Carolina...

In his first public address since the end of the Trump administration, former Vice President Mike Pence on Thursday put down a marker for a potential return to elected office, telling an audience in early-voting South Carolina that he will use the coming months “pushing back on the liberal agenda” he says is wrong for the country.

“We’ve got to guard our values … by offering a positive agenda to the American people, grounded in our highest ideals,” Pence told an audience of several hundred at a Columbia dinner sponsored by a conservative Christian nonprofit that lobbies for what it considers to be “biblical values,” such as heterosexual marriage. “Now, over the coming months, I’ll have more to say about all of that.”

Mike’s not fuckin’ around with that weak-ass two weeks bullshit; he’s jumping right up to months.

This is suitably scathing:

Our 'Fraidy of Perpetual Toadying, Mike Pence, is *still* sucking up to Trump

No one has ever tried to have me killed before (that I know of), but if someone did, I doubt I’d sing hosannas and paeans to him mere months after he’d sent a mob to my workplace to murder me—or after he’d ignored my plaintive cries for help when...

Holy crap, he’s so spineless that Waylon Smithers would tell him “dude, grow a pair”.

I don’t see a path for Pence right now, but whatever my feelings about him may be, I’ll concede that he has pretty sharp political instincts and survival skills. He’d like to run in 2024 but there’s time for a 2028 run if the path isn’t there in a few years, and anything he does between now and 2023-24 is probably setting the table for a later run once the Trump brand’s lifecycle expires, which it eventually will.

What values would you expect a Super Christian to stand up for?

What values would you expect a Super Christian to stand up for?

I guess the most important one would be the Value of Exploiting Marks to Send You Money to Pad Your Own Bank Account.

Seems that is what passes for “Christian values” in most of the country.

Force women to have children they don’t want, then refuse to support a social safety net for them?

Trump’s personal political decline doesn’t necessarily portend the demise of Republican authoritarianism. What Trump will be remembered for, regardless of his political lifespan, is that he mainstreamed the GOP as the party of illiberal democracy. That die is cast. That is not going to change until an overwhelming majority of the population sends an unmistakable middle finger to that brand of politics, and unfortunately, we are nowhere close to that moment now. In fact, the impending ouster of Liz Cheney makes it very clear: the Republican party is openly illiberal. They’re not even hiding it now. They are openly standing against free and fair elections, and all of the consequences that result therefrom.

That may all be true, but this country and democracy itself would be better without Trump than with him.

Trump is still denouncing Pence for following the law and constitution, so I cannot imagine who would back him for president now. He has offended both the Trump wing and the never Trump wing.