According to TV, Cubs have come back from a 5 run deficit in the 8th inning for the first time since 1979. It’s Cubs 7-6 over the Cardinals in the top of the 9th.

Yanks finally let Florial play, he gets his first homer. I hope he sticks. Greg Allen making the most of his chance. Nice to see the youth get a chance to play. Maybe the season isn’t lost yet.

And there was a trade. Chicago sent Joc Pederson to the Braves for minor league 1B Bryce Ball. I didn’t see this listed above. 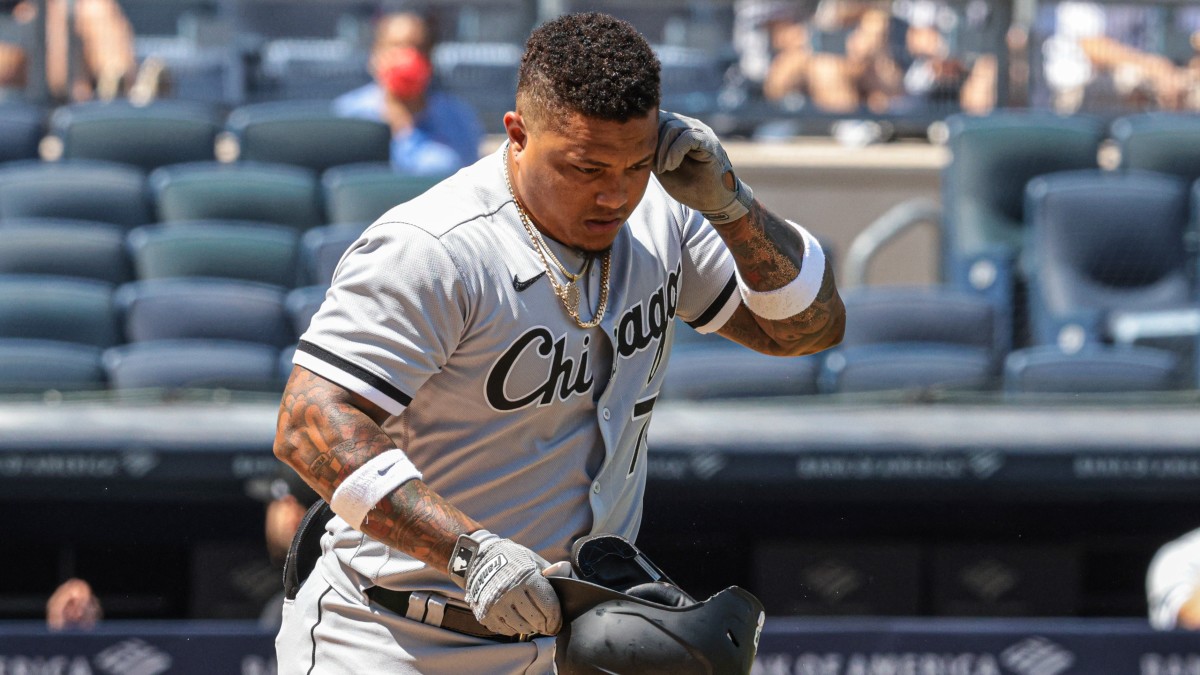 White Sox DH Mercedes Steps Away From Baseball: 'It's Over'

Mercedes said in an Instagram post Wednesday that he was stepping away from baseball for a while. The rookie was recently demoted to Triple-A.

This doesn’t sound good at all. I understand he’s mad about being demoted to the minors, but it happens.

Damn. Just yesterday I looked up his record in the minors and was thinking he’d be back any day now.

He also wasn’t in that bad a shape when they sent him down; he’d actually had a run of solid games. He had a bad June, but it’s weird to send a guy down after a bad month but immediately after four good ballgames.

Yermin Mercedes’ retirement lasted one day; he returned to play for the White Sox’ AAA affiliate today, after apologizing for yesterday’s post (and, apparently, having a change of heart).

The ESPN article below indicates that Tony Larussa was going to contact Mercedes; it may be that he helped talk Mercedes into returning. 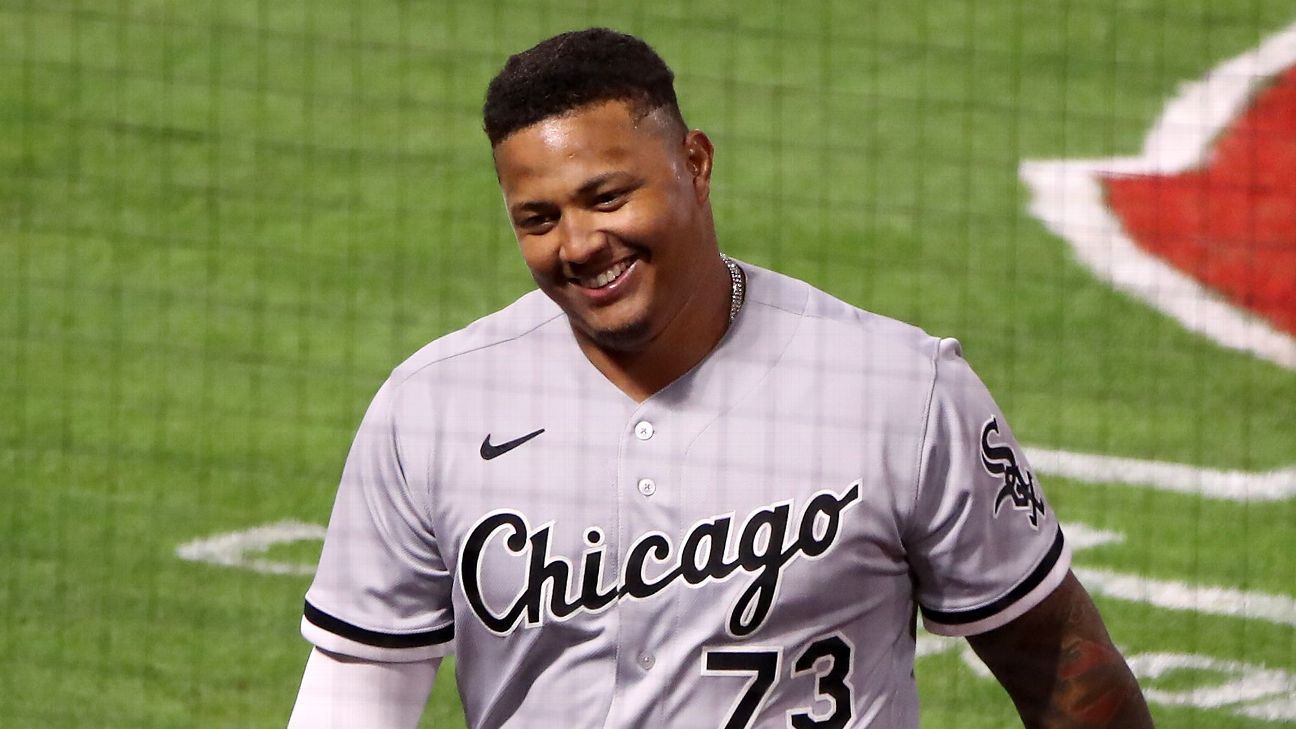 Mercedes says 'I'm back' day after stepping away

One day after announcing he was stepping away from baseball, Yermín Mercedes was back with the Chicago White Sox's Triple-A affiliate Thursday.

Not MLB, but one crazy baseball game: 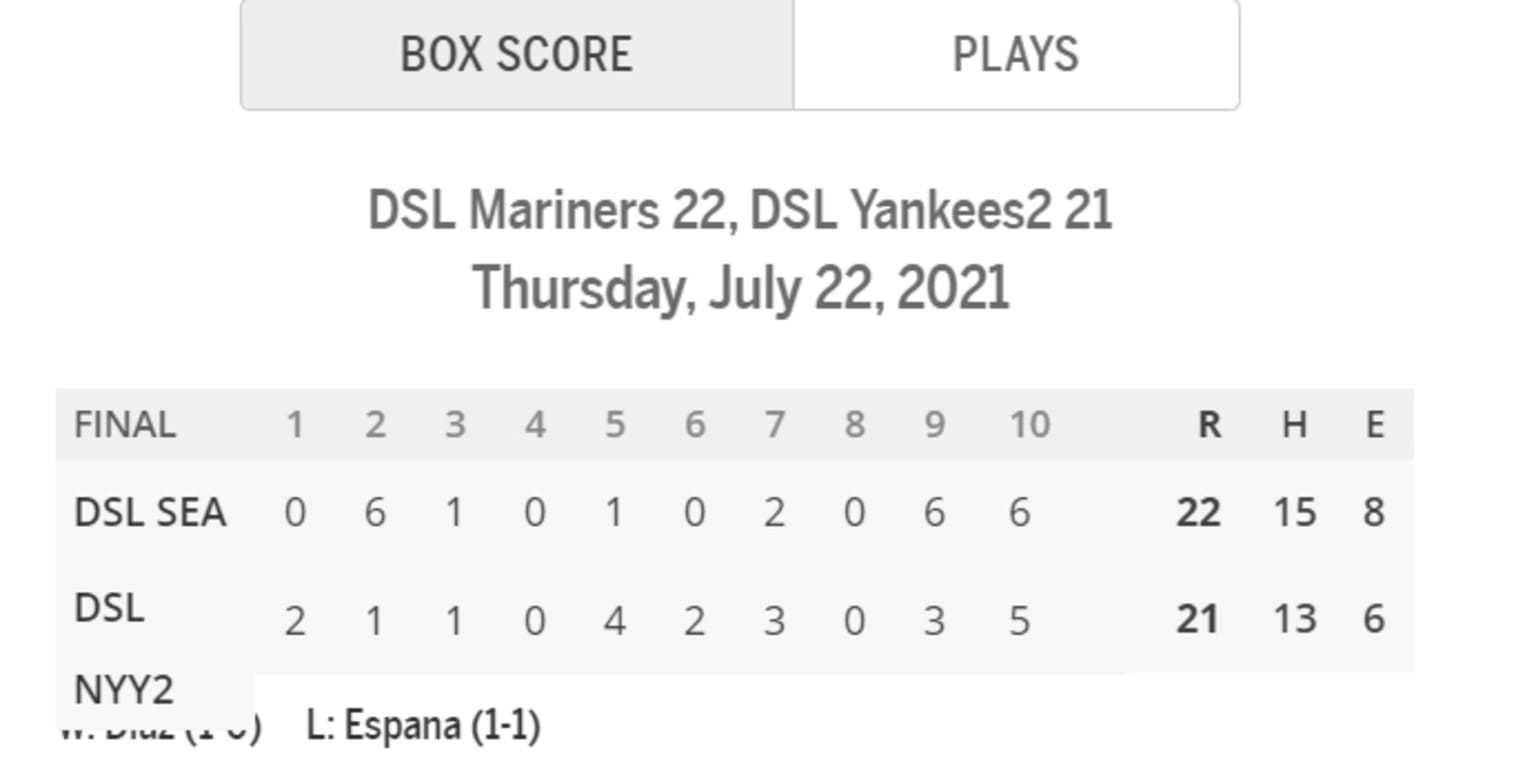 Imagine this: 43 runs on 28 hits, along with 31 walks, six hit batsmen, eight wild pitches, two balks and 14 -- count 'em, 14 -- errors. Imagine no more, because that's what the box score looked like after one of the wildest baseball games on record...

Hey Aaron Boone: If you have a lead and your pitcher did well in the 8th inning, you are allowed to leave him in there in the 9th. You don’t have to put in someone fresh for the 9th inning because that’s what you’ve always done. Last night’s game in Boston was three outs away from a win and you just had to change pitchers.

Hey Aaron Boone: If you have a lead and your pitcher did well in the 8th inning, you are allowed to leave him in there in the 9th. You don’t have to put in someone fresh for the 9th inning because that’s what you’ve always done.

All managers do this now. In the game this week in which Boston scored 8 runs in the first inning, Toronto manager Charlie Montoyo dutifully churned out one reliver after another, more or less one inning at a time, and used almost his entire bullpen to get through a game his team had no chance of winning.

I mean, it’s hard for me to believe NO ONE in the bullpen could throw 3, 4 innings.

I do appreciate that there is value in guys knowing their roles, but this reflexive “one inning and he’s out” thing cannot possibly be a good idea. Virtually all of these guys did start at some point; they are all physically capable of throwing more than 15 pitches at maximum effort, and if you really don’t want the guy pitching a second time to a given batter that still gives you 9 batters. Over and over this year I’ve watched the Blue Jays burn through a ridiculous number of pitchers in a game to an extent that they are obviously short of the right arms the next day; I can think offhand of two games they’ve lost because they had to have a guy from the end of the bullpen pitch high leverage situations because they’d used up all the better arms the day before. It’s just robotic and silly the way they do this.

Should have just gone with the Mighty Ducks. They’ll definitely be changing the name again down the road. 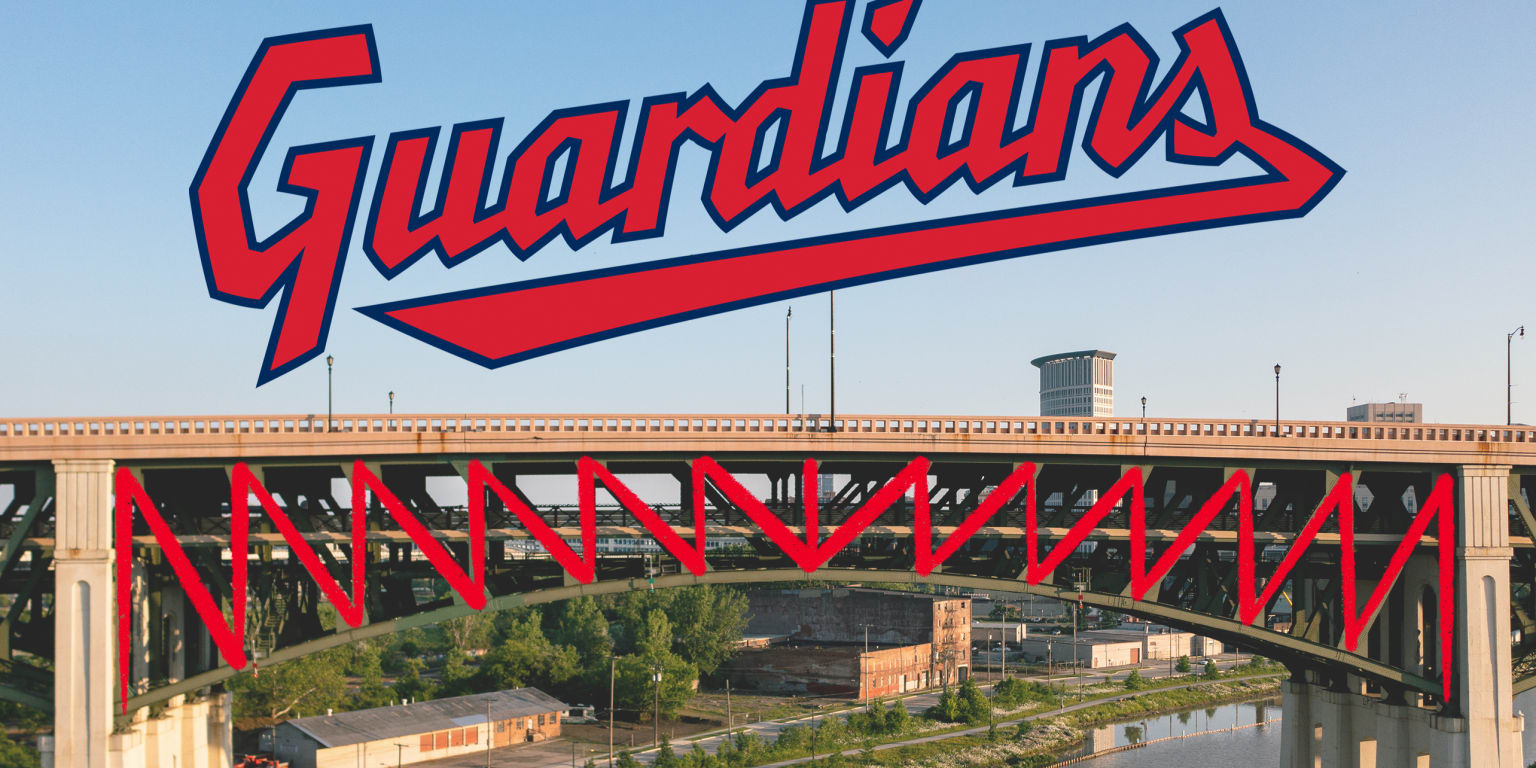 New for '22: Meet the Cleveland Guardians

CLEVELAND -- The Cleveland MLB team officially has its new name. The team announced Friday morning that it will be changing its name from the Cleveland Indians to the Cleveland Guardians through a video posted to its Twitter account. The name will go...

Id vote for the Steamers.

They could offer free food, beer and then fireworks afterwards, and I still wouldn’t stick around for the conclusion of a baseball game that lasted over six and a half hours.

Save for a 24 inning game this isnt a thing.

I would have preferred Spiders, but, no, they will not be changing the name again. There is no reason to.

Max Scherzer pulled from his start tonight for ‘triceps soreness’ 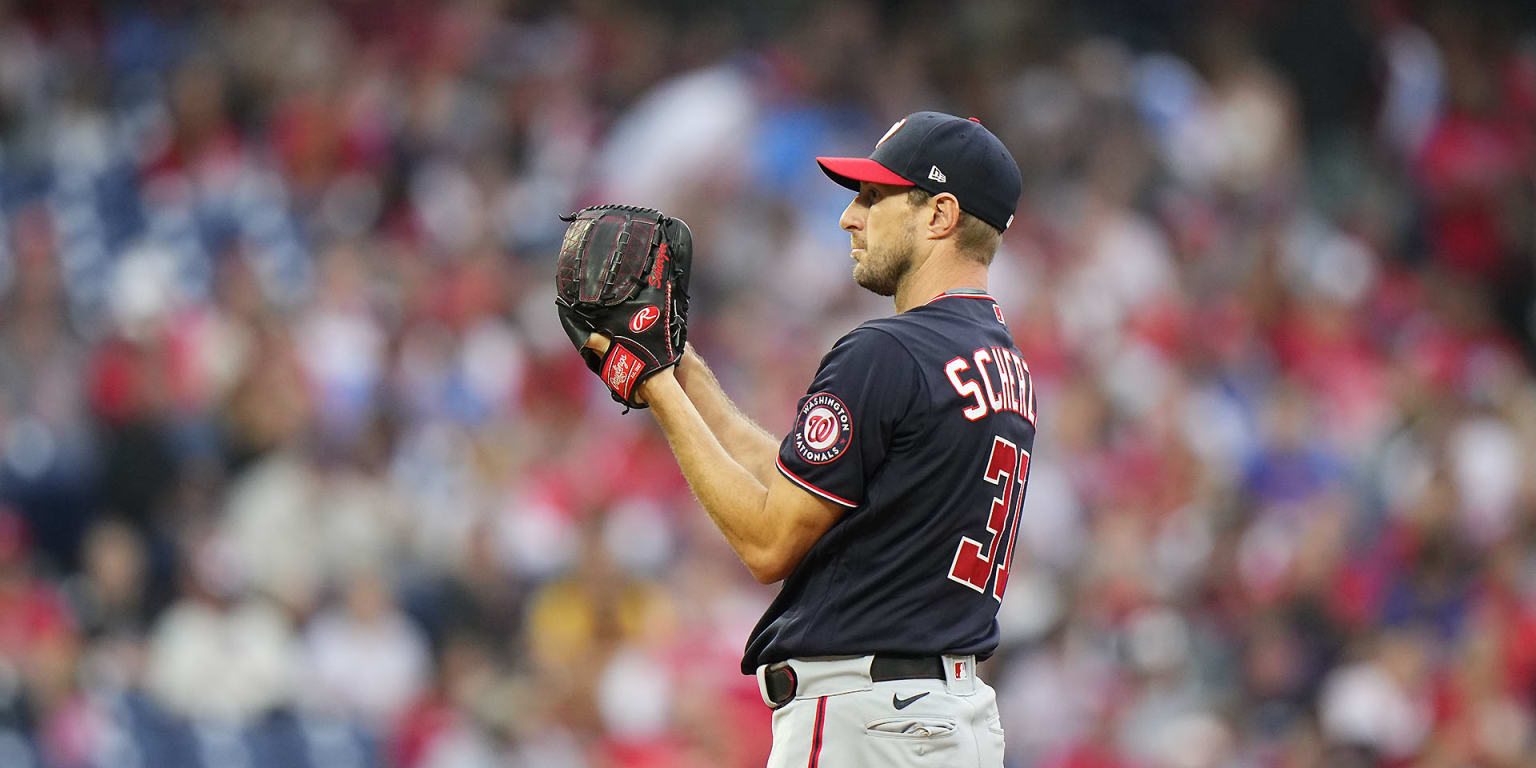 Scherzer scratched due to triceps discomfort

Nationals ace Max Scherzer was scratched from his scheduled start on Saturday against the Orioles due to mild right triceps discomfort, the team announced. Left-hander Jon Lester will start in Scherzer's place. Scherzer said he felt the discomfort...

The Braves enjoyed a 15-3 win over my Phillies tonight. They finished with 8 runs in the 8th and 9th innings, mostly off SS Ronald Torreyes, who served up 58 mph “sliders” and got hit hard.

It struck me as little classless. I know we’ve talked about the “unwritten rules” this year, but I thought the continued barrage went over a line. Anyone agree?

As a batter how can you control where the ball will go? All you can do is swing at whats pitched.