Welcome to June, the temperatures and hopefully the baseball will start warming up!

Continuing from the May thread. I hate to say the NL East looks like it’s almost a done deal for the Mets. The Braves should be better, but it’s time to start showing it.

10.5 game lead for the Mets. But now coming to 10 games on the road agaist the 3 other best teams in the NL, and 3 against the Angels, still a pretty good team. And without DeGrom and Scherzer. Worst case. Mets go 5-8, Braves could go 10-3. Mets still have 5.5 game lead with an easy schedule until the break Past years, I would say they’ll blow it somehow. This year feels different.

It’s going to be fascinating to see what the Blue Jays do about the catching logjam. Thjey have two catchers who should be playing full time - Alejandro Kirk, who is 23, leads the team in on base percentage, doesn’t strike out and plays fine defense, and Danny Jansen, who is 27 and having an age 27 season, already having six homers in 42 at bats, and is a very good defensive catcher. Then they have Gabriel Moreno, one of the best prospects in baseball, who is 22, hitting .331 in AAA, and is by all accounts a sensational defensive catcher. This is a team with a lot of catching talent. The current solution is using one or the other at DH a lot but that’s not a fantastic approach because it robs you of the DH if one guy gets hurt and the other has to move to catcher.

On the other hand they need a few more relief pitchers and an outfielder who can hit lefthanded. I mean hit lefthanded, not “swing fruitlessly,” like Raimel Tapia and Bradley Zimmer. So I cannot help but think one of Kirk or Jansen has to go.

There are times I forget the Jason Heyward still plays for the Cubs. I’m on the DFA, cut ties. Whatever. Just go! At least he’s kept his mouth shut about vaccines this season 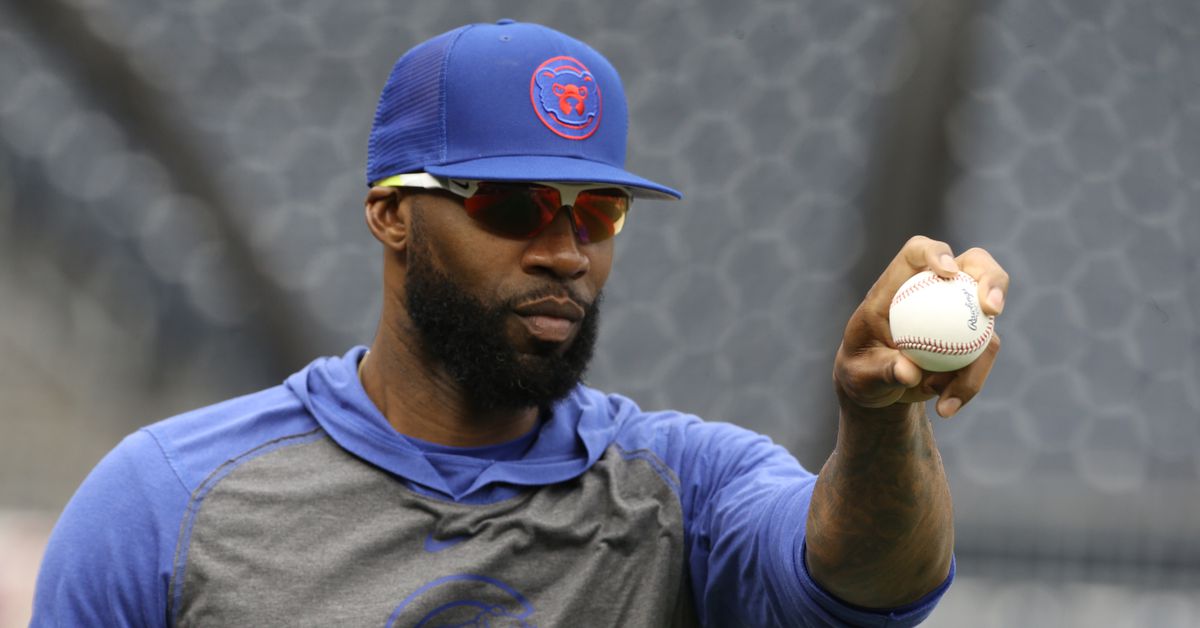 What should the Cubs do with Jason Heyward?

This is not necessarily an easy question to answer.

I’d say let’s trade Andrew Benintendi for Kirk, but the Royals really have no need for a catcher with Salvy and Melendez on the 40. Is there a 3-way trade candidate out there that needs a catcher and has a tasty prospect?

Speaking of the Royals… they’re dreadful. They just tried to justify having both Carlos Santana and O’Hearn on the roster getting regular at bats with the excuse of “we’d call up Pratto or Pasquantino, but Santana/O’Hearn just aren’t hitting well enough to get rid of them.”

Whaaaaaaat…?!? No one is going to want Santana, even if we pay full boat on his salary - he’s not going to improve to what he was last year at any point. And there isn’t a single justification for O’Hearn being on ANY roster. Pratto is solid-hitting gold glove at 1B, and Pasquantino just hit his 15th HR in AAA batting 304/395/679. Are you kidding me?

It’s definitely time for me to log off Twitter for the night. Mets fans online have become absolutely insufferable and I’m now in the Anyone but the Mets to win the NL East!

I’d say let’s trade Andrew Benintendi for Kirk, but the Royals really have no need for a catcher with Salvy and Melendez on the 40. Is there a 3-way trade candidate out there that needs a catcher and has a tasty prospect?

The Jays could really use Benintendi and there’s been talk about him around here, but I agree it’s not an obvious trade match when the Royals have Melendez as the catcher of the future. Of course, the Royals could then flip Salvy for younger talent. Granted, it doesn’t make a lot of sense to have two 23-year-old catchers who need regular at bats, though at least the Royals would have a nice platoon situation, since Melendez is a lefthanded bat and the Jays’ catching surplus all hits righthanded. (If the Jays preferred to deal Jansen, that’s still a good fit for a Salvy-less Royals; Jansen is only 27 and is under control for a few more years.) Three way trades are too hard to figure out - but, I mean, someone must need a catcher.

Yankees need a catcher, but they’re not a likely partner for the Jays…

The Cincinnati Reds are an awful team and they’re beating the Nationals.

Flipping over to Angels vs Yankees, was planning on watching the Ohtani show earlier but work had other plans.

I live near Wrigley and the traffic and crowds are definitely building for this Cards vs Cubs series.

It is hard to trade catchers mid-season as it takes them some time acclimate to a new pitching staff. No shortage of teams that could use a catcher though.

Early returns on the Blue Jays offseason decisions are very positive. Gausman looks like a Cy Young candidate while Ray has reverted to his Dback days. I’m not sure what is up with Seimen, but he is not remotely the player he was last year.

I don’t know…the Dodgers just got swept at home for the first time since 2018. And they were playing the Pirates!

I should have put this in the May thread, but the White Sox decided that they’d seen enough of pitcher Dallas Keuchel, and released him on Monday, after designating him for assignment on Saturday.

They’d signed him as a free agent in 2020, to a three-year contract, and he was great in the shortened 2020 season, but hadn’t been the same since. The Sox are on the hook for the rest of his $18 million contract for this year.

@Phillies
The Phillies have relieved Joe Girardi of his duties as manager today. Bench coach Rob Thomson has been named interim manager for the club through the end of the 2022 season. In addition, coaching assistant Bobby Meacham was also relieved of his duties.
kenobi_65 June 3, 2022, 4:18pm #14

Twins broadcaster, and former pitcher, Jim Kaat, is getting heat for referring to Yankees pitcher Nestor Cortes as “Nestor the Molester” during yesterday’s broadcast. (My suspicion is that it was a borrowed reference to “Chester the Molester,” an NSFW comic which ran in Hustler Magazine for years.)

Twins broadcaster Jim Kaat referred to Yankees pitcher Nestor Cortes as "Nestor the Molestor" on Thursday. It's the second offensive remark in the past year by the 83-year-old Hall of Fame pitcher.

Firings during the season would be a lot more tolerable if it was the GMs getting canned.

Not directly related to this month’s action, but a couple mini-rants about the idiocy of MLB.

This “multiplatforming” shit. In order to watch every Cubs game this year, you would need to subscribe to a total of SEVEN cable networks and streaming services. Apparently the logic is “Young people like to stream stuff, so if we stream baseball, young people will watch it!”.

I’m with you on this. I don’t want to watch a game on YoutubeTV whatever that is. I have my DVR set to record games. If it’s on facebook, or instragram, I’ll miss it.

I’m watching the Yankee game on Apple, Apple is so bad. They don’t even have a working bug.

They’re reading off scripts and barely talking the game proper.

There was a twitter thread last week that just eviscerated their pitch-by-pitch analytics. They pull their numbers essentially out of thin air.

They’re reading off scripts and barely talking the game proper.

You know what would be nice if someone would do it? No commentary at all. Just the sights and sounds of the ball park.

(edited to reduce the stupid “everybody clap your hands” and whatnot)