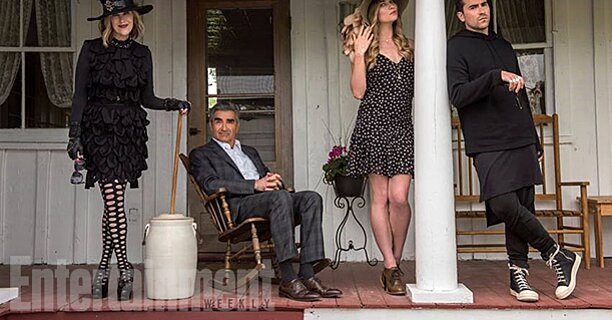 I’ve watched the first two episodes and I was so excited - thinking they would take advantage of this new season to try to do some new stuff.

But I was very disappointed. The shows were not very good - at least IMHO. They seem to have given up on the character Roland Schitt (played by Chris Elliot). I never thought he was very good in that role. But instead of just cutting him, they seem to be stringing him along for some strange reason. But he only got a very few lines in both episodes.

I suppose it would be difficult to just cut him outright since they named the town after his character. Surely they could have done something else so that they were not so dependant on his character.

I sure do hope the episodes will improve as the season goes on.

It was so sad to see Stevie reduced to a “one note character” and that note was pretty sad and boring. She is one of the most interesting chars on the show and she’s very talented as well.

The show - at least the first two epis - has been pretty sad so far. Seems like a real shame. It had so much potential. Darn it all to Hell!

AAMOF, most all of the characters have been reduced to charicatures - very boring. It seems like they don’t know where they are going with this show.