The NFL is thinking about expanding this year’s playoffs to 8 teams each conference in response to the Bills-Bengals no contest. Two questions
When will they make a decision? The 8th team needs to start prepping on Monday.
If they do it this year, will they make this permanent?

Seahawks need to win and IF the 8th team is approved they are in with a win and could be the 7th or 8th ranked.

No, there will be seven teams this year, as originally planned. I don’t know if the 8th team was ever seriously considered.

However, it’s entirely possible that another playoff team will be added in the near future. That means an additional playoff game, which means additional revenue.

The NFL is thinking about expanding this year’s playoffs to 8 teams each conference in response to the Bills-Bengals no contest.

No, that’s not happening. 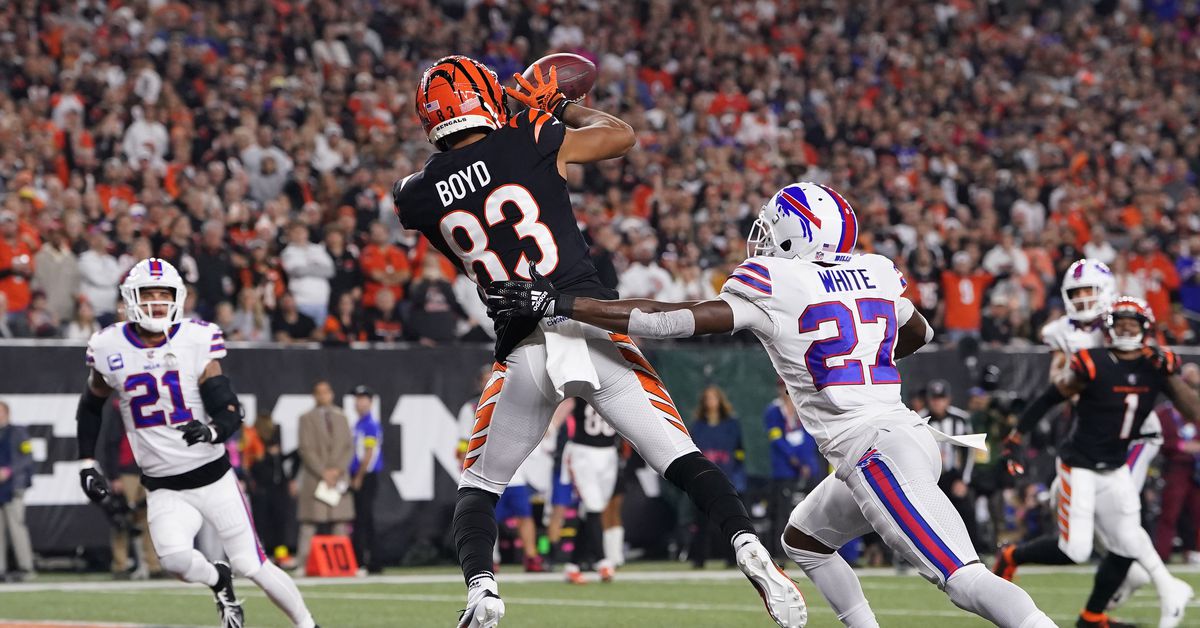 The NFL is dealing with an unprecedented situation as far as playoff seeding and scheduling following the suspension of the Cincinnati Bengals vs. Buffalo Bills game on Monday. On Thursday the...

3:52pm: No NFL-NFLPA discussions have taken place regarding an eighth playoff team per conference this year, union executive director DeMaurice …

There were rumors about it but since the NFL hasn’t even approached the NFLPA about the possibility, it isn’t happening. There needs to be a negotiation before adding extra games to the schedule. That hadn’t happened and there isn’t enough time to work something out so it’s a non-starter.

Instead they’re pursuing a potential neutral spot if necessary.

So NFC is the only one that still has an open spot.

So NFC is the only one that still has an open spot.

Packers, Seahawks, or Lions will be the #7 seed; Pack is in with a win tonight.

Quite an achievement by the Bengals.

Ravens are the 6 seed.

Quite an achievement by the Bengals.

The playoffs are getting awful Bengally!

The playoffs are getting awful Bengally!

Wonder if they’ll flip a coin to determine where the game is played.

Before anyone protests how arbitrary that is, they do the same thing at the start of every game and the start of overtime. The NFL just really likes to flip a coin for things.

My remark was in jest to the ‘Bengals vs Bengals’ game.

However, had the Ravens defeated the Bengals today, they would have flipped a coin to determine who hosted the Ravens/Bengals game next weekend.

However, had the Ravens defeated the Bengals today, they would have flipped a coin to determine who hosted the Ravens/Bengals game next weekend.

That’s what I was referencing and thought you were referencing, my bad.

And yeah, it wasn’t ultimately necessary since Cincinnati won.

Seahawks win so here is the scenario
Packers win and they’re in.
Lions win or tie and Seahawks are in.

Scuttlebutt appears to be that the Cowboys-Bucs matchup will be the Monday Night Football wild card game. If Tampa wins, Tom Brady will have won more playoff games in his career (36) than the Cowboys have won in their entire history (35).

All times are Eastern.

Down go the Packers! Seattle heads to the playoffs and will play the Niners.

And the schedule and odds are already out. All times EST
Saturday
4:30pm Seattle at San Francisco -10
8:15pm Los Angeles Chargers at Jacksonville +1

Just a warning, the Vikings and Bills will break your heart.

Vikings maybe. Cousins is as Cousins does. But the Bills seem different and they’re rallying around a cause beyond football so who knows.