NFL Coaching carousel, who stays and who goes 2017 edition

It is week 17 of the NFL season and there will be the inevitable coaching fires on Black Monday. Actually, with no Sunday night game, it is likely the pink slips will start appearing Sunday night.

John Fox of the Bears has got to be a certain termination.
Chuck Pagano has also got to go. The Colts are a mess and I’m not sure we will ever see Andrew Luck play again.
Marvin Lewis has also worn out his welcome, same as Bruce Arians.

It’ll be a fun next few days!

The Jets have just extended Todd Bowles, somewhat surprisingly. Hue Jackson also looks to get another season with the Browns, this time with a decent GM, but put him on your watch list for a year from now.

Marvin Lewis has also worn out his welcome, same as Bruce Arians.

It’ll be a fun next few days!

You got that right. Marvin needs to go. Worst coach in NFL playoff HISTORY! Yes, he changed the culture and ushered in an era of Bengals being somewhat relevant. But going to the dance with the wrong girl every year is getting old. So is the decision to let your two best offensive linemen go, and the results this season were pretty predictable. Fuck him. He needs gone.

Perhaps the NFL could institute rules that force owners to fire coaches that intentionally trip players during the game, or pull their hair, or teach spearing?

I agree but Albert Breer at Sports Illustrated is trying to start rumors: 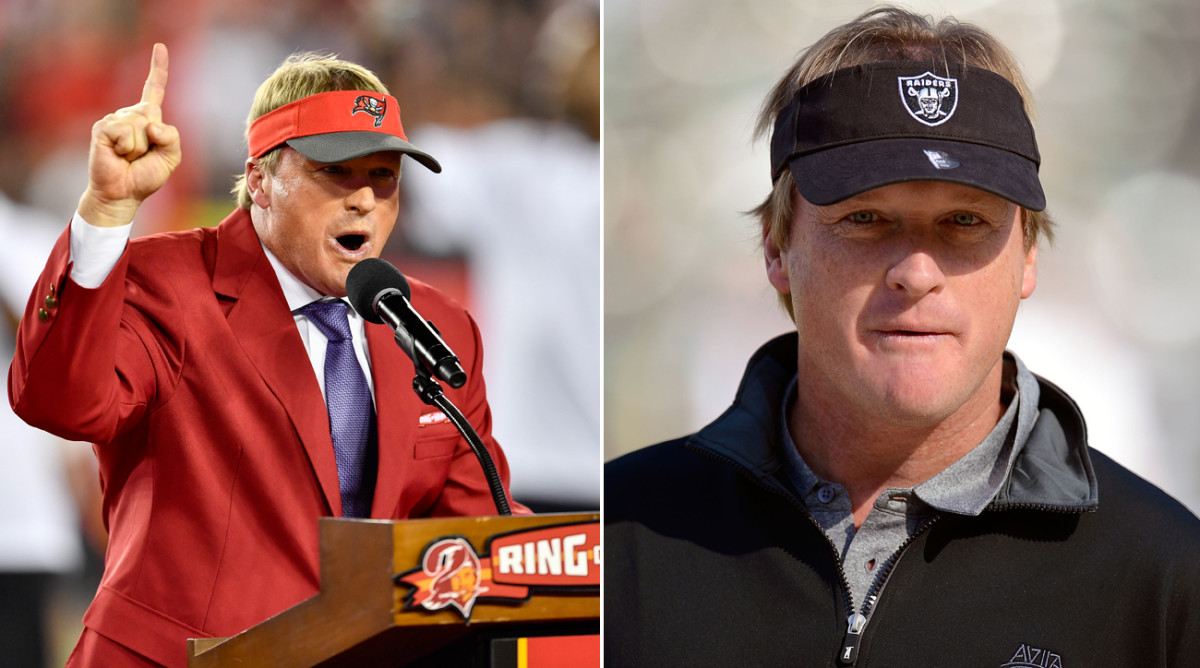 A look at which teams will be in the market for a new leader, from the obvious (Giants, Bengals) to the coin-flips (Broncos, Titans) to the long-shots (Seahawks, Jets)

“Crazy? Maybe. But with the future of several big defensive stars in question, and a possible overhaul of the roster coming, could Pete Carroll, 66, retire to southern California? It’s not the wildest idea out there.”

Jim Caldwell seems to be getting fitted for his Ex-Lions Coach Suit. There’s nothing special about it; it’s just a suit, but it reeks of flop sweat and sadness. And Wayne Fontes’ hair jelly.

Dirk Koetter gets another chance in Tampa.

The Chicago Sun-Times sent me an email: Bears fall to Vikes in Fox’s Finale.

Of course, he hasn’t yet been fired, but I guess the sports desk at the Sun-Times already has the scoop.

Chuck Pagano is the first to go, just received an alert from the NFL app.

The local sportsball radio shows report that the Lions Jim Caldwell has one foot on the platform and the other on the train outta town.

And the train’s whistle is blowing.
mmm

I find it quite amazing that the owner of the Browns is so adamant that Hue Jackson isn’t the problem. Admittedly, they’ve got some serious talent deficiency. But even a half-way decent head coach would manage to get a team to win a couple games a season at least once in two seasons. Clearly, he fails to properly motivate his team, he’s not good at getting the fundamentals taught to marginal players, and there’s zero evidence that the team is “close” to righting the ship.

I mean, the BACKUP Steelers QB went 23 of 27 against the Cleveland defense. Really?

Hue Jackson should be released. The new GM should be able to bring his own guy in. Give that team a couple years and see where they stand.

Cleveland’s fans do not deserve what they are getting.

Dude, Hue was pretty good with the Raiders as their head coach, but the Davis family is as impatient as Browns ownership and fired him after only one season where the team went 8-8.

I agree with the general sentiment that just because you’re a good coordinator it doesn’t mean you’re a good head coach. But Jesus man, even Bill Belichick would only squeeze a win or two out of this miserable squad.

The biggest problems with the Browns has been terrible drafting, especially at the QB position, and not giving any coach time to implement…anything.

I think the Browns ownership realizes this historical impatience which is why they’re giving Hue another year. They have a lot of good draft picks, Josh Gordon will get an entire season (if he doesn’t fuck it up…dude was at one time in the top 5 NFL receivers).

The big question to me is whom will be the QB. Do they draft another one and start over yet again, or give Kizer another year to develop?

And Jack Del Rio is gone, which is kinda surprising. It’s not his fault that Derek Carr broke his leg after they were storming the field on offense last season, and the fact that Carr just wasn’t quite right this season either. Jesus, the guy had two playoff appearances in three seasons and you fire him?

The Jon Gruden rumors are swirling loud for Oakland. There might be some truth, since Del Rio really didn’t deserve to get fired and he had just signed a four year extension.

He also guarantees that Cleveland will pick first for two years in a row. It’s long term strategy.

He also guarantees that Cleveland will pick first for two years in a row. It’s long term strategy.

Thing is, you and I have won almost as many games the last two years as Hue Jackson! Shouldn’t he have a LOT more wins than two guys who haven’t even been coaching?

In baseball terms, the Browns have gone 5-155 under Hue Jackson. Even Marv Throneberry, Choo Choo Coleman and the 1962 Mets are laughing!

Thing is, you and I have won almost as many games the last two years as Hue Jackson! Shouldn’t he have a LOT more wins than two guys who haven’t even been coaching?

In baseball terms, the Browns have gone 5-155 under Hue Jackson. Even Marv Throneberry, Choo Choo Coleman and the 1962 Mets are laughing!

I think you vastly overestimate your NFL coaching prowess, especially if you were at the helm of what amounts to an Div-3 NCAA team.