As far as I can tell, there was no Week 12 thread started this week. I’m not going to do a write up because the thread is already late, so I’ll just create this so we have a space to talk about this week’s games.

Cinci is giving Pittsburgh a beat down so far. They’re a very unpredictable team - great some weeks, losing to the jets others. Pittsburgh is pretty all over the place this season, too.

Baltimore and Cleveland on the Sunday Night game tonight. I don’t think the Browns can pull this one out. Baker is too hurt - he’s been playing through two shoulder injuries, several leg injuries, his mechanics are junk, his accuracy isn’t there, he’s just too hurt to be productive out there. They should probably shut him down until after the bye week. Browns running game is still good, but without acceptable QB play they’re too one dimensional to win games.

Cleveland plays at Baltimore tonight, has a bye, and then gets Baltimore at home after that. That’s pretty unfair to Baltimore and a little surprising that Cleveland would ever get some sort of favorable schedule quirk - must’ve just been a random result. Sweeping them would go a huge way to establishing a division lead, but it’s a long shot. Baker’s seperated shoulder isn’t going to heal during the season, but maybe some of the rest of his injuries might.

Some teams seem to rally sometimes. I have been rooting for the Ravens for a few years, even though I live near Cleveland.

Minkah Fitzpatrick: “Hey guys, we got an interception and finally stopped the Bengals offense!”

Well, the good news is that I probably don’t have to find a way to follow Steelers games the rest of the year when they’re not on TV.

I don’t know if it’s Ben or the Offensive Coordinator, or both, but I hate that the Steelers are the kings of the 2 yard pass. I’ve loved watching Ben his whole career, but I think it’s time to hang em up, so the team can move on and have a real offense.

On the Cam Newton comeback front…

"Newton completed 5 of 21 pass attempts for 92 yards with two interceptions for a passer rating of 5.8. His 23.8 completion percentage was the worst by a player with 20-plus attempts since 2004, according to ESPN Stats & Information research.

No one ever wants to be negatively compared to Joey Harrington.

Patriots take down the top-seeded but injury ravaged Titans. The game was closer than the final score indicates due to the Patriots inability to score TDs in the red zone and their surprisingly loose run defense, but still a good win and now #2 seed in the playoff hunt.

No one ever wants to be negatively compared to Joey Harrington.

Newton had a higher completion percentage, so he was compared positively to Joey Harrington. Although giving the percentages to three significant digits would drive any science teacher nuts.

You’re correct. I should have said “no one wants to be mentioned in the same conversation with Joey Harrington.”

Definitely a case of damning with faint praise.

Packers will end up with a winning season. Next week they have a bye, hope some healing happens.

Can only hope. Green Bay has lost something like a starter a week to moderate-to-serious injury. It was good to see Lazard and Gary doing well, and Rodgers’ toe didn’t slow him down too much, as far as I can tell. Alexander and Smith possibly being back after the bye will be huge, and I’m hopeful Cobb isn’t out for a significant period of time. He’s resumed his regular role as safety blanket while the receiving core has been in upheaval.

I’m a bit wary of the boom or bust play from the defense the past couple weeks, because it can absolutely go badly a la last week, and there’s not room for a game like that in the playoffs. The offense definitely looked like a monster when they ground out those long drives to start each half. I just hope we can cure the kicking woes before it matters.

Browns defense playing surprisingly well. The Browns would have a solid lead with a healthy Mayfield, but he’s still struggling. Not as bad as recent weeks, he hasn’t been sailing it over people’s heads, but he’s still obviously compensating for injuries.

Chris Collinsworth acts like Lamar is the first QB ever that can run and it’s a totally new concept that’s allowing amazing opportunities. Then, of course, he compares everything he does to only black QBs.

Lamar having his worst game as a pro (4 picks) as a passer (but crazy elusive, his crazy skill probably avoided 6 sacks) and the Browns are still behind, which is really sad. Ravens D is selling out to stop the run and doing a good job at it, Baker can’t beat them. Conklin going down was a huge deal, the 4 guys on the right side of the O-line are all essential.

I quit watching a bit into the 3rd quarter and went to sleep. Both teams were playing like hot garbage, especially the QBs.

Browns have to be seriously concerned that Baker is the weakest link. He’s been playing poorly and, in a game when the defense is willing to give him every opportunity to beat them, he stunk. That Jeremiah Owusu-Koramoah kid is really fun to watch though.

Well, my Bears are 4-7 but, when you consider the fact that two of our four wins are against the 0-10-1 Lions, our record is worse than it looks. I’d be surprised if we finish 5-12 to be honest. I’m just happy we didn’t give the Lions their first victory of the season on national television.

The Packers victory against the Rams is very vexing. I’m afraid this will be a Super Bowl season for them and perhaps a title.

Rules question please: In the Rams - Packers game, the Rams elected to go for the two-point conversion, but then got a delay of game of penalty and had to attempt it from the 7-yard line rather than the 2-yard line. I thought they would have switched and gone for the PAT kick but they tried the two pointer anyway (and succeeded). Were they required to try for the two points because that was what they were doing when they incurred the penalty ?

Were they required to try for the two points because that was what they were doing when they incurred the penalty ?

No, here’s an example of a team changing to a kick after an offensive penalty, then back to the conversion after a subsequent defensive penalty: 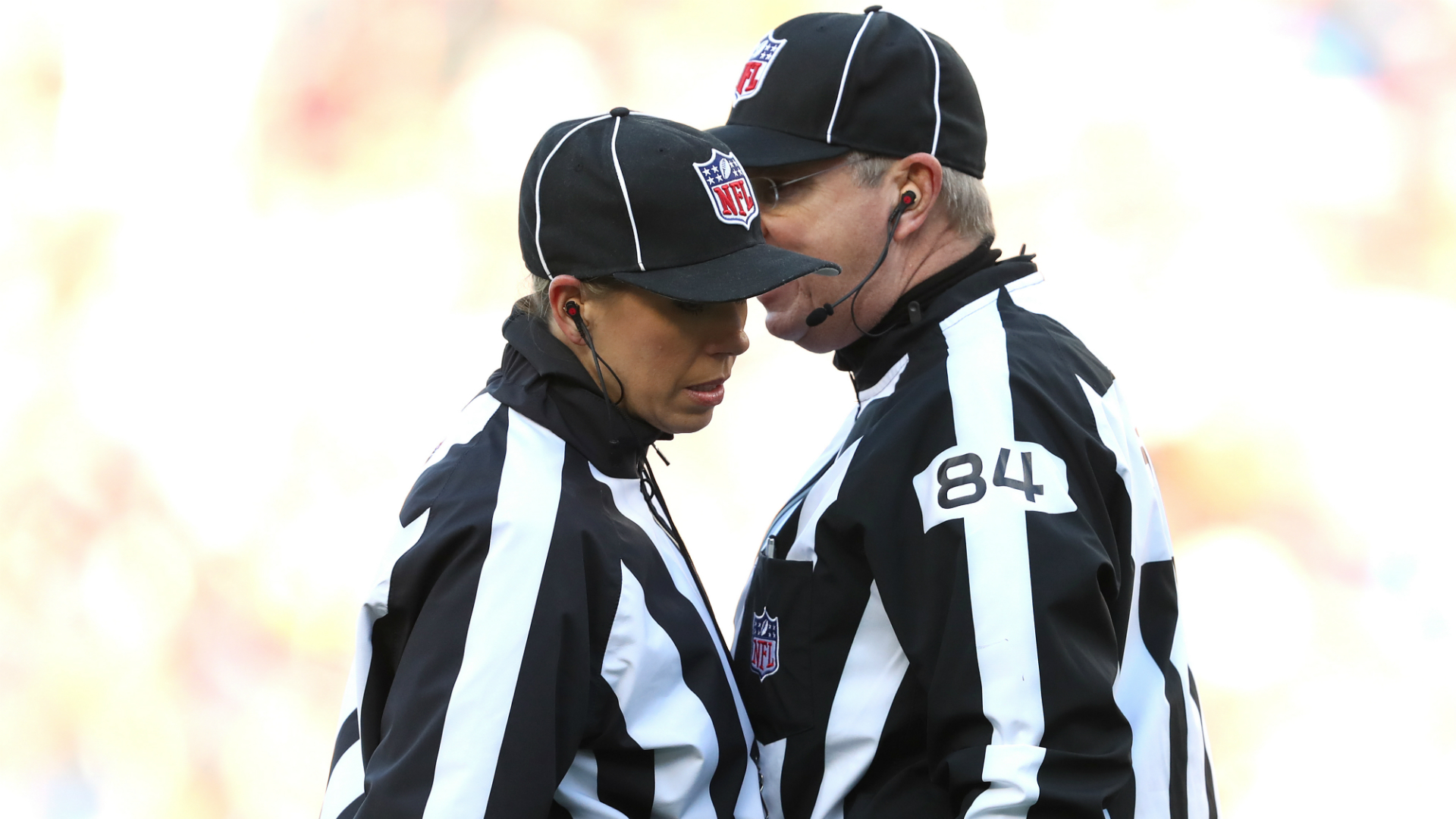 The NFL's rule for penalties on 2-point conversions is unfair, and there's...

There is a problem in the NFL rulebook related to the enforcement of penalties on extra point and 2-point conversion attempts, and it might never be fully solved.

The Broncos lined up for a 2-point conversion, were called for delay of game and chose to back up to the 20-yard line for an extra point try from five yards deeper than usual.

Brandon McManus missed the kick, but the Bears had jumped offside. That gave Denver the option to either move forward five yards for a standard-distance extra point or enforce the penalty from the 2-yard line, move half the distance to the goal and attempt a 2-point conversion from the 1-yard line, as if the delay of game never happened. The Broncos chose the second option and converted the 2-point try.

. I thought they would have switched and gone for the PAT kick but they tried the two pointer anyway (and succeeded).

Here’s the thing about Baker Mayfield. If the run game isn’t working, receivers aren’t catching, the OLine isn’t blocking, no, he’s not going to drag the team to victory. He’s not elite. However, he’s also not going to be the reason you lose a game. When healthy, he’s a fine quarterback. Right now, with injuries, he needs more help than usual and he’s absolutely not getting it.