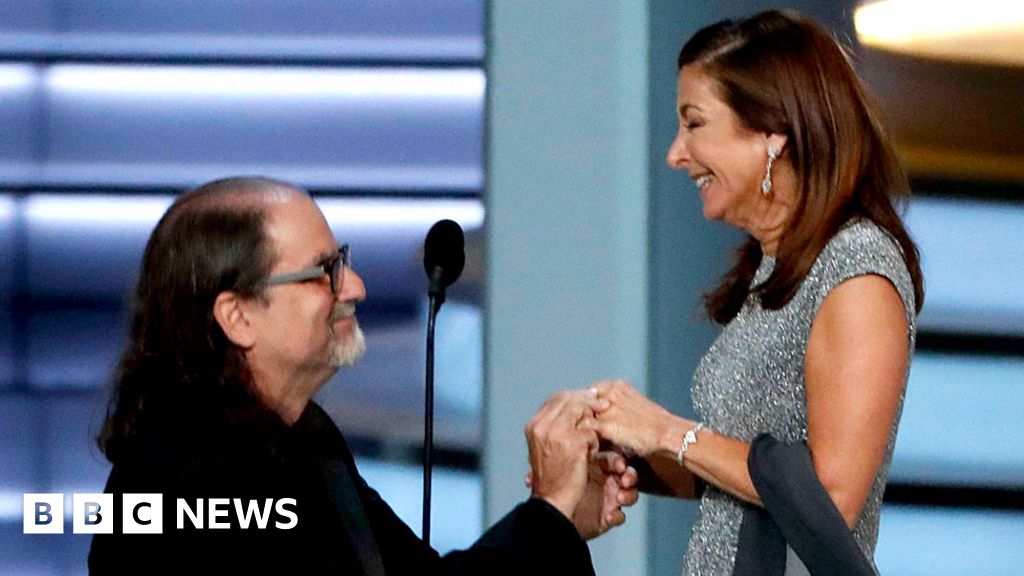 An acceptance speech with a difference after a shock proposal at the Emmys.

I don’t normally approve of public proposals but I sobbed. I was already tearing up due to his talking about his mother and then I was so caught up in the whole thing I couldn’t help but cry. I loved every second of it.

Teared right up when I watched it live.

Glenn’s a good guy. I shot a concert at the Garden a long time ago that he directed. A wicked smart fellow.

Most of the.crew shooting last night’s show also works the Oscars. Musta been fun to capture it.

We watched two segments of the Emmys. One was when we turned the TV on. It was on the Emmys and John Mulaney was accepting an award so we watched his speech. Then we watched something on Hulu. When we quit Hulu Glenn Weiss was accepting his award. We didn’t know who he was but we wanted to see what award would be next. So we saw the proposal only accidentally.

It was very cool, but he botched the actual proposal. On your knee, ask, put the ring on if she says yes. He did it backwards (he put the ring on first, asked, and then got down on his knee to await the answer).

I also dislike public proposals, but I saw this on youtube and the guy seemed so genuine and nice that it wasn’t at all creepy. They seem very nice and I hope they’ll be happy.

Aside from getting a vague sense of mommy issues, it was very nice. Naturally he was nervous and emotional but it did seem very genuine and if it made his bride to be and him happy, then it’s all good.

I think timing is everything as far as the mommy issues.

He buried his mother 2 weeks ago. I remember when my dad died. I don’t think I had daddy issues but it was as though someone had taken a core sample out of the middle of my heart.

Very sweet. The juxtaposition is so wonderful. He’s just won an award that many would consider a career capper, but his focus is on love rather than achievement.