I became disgusted with the current system a few years back when Penn State, a team that had beaten Ohio State head to head during the season and then went on to win the Big Ten Championship, was passed over for - you guessed it - Ohio State.

Every conference should be required to have a title game, which should be considered a tier of the playoffs. You lose that game and you are out, even if that is your only loss. Then, the playoff scheme should be the final 8, not the final 4. I think that would improve things immensely.

I know some people think the national championship process should be trying to find the best team. (For example, FiveThirtyEight.) But I disagree–it should be the champion of champions.

(I hate getting “charity” when trying to advance. Earn it properly or go home. And get off my lawn.

Just a few weeks after having upset the No. 2 Bearcats, the unranked Purdue Boilermakers are now poised to upset the No. 5 Spartans as well…

Just a few weeks after having upset the No. 2 Bearcats

I believe you mean ‘Hawkeyes’.

FSU loses again but they look respectable. Far better than the awfulness of the post Notre Dame game

The Kansas Jayhawks won a football game in Austin tonight. First time ever.

They twice held a 21-point lead in the second half and managed to allow Texas to tie the game with 22 seconds left. Texas got the ball first in OT and scored a TD and kicked the extra point. KU scored on their possession and rightfully went for two, and converted, to win the game 57-56.d

Texas was favored by 31 points. This was the largest spread upset in Big 12 history.

Texas has now lost five games in a row after starting the season in the Top 25. Good luck in the SEC, Longhorns.

Texas paid $25 million just to make Tom Herman and his staff go away so they could hire Sarkisian. I wonder how much they’re going to have to pay to make him go away when they hire whatever hot shot coach they’re convinced is the missing puzzle piece that will restore them to their rightful place as national champion instead of the fifth best team in their own state.

That was fun to watch.

FSU beats Miami and as far as I’m concerned, that saves the season.

This definitely isn’t the 1990s, but I’m still celebrating that win!!!

That was fun to watch

Here’s a video taken by the brother of the Kansas receiver, Jerod Casey, who caught the game-winning pass for the two-point conversion. Casey is a freshman walk-on from a small Kansas town of about 2,000. This was the first game he’s played any downs on offense. 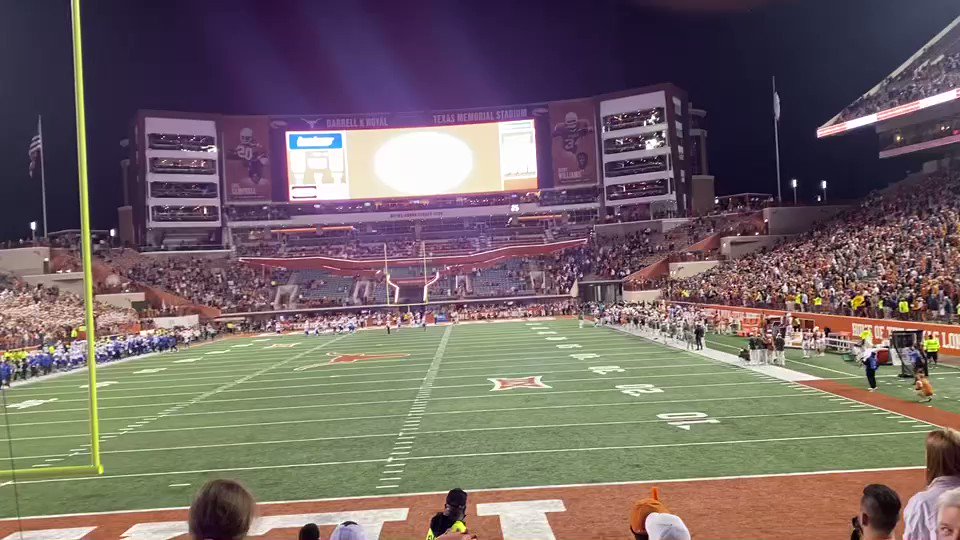 The 28 teams for the D2 playoffs were announced today. Tournament starts next Saturday showing again it is possible to have student/athletes, an 11 game regular season and a real post season.

VA Tech dumps Fuente and it’s going to be expensive. 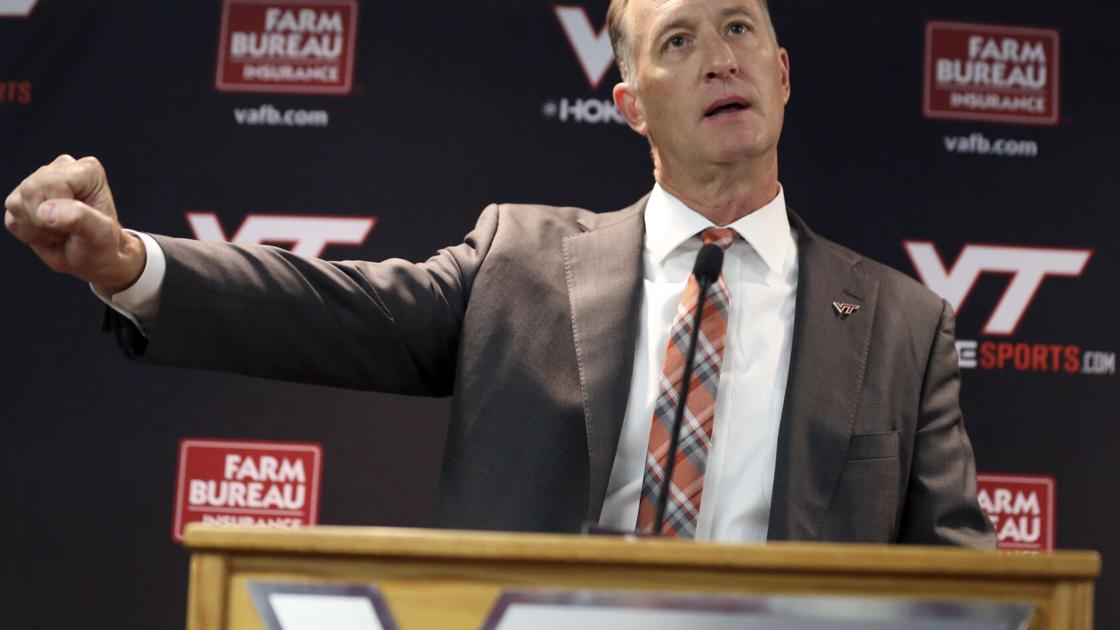 The huge financial cost of Virginia Tech’s decision to part ways with coach...

Most schools don’t have the deep pockets to just change coaches at the drop of a hat.

Today, Michigan State proved, beyond the shadow of a doubt, that its win over Michigan was indeed a fluke.

The Ohio State/Michigan game next Saturday should be a good one.

Why exactly was Wake Forest ranked #13?

And the Longhorns drop their sixth in a row and lose bowl eligibility. I don’t really blame Sark, he inherited a lot of misfunction. The problem is that alumni and fan expectations are so ridiculously out of whack at Texas with where the program is that it’s not clear he’ll be given the time he needs to rebuild from the ground up.

I bet right now UT athletics is telling the administration to slow their roll on negotiating a buyout with the Big 12 that would get them into the SEC before 2025.

I bet right now UT athletics is telling the administration to slow their roll on negotiating a buyout with the Big 12 that would get them into the SEC before 2025.

The same thought has crossed my mind. Oklahoma might leave the B12 a year or two before UT makes their exit.

Time for The Game.

Michigan looks good but they don’t look OSU good. CJ Stroud had forever in the pocket against MSU and looked like a Heisman winning quarterback. With a collapsing pocket from Hutchinson and Ojabo, will Stroud put up such numbers again? Hopefully changing up his rhythm will have a big impact on his decision making (at least not 6TDs in a half).

The only way Michigan wins is controlling the time of possession and some key takeaways. This OSU offense has too much firepower to stop consistently. Go Blue!

With their win this week, my Kent State Golden Flashes are now bowl-eligible.

And something that I wouldn’t have dreamed possible is now one win away from happening: the Old Dominion Monarchs, who started the year an abysmal 1-6, have won four straight games, and if they win at home next week against Charlotte, they’ll be bowl-eligible, too.

What a day of Beat-downs! Jesus, not a single game I watched was even close. Ugly, all around.

But Holy Shit! That half-time score against Mich. St. WTF???

It’s a huge stretch to call UCF vs USF a rivalry game.
Two commuter schools with no school spirit nor a football tradition. 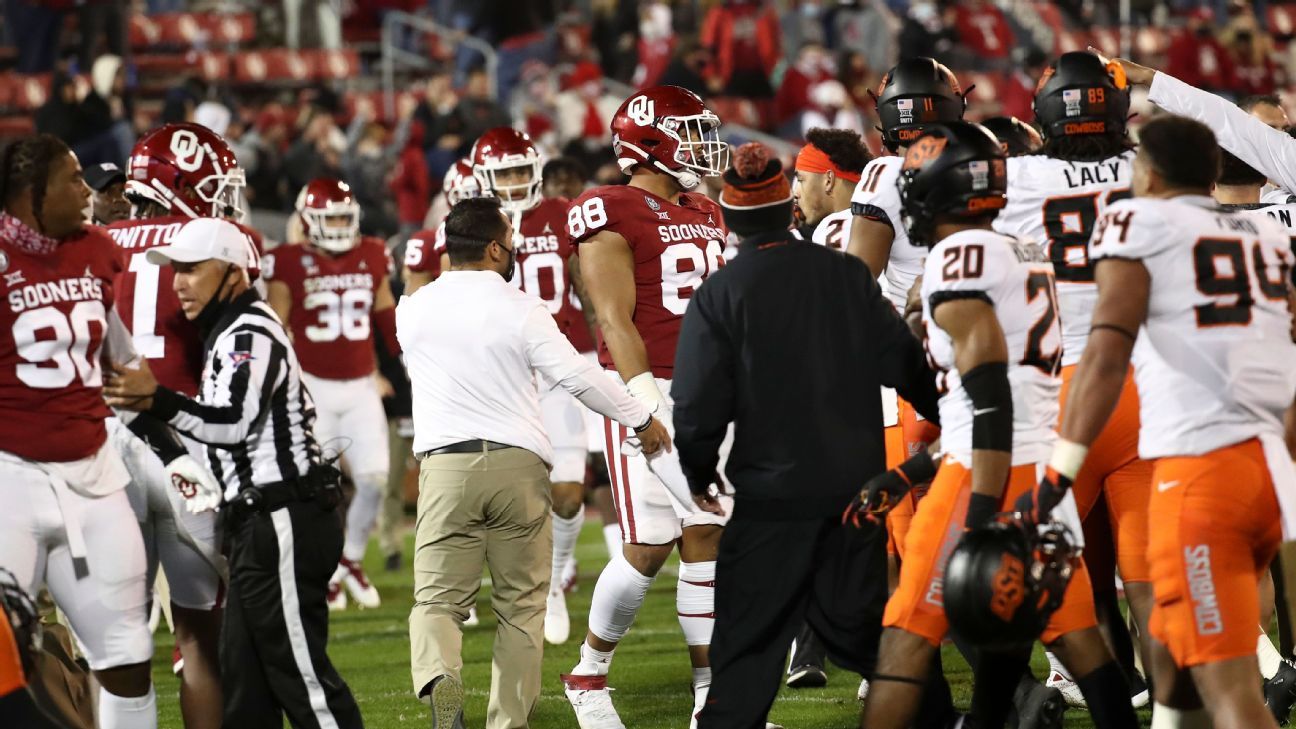 The ultimate guide to the wildest moments ever in Rivalry Week

The best week of the college football season is upon us. From the Egg Bowl to The Game and everything in between, let's enjoy the strange, petty, delightful world of the season's best rivalries.