The amount of money lost on the British stock markets today alone is the equivalent of 24 years of EU payments. #Winning

Bitter?
Not at all. I am not English or a UK citizen. I recognize stupidity however.

It is weird how the extreme right among the Americans make everything about Israel and supposed anti semetism… A weird and disturbing obsession.

it reminds me of the closeted gays who are so strident against the gays.

The WTO does not have law-making powers?

Well I’ve read up on what they do and the one glaring omission appears to be law-making powers.

It is means of policing agreements and settling disputes but you have to admit that it is fundamentally a different beast to the EU. The agreements reached by the WTO (and all the other organisations) may well influence the laws passed by the sovereign countries involved but they are not a power higher than the national executive themselves.

The EU is fundamentally different.

And always under the assurance that none of those individual treaties changed the nature of the EU or the UK relationship with it. Which is curious because thought nothing ever materially changed we somehow found ourselves in a very different place to where we started. Moreover, it was a place that we were told we weren’t visiting and didn’t even exist. Oh, and by the way if you don’t like it you can fucking walk back on your own.
Classic frog-boiling.

Oh yes, just like the Norway, the UK will be the taker of the EU rules waiting in the lobby with the Swiss ambassadeur to learn what they need to do.

Well, and the Norwegians and the Swiss can at least console themselves with their enormous wealth. The British don’t quite have the same cushion.

A tax rate increase (easily reversible) is a different beast from ceding executive powers to another organisation (which cannot be easily rolled back, if at all). If you can’t admit that then there is little point debating.

Scotland, quite rightly decided that being in control of your own destiny was preferable to having legislation imposed from on high. I’m betting you think they are right to want that, but that the UK shouldn’t seek to do the same?

Errr, WTO has a tonne of rules it has made, andpractice directions on a whole host of topics.
:dubious:

As for the rest the UK stayed out of two of the most fundamental integration initiatives the Single Currency and the Schengen Area.

No, his analogy was perfectly valid. In fact before I saw it I was going to make exactly the same point. The relationship of member nations to the EU is exactly analogous to multiple levels of government in those matters over which the EU has jurisdiction, and the dislike of the EU by some is exactly analogous to why many Americans dislike the federal government but are loyal to their state or local governments.

You are simply wrong. By even making this argument you are assuming that the supremacy of the EU over the UK is a done deal, a fait accompli, that there is never any point at which the UK existed as an entity by itself.
There is nothing wrong with creating additional levels of government above (the EU) or below (mayors, councils etc) as long as those structures are agreed to by the electorate and not imposed. The EU in its current form was never put the UK electorate.

Perhaps it is you who should have another reflection and realise that a significant minority of Scots voted to leave the EU?

Thatcher’s victory of 83 was considered a landslide, with just 42% of the vote.

So just what point do you think you’re making?

Errr, WTO has a tonne of rules it has made, andpractice directions on a whole host of topics.
:dubious:

a tonne of what?

A tax rate increase (easily reversible) is a different beast from ceding executive powers to another organisation (which cannot be easily rolled back, if at all). If you can’t admit that then there is little point debating.

Scotland, quite rightly decided that being in control of your own destiny was preferable to having legislation imposed from on high. I’m betting you think they are right to want that, but that the UK shouldn’t seek to do the same?

This is really a Great Debate about British/European future and the election has already passed.

Obama can’t handle the fact a handful of Brits could take over Kenya. He’s always been ashamed about that fact.

He will seek revenge against the UK as one of his last acts as President but he can’t change history.

This sort of bullshit threadshitting is just a nudge away from trolling.

How much do you want to bet?

I’m not the betting type.

As for Europe, I think it’s a matter of how long the Germans and French want to support drags on their economy from neighboring states. And it’s also a matter of how long Europeans want to be taking on immigration from North Africa and the Middle East. It’s not automatic that Europe cracks up, but Britain established a precedent that could seem attractive if conditions worsen. Of course that’s if Britain actually follows through with the resolution.

Brussels and the pro-EU mainstream politicians have up to this point given every indication that they think they just pile abuse on their populations, without worrying that the voters will rise up and do something drastic in protest. The British voters have now done something drastic. Perhaps this will cause politicians in other Europeans countries to stop, reevaluate their stances, and realize that they need to actually care about the interests of ordinary people in their countries.

So has the initial economic effects and voter reaction made it any more likely that the government will find some way to get out of the results of the referendum? If not, what else would have to happen to give them enough political cover?

True. In the coming days/weeks/months I expect to see an, “OMG, what have we done?!” reaction to sink in.

Particularly when a large number of things are going to become a lot more expensive in the coming months/years. Of course, they’ll blame something else for the sudden devaluation of the pound…

And the over 65 set will be disappointed to find out that next week there are still brown colored people about, and they have not been magically transported away.

This has been going viral. It’s a comment from the Financial Times. 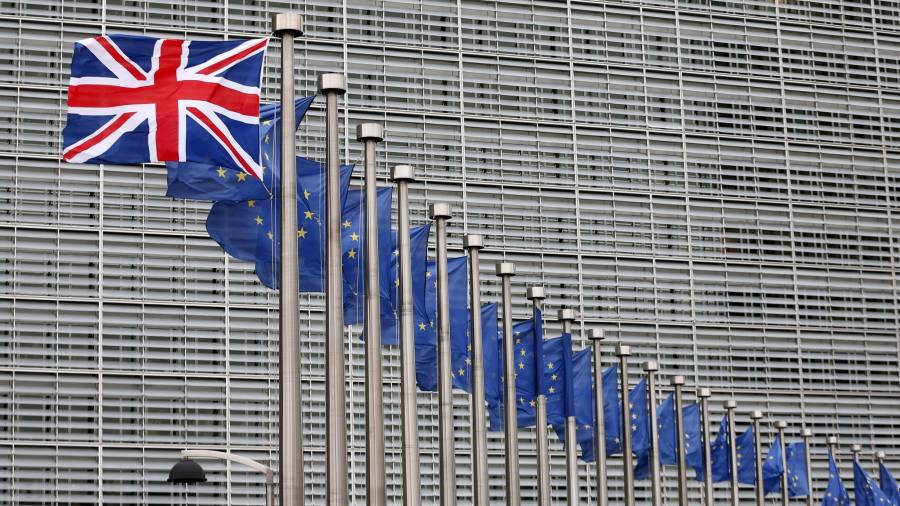 You tell us: voters chose to leave the EU. Now what?

Fed up millennials speak out

“A quick note on the first three tragedies. Firstly, it was the working classes who voted for us to leave because they were economically disregarded, and it is they who will suffer the most in the short term. They have merely swapped one distant and unreachable elite for another. Secondly, the younger generation has lost the right to live and work in 27 other countries. We will never know the full extent of the lost opportunities, friendships, marriages and experiences we will be denied. Freedom of movement was taken away by our parents, uncles, and grandparents in a parting blow to a generation that was already drowning in the debts of our predecessors. Thirdly and perhaps most significantly, we now live in a post-factual democracy. When the facts met the myths they were as useless as bullets bouncing off the bodies of aliens in a HG Wells novel. When Michael Gove said, ‘The British people are sick of experts,’ he was right. But can anybody tell me the last time a prevailing culture of anti-intellectualism has led to anything other than bigotry?” — Nicholas

I remember hearing that Nigel guy mention exactly this, it was sort of a fluke before the vote that they EVER dared let the people decide the fate of something like this, and they would not likely get the chance again.
I’m glad for the misstep, now the UK gets control back, and just like Norway, it will still be able to trade just fine.

Norway has control over it’s agriculture and fisheries policies; it’s obliged to adopt every other EU policy & directive (including free movement of labor) without having any voting representation at Brussels. Norway also has to make contributions to the EU budget.

As comedian Andy Borowitz put it:

British Lose Right to Claim That Americans Are Dumber

U.K. voters have done irreparable damage to the “most enjoyable sport this nation has ever known: namely, treating Americans like idiots.”

Across the United Kingdom on Friday, Britons mourned their long-cherished right to claim that Americans were significantly dumber than they are.

This has been going viral. It’s a comment from the Financial Times.
Secondly, the younger generation has lost the right to live and work in 27 other countries.

Excellent quote and this is why Brexit is not going to lead to a stronger better Britain. The young didn’t want it. Why should they work their asses off to make your isolated island nation great again? A lot of the most talented young people are going to vote with their feet and head off elsewhere.

I’m guessing this could end up being a boon for Ireland. If you want to base your company in an English speaking country but have access to the EU then Ireland is it now