there are barons who arent Peers.

That doesn’t appeer to be correct.

My guess that you think ‘peer = member of the House of Lords’. It doesn’t.

There are Dukes that arent Peers, since the Royal Dukes, etc cant be Peers, IIRC.

?? The royal dukes used to sit in the House of Lords, pre-1999. York, Gloucester, Kent, Edinburgh, and the Prince of Wales (Cornwall) all got kicked out with most of the rest of the hereditaries. Prince Charles’s entrance into the Lords in 1970 was captured by British Pathé.

So, are they or are they not Peers then?

Well, as said above baronets are not peers, and K nights arent peers, and some site said some weird types of barons arent Peers, but I cant find that one anymore.

Strangely enough, you are right!

‘Feudal barons’ or ‘minor barons’ in Scotland are a special case. They are not peers, and the titles can be bought and sold, as well as inherited.

In Scotland, a baron is the head of a feudal barony, also known as a prescriptive barony. This used to be attached to a particular piece of land on which was situated the caput (Latin for "head") or essence of the barony, normally a building, such as a castle or manor house. Accordingly, the owner of the piece of land containing the caput was called a baron (or baroness). According to Grant, there were around 350 identifiable local baronies in Scotland by the early fifteenth century and these c...

An English barony is a peerage … but whether Scottish barons rightfully rank as peers is disputable. They are known as minor barons currently treated as noble titles of less than peerage rank. The Scottish equivalent of an English baron is “Lord of Parliament”.

There’s no way she’s wearing body armour on her many other appearances in public.

It is an open secret that she wears corsets from Rigby&Peller. Perhaps they do the job.

And there is plenty of security surveillance whenever she’s out in or near a crowd.

What’s so daft about someone who is a political target wearing body armor? Some of her relatives and husband’s relatives have been targeted and killed by terrorists, it’s far from a theoretical threat.

I doubt she would wear it all the time, but it’s not an outlandish notion that she might do so.

It is a pretty outlandish notion to us. It is traditional for our Royals to face the public without obvious security. There have been several attempts on her life but most seem pretty amateurish. Even the IRA drew the line at bumping off Her Maj, probably because it would trigger a backlash that they would rather not face.

Maybe it’s British arrogance, but many of us would be horrified to discover that she wore body armour in any but the most extreme circumstances.

…‘Feudal barons’ or ‘minor barons’ in Scotland are a special case. They are not peers, and the titles can be bought and sold, as well as inherited…

So, are they or are they not Peers then?

Insofar as I know, they are. There is the Sovereign, the Peers, and the commoners, with the middle group being the people eligible to sit in the House of Lords (and various other privileges of peerage, almost all of which have been eliminated over the years). All of the royals who held ducal titles (or other noble titles, such as Earl of Athlone) were entitled to sit in the Lords, and all of those titles were created in the Peerage of the United Kingdom (or Great Britain or England).

Most peers do not inherit the title - they are appointed for life. There are 92 hereditary peers who have to be elected.

“Peer” is a group name for all the various titles that can sit in the House of Lords, so includes Dukes and Baronesses etc. Members of the Royal Family stay clear of politics so do not take up their seats.

and Generalissimo Franco is still dead too

Members of the Royal Family stay clear of politics so do not take up their seats.

While actually speaking in Parliament was rare (but not unknown), as mentioned above the royal dukes routinely took up their seats pre-1999.

(The text of Charles’s speech is reported in Hansards.)

perhaps they have “tactical linings” in their bespoke jackets, ala mr. wick.

Why wasn’t he entitled to a gun carriage?

He didn’t want it. He liked Land Rovers and apparently had tinkered with the design for the one that they used for him. The original plan was that the processsion would start in London and he’d be driven to Windsor on the Land Rover; maybe would have been switched to a gun carriage once he was at Windsor?

Why wasn’t he entitled to a gun carriage?

He was, but that would have been for the processions in London to and from Westminster Abbey, which, for obvious reasons, were omitted. Since he had gone to the bother of commissioning a special Land Rover for the journey to Windsor, using that can’t have been an especially difficult decision.

The monarch is already getting back to her royal duties, holding two virtual audiences on Tuesday.

Featured picture on Wiki’s homepage today, for the anniversary of her 1953 coronation. What a handsome couple: 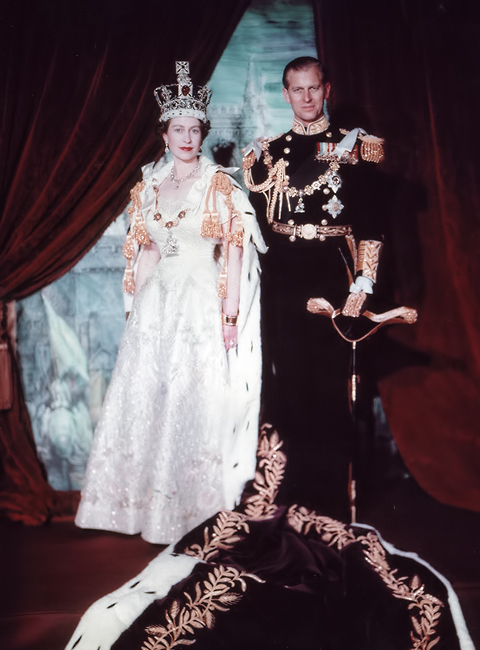 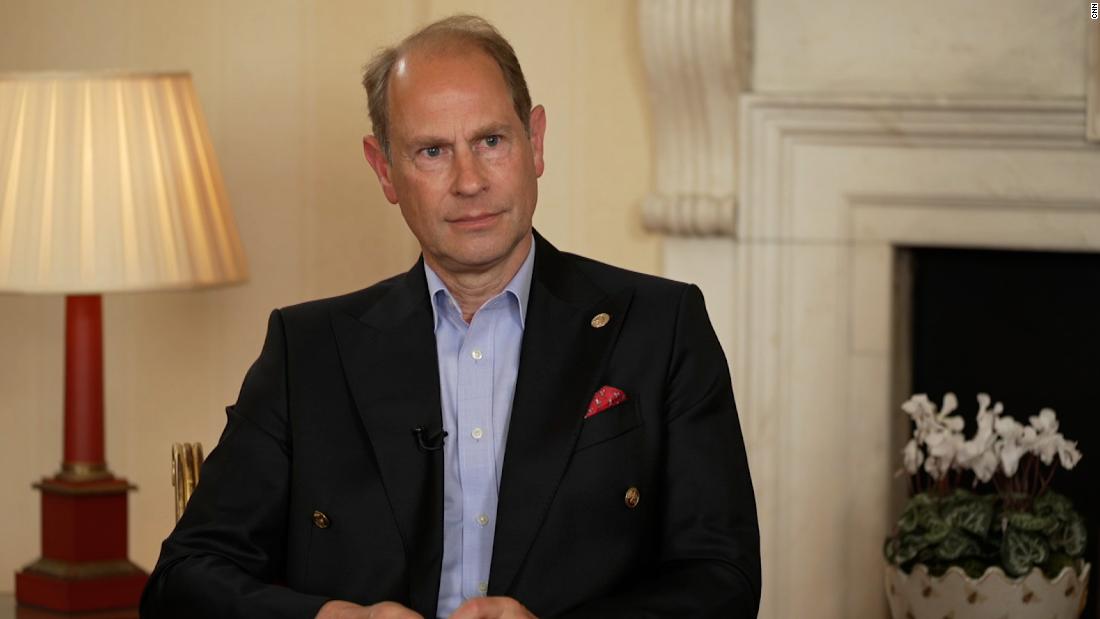 'That's families for you.' Prince Edward discusses the Sussexes, the bereaved...

Edward, Earl of Wessex, pops his head around the door of the room in St James's Palace and chuckles at the numerous cameras set up for the interview. "Do you have enough?" he laughs.