(almost put this in MPSIMS)

I have, in my fridge right now, a jug marked as pumpkin spice apple cider.

Guess what it tastes like? Yep, standard mulled/spiced apple cider. Because that’s what it is. The spices you use in pumpkin pie are the same ones that are used to spice up apple cider. It’s the typical non-alcoholic version of cider people drink around the holidays, with the spices already included.

That’s how far we’ve gone. They have to label pre-spiced apple cider as “pumpkin spice.” People either don’t remember those spices used in other things, or they have to market it to pumpkin spice fanatics, or for the curious like me.

(And, yes, I bought it just to see if it was just mulled apple cider.) 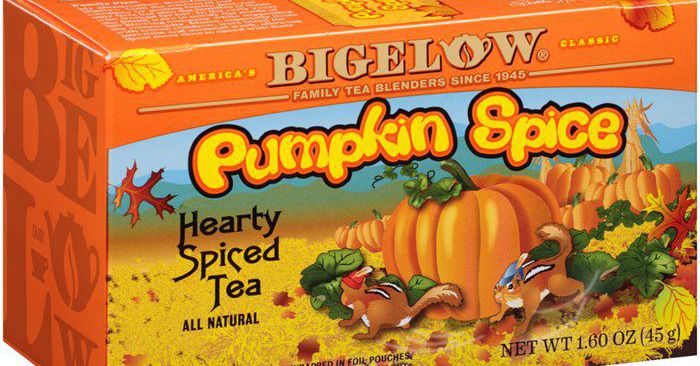 Love it or hate it, pumpkin spice season is in full effect

So if apple cider does have spices, I would expect it to be labeled as such. And if those spices are cinnamon, nutmeg, ginger, cloves, and allspice, you might as well label it pumpkin spice.

Most of those just seem to be foods that added the flavor. What I’m more interested in are foods that already had spices who decided to label them as pumpkin spice.

The tea fits, as there are teas like that which aren’t labeled pumpkin spice. Maybe the cake rolls. But most are just weird things to add pumpkin spice to.

(Though I have to shout out the frickin’ dog treats. Surely that’s just a gag item, right? You get it for the laughs?)

So if apple cider does have spices, I would expect it to be labeled as such. And if those spices are cinnamon, nutmeg, ginger, cloves, and allspice, you might as well label it pumpkin spice.

My point is that they’re the standard spices used in mulled apple cider. It’s not like it’s some new pumpkin-spice flavored product. Heck, it doesn’t even taste anything like pumpkin pie. It tastes like a standard non-alcoholic hot cider drink.

Sure, standard cider isn’t mulled. But mulled cider uses these spices. So I find it funny that they had to label a product as “pumpkin spice” to ride the novelty, when it’s really just a standard product.

It’s so trendy that existing products are being retroactively relabeled as “pumpkin spice.” I find that funny, like people are forgetting those same spices were used in other things.

The entire concept of calling standard mulled cider “pumpkin spice apple cider” makes me laugh, and I thought it might do so for others.

Okay, I misunderstood you. I thought you were saying apple cider was normally spiced and therefore the producers of that particular brand were being redundant to label it as such. Like somebody saying nutmeg spice eggnog or cinnamon spice snickerdoodles.

Today it we finally learned what she wanted:

On the one hand, yeah, “pumpkin spice” products without any pumpkin in them irritate the pedant in me. It’s cinnamon/nutmeg/allspice/cloves, you fools!

Except when it comes time to eat them, because pumpkin spice things are tasty.

Only difference in my mind is that you could buy pumpkin pie spice in the grocery store for decades now. Pumpkin (pie) Spice is actually a product that predates the pumpkin spice fad and is probably the root of why that combo of spices is called Pumpkin Spice in other products. I’ve never seen Apple Pie Spice named as a common commercial spice mix you can buy, so there is less of a direct connection.

I get the OP- mulled cider is probably exactly the same as what they’re selling, but I don’t begrudge them rebranding a bit to fit the product they likely were already making and selling to current trends.

On the one hand, yeah, “pumpkin spice” products without any pumpkin in them irritate the pedant in me. It’s cinnamon/nutmeg/allspice/cloves, you fools!

Except when it comes time to eat them, because pumpkin spice things are tasty.

In my case, part of what made me laugh about it is that “Pumpkin” is the biggest word on the label, (followed by “Spice”) and it even shows an image of a pumpkin instead of an apple. My dad actually thought it was cider made from pumpkins at first.

Here’s an image I found online of the jug I’m talking about:

I don’t begrudge anyone their marketing-my post title is firmly tongue-in-cheek, partially mocking the “pumpkin spice has gone too far” people.

Here’s an image I found online of the jug I’m talking about:

It may or may not have ginger in it. I’m not able to tell with the mixture, which tastes to me just like any spiced cider I’ve had. And the ingredients just say “natural flavors” rather than listing any spices.

If they called it “pie spice,” I wonder if that’d do as well with sales (eventually, once folks adjusted) and be a little clearer in terms of what’s offered.

I do know that Starbucks pumpkin spice is pretty good in hot cocoa. Well, “pretty good” by Starbucks standards, at least.

Penzey’s sells Baking Spice, which is kinda similar to that.

But is it “Plant Based!”, “Non-GMO!”, and “Gluten Free!”? They seemed to have missed a few of the other mandatory marketing terms making the rounds these days.

This spice blend has been around for at least a couple centuries. It’s also called holiday spice or mixed spice. It’s used in a million different recipes, including pumpkin pie. Marketing it as pumpkin pie spice is a relatively recent phenomenon.

I use it all year. I have for decades. I used to buy it by the pound and keep it in the freezer. Recently I bought a pulverizer so now I make my own blend from whole spices. I have a few variations, including one without cinnamon I make for a friend who’s allergic and had never had pumpkin pie or mulled wine before. The secret ingredients in my favorite version are black pepper and sichuan pepper. I use this blend for heartier recipes like whole wheat spice bread and pumpkin pie. I use the traditional blend for coffee or sprinkled on rice pudding or when I make granola.

Hating on pumpkin pie spice is a self destructive habit. Embrace the spice.The spice must flow.