I used to listen to his radio show occasionally. He was an evil reptile.

I thought he died long ago.

Or maybe I just wished he did.

Here’s an article about his death.

G. Gordon Liddy -- a former FBI agent, organizer of the Watergate break-in and radio show host -- has died at age 90, his son confirmed to CNN.

It’s funny. I was thinking about Liddy just a couple of days ago. (I was in a used book store and saw one of his books.)

The prototype for the “tough guy” Republican.

So would I (even though I was 11 at the time). Now, especially after the previous four years, Liddy actually seems less vile.

Once I heard him calmly describe on his radio show how they had discussed murdering an American journalist and making it look like an accident. He thought (at the time of the discussion and the time of the radio show) it was a justifiable action because the US was at war at the time.

How about “President Ronald Reagan, former co-star of Bedtime for Bonzo”?

As for Liddy, leader of Nixon’s “White House Plumbers”, neo-fascist, and occasional 'Eighties television show guest star, I hope he died in the agony he so frequently wished upon others.

I always think of SCTV when I hear about G. Gordon Liddy. 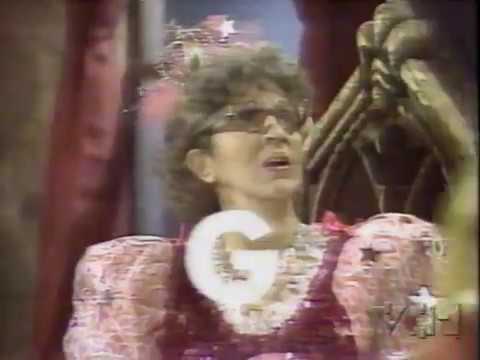 No shit. I’m pretty sure that there is something else that belongs on his resume.

Thank you- I was scrambling to see if there was another G. Gordon Liddy I wasn’t aware of.

I met him in the 80s at a “debate” (performance really) with Liddy and Timothy Leary.

I met and had dinner with him once, many years ago, when he was doing a college speaking tour.

Superficially charming, utterly amoral, and more than a tad smug.

The world is a slightly better place now.

In my misguided youth, I briefly admired him. Through a police officer friend, I got to meet him when he came to speak in my hometown. He was (as Gyrate puts it) superficially charming. If I closed my eyes and listened to him talk, I always pictured a tougher, slightly less bumbling Maxwell Smart.

I gradually realized what a putz he was: he bragged in his book about his affinity for the Nazis and nefarious exploits in Hoover’s FBI (where the only two rules were “do get the job done, but don’t bring disgrace on the bureau”). And then, as soon as Clinton became president, started slamming his former fellow federal law enforcement agents as “jack-booted thugs”.

In the late 1980s, Clive James interviewed him on his UK talk show. After letting Liddy chew the scenery with his Nietzschean superman act, James closed the piece, “that was G. Gordon Liddy, a man capable of accomplishing anything… except, breaking into a hotel room”.

t’s funny. I was thinking about Liddy just a couple of days ago. (I was in a used book store and saw one of his books.)

Proving that, when it comes to books, there is a substantive difference between ‘used’ and ‘read.’

Roy Cohn is complaining to Satan about his new roommate.

Proving that, when it comes to books, there is a substantive difference between ‘used’ and ‘read.’

He actually was a competent novelist. I won’t say he was great but he wrote two action thrillers that I enjoyed.

But he could never offer a justification for the Watergate break-in. That was a crime designed to interfere with an American election. There was no reason to say one candidate was supposed to win and people were justified in committing crimes to make that happen. That was just people breaking the law to benefit themselves; no different than any other criminal.

He offered a klutzy blanket excuse for any misdeeds: since some people on the left had called for violence against the government, we were at war. So laws don’t apply. He was fond of quoting, as evidence of this state of war, fragments from the speeches of far-left firebrands.

Of course, this logic didn’t apply unless his side was running the government. Nor did he use it to justify declaring war on white supremacists in the south who were saying pretty much the same things the leftists were.