The C-137 Smiths weren’t Cronenberged, because as close relatives of Morty they were immune to the love potion Rick had created for him. Beth was, however, looking pretty feral the last time Morty visited that dimension.

I liked “Rickternal Friendshine of the Spotless Mort” (though I am never going to warm up to these tortured titles).

The early explicit mention of Charlie Kaufman was nice as a sort of ‘getting it out of the way’ tactic. In addition to Kaufman’s work, I was remined of Zelazny’s: there were some Chronicles of Amber elements in the journey to the exit of Birdperson’s mind, it seemed to me.

This episode enhanced our understanding of Rick and his family while being entertaining; not a bad achievement.

Yeah, I really enjoyed this one. Bird-Person enhances every episode he’s in.

It was also nice to see Squanchy again, even in flashbacks. It wasn’t clear what happened to him at the BP/ Tammy wedding.

I’m not a big fan of serious episodes of comedy series.

Disagree - this felt like a real episode of Rick and Morty, as opposed to the flights-of-fancy Family-Guy-esque sperm/turkey/etc ramblings of the rest of this season.

I liked it. Not great; middle-of-the-road-ish. That’s cool tho: I need regular-type episodes; they are fairly rare the last couple of seasons, it seems.

I would class Pickle Rick as a more “serious” episode, and it was awesome.

Yeah. This and the decoy family episode felt the most R&Mish, in taking their SF logic to the limits.

I liked the pickle parts of “Pickle Rick” well enough, but I found the scenes in the therapist’s office to be pretty dull. I can certainly understand people who like world-building, character development, etc. just as much as humour, though.

I really enjoyed this latest ep - maybe my favorite this season. Delving deep into Rick’s memories is always fun. The garage seems to be the same AI (or at least have the same voice) as Rick’s car. And I never regret seeing Bird-Person (and hope we get to see his badass daughter again sometime)!

“Let’s cut to the chase: I’ll suck your dick.”
“Sorry, I can’t hear you over the sound of us splitting up.”
“You’re like a… Lincoln Sadmorial.”
“This is your best friend?” “He is a complicated individual.”
“I have, as you say, some parenting shit to deal with.”

This season had two stinkers, imho, but I loved so much of what’s good. I liked Mr. Nimbus. I liked the clone war one. I think the Captain Planit one was very good. Hated the sperm monster one… although I found the incest baby part funny. Um… I liked the Hell Raiser one, and thought that Rick telling Gerry he loves him more surprising than the Beth reveal last episode. The Turkey one was ok. Voltron Spoof wasn’t bad, Return of incest Baby… and I loved the last episode.

I do see the “Family Guy” parallels at times, though. It’s still a much better show.

…I think we should celebrate Ricksgiving every Aug. 30 (the day the episode aired) from now on. “Happy Ricksgiving, beeeeyitch!”

Get out the champagne, Earthers! 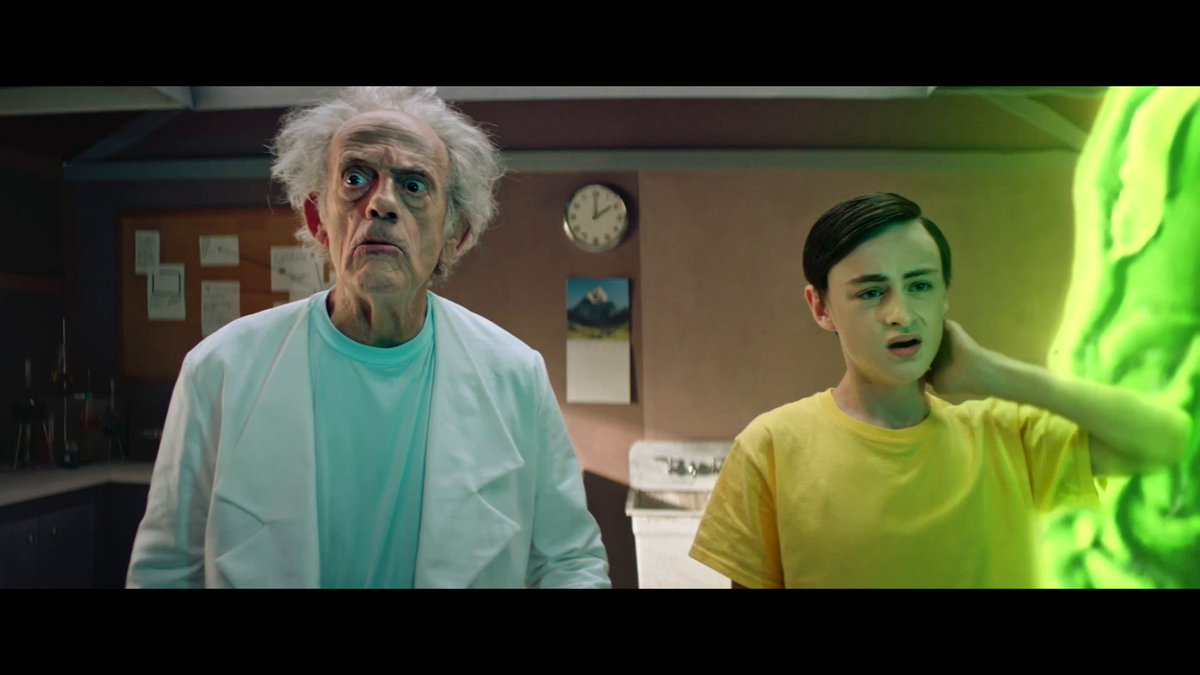 I swear I remember seeing that actor in something before, maybe around 2015 or so.

I saw the clip earlier. Is that just a fun gag they did for an ad or a clip from an upcoming episode?

The finale is tomorrow night, so I guess we’ll find out.

I accidentally watched ep 10 first…so I thought they just went and assumed everyone saw the preview and didnt even bother including it in the actual ep.

So the golf game was a tease after all.

If that was the final episode of R&M to ever air, it would’ve been a fitting finale. That was honestly worthy of a Hugo award, both for being a great work of science fiction in and of itself, and with the way it tied up plot threads that’ve been left hanging since the first season.

Our Rick isn’t even Rick C-137 after all - that’s just where he wound up after spending a lifetime hunting the Rick that killed his Beth - and yet Morty, knowing the full truth at last, decides to stick with him. I guess that creates another mystery for future seasons - what happened to the real Rick C-137? Is he dead, or is he still out having adventures, and what’s he going to do when he finally gets back home and finds out his homeworld’s been Cronenberged?

I usually pick a line of dialogue as my favorite part of an episode, but I gotta go with the anime intro (complete with J-Pop lyrics!) to “Rick and Two Crows” as the funniest part of this one.

I guess that creates another mystery for future seasons - what happened to the real Rick C-137?

He could have been one of the multitudes killed by Rick.