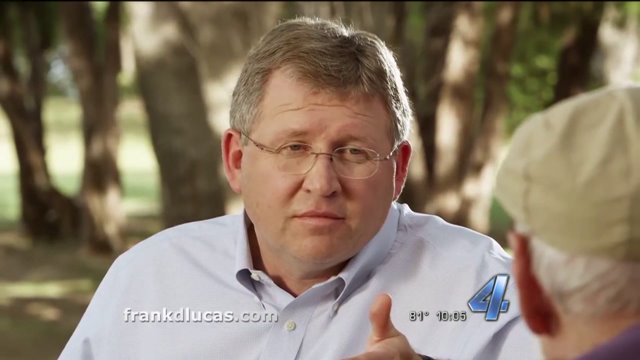 I, Timothy Ray Murray, am a human, born in Oklahoma, and obtained and continue to fully meet the requirements to serve as U.S. Representative when honored to so. I will never use a look alike to replace my (The Office’s) message to you or to anyone else, as both the other Republican Challengers have.

Rep. Frank Lucas, and a few other Oklahoma and other States’ Congressional Members were depicted as being executed by The World Court on or about Jan. 11, 2011 in Southern Ukraine. On television they were depicted as being executed by the hanging about the neck until death on a white stage and in front of witnesses. Other now current Members of Congress have shared those facts on television also. We know that it is possible to use look alike artificial or manmade replacements, however Rep. Lucas was not eligible to serve as a Congressional Member after that time.

The World knows the truth and We must always display and communicate the truth. I will always share public information with the truth when honored to serve as your Representative.

Murray Supports Loans as a Viable Solution for Financial Challenges

Murray supports Americans' right to access loans when facing a financial crisis. Borrowing from trusted lenders may be an effective solution.

Copy of another thread

Loser in Oklahoma U.S. House primary claims his opponent is a body double

So, Tim Murray is protesting the results of this week’s election, because he is claiming that the victor, Representative Frank Lucas, well… isn’t. Instead, he claims that the real Frank Lucas was killed in 2011 in Ukraine. The truly good stuff comes...

Copy of another thread
http://boards.straightdope.com/sdmb/showthread.php?t=727061

MODERATORS–please close my Thread as unnecessary.

MODERATORS–please close my Thread as unnecessary.

I, for one, welcome our new robot Oklahomans.

That earlier thread has been replaced with a robot clone, to-wit this one.