Sam Smith on SNL - anyone willing to discuss?

I’m not a big fan of Sam Smith, but those songs seem pretty good to me.

I’m generally disinterested in the musical guest portions, even when they are artists I know and like. Specific to SNL (not specific to this act) I often experience them as unintentionally silly.

Is it very wrong of me however to see Sam Smith and wonder how of the presentation is sincere and how much is cynical marketing ploy?

Thanks for the responses all. I’ll just file SS under “not my cup of tea.”

I’m sure there were plenty of days back in the early 80s that if their music was playing late at night at a club and if I were drunk enough (which I usually was) I’d dance to it.

Is it very wrong of me however to see Sam Smith and wonder how of the presentation is sincere and how much is cynical marketing ploy?

If marketing, SS is very successful in that department.

My perception is that many of the acts recently on SNL are more image and self promotion than musical accomplishment. I remembered when I first herd SS, I did not care for their voice - tho many claimed it was incredible. So at least he has a set of pipes.

And that weird guy that sang the Might Mouse theme? WTF was up with that?

That was Andy Kaufman: 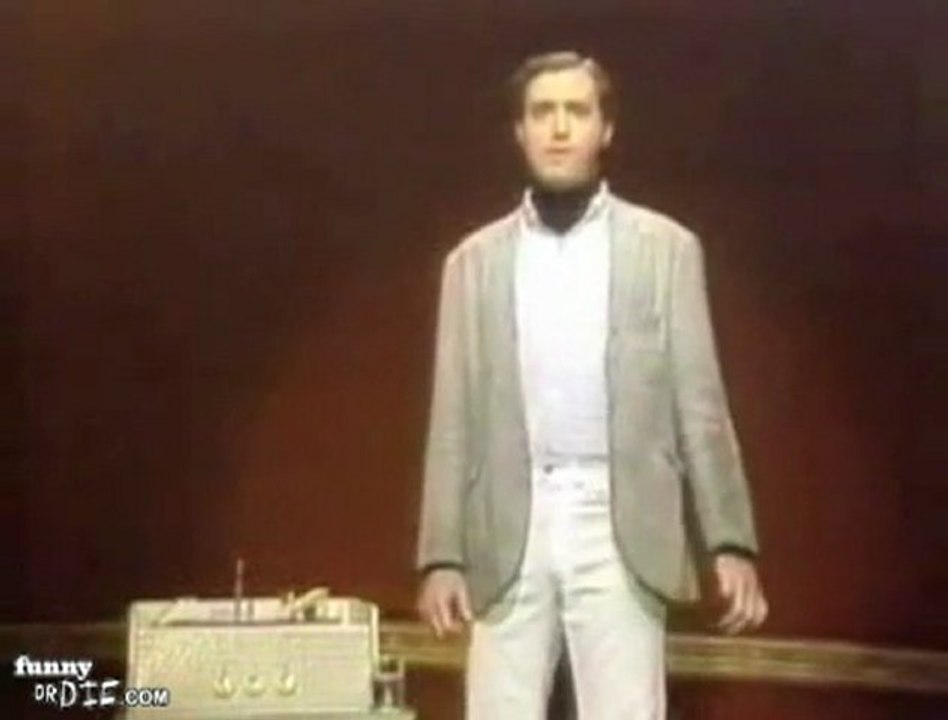 I remember watching these very strange guys on SNL one night, whom I had never heard of before. They were wearing hazardous-waste suits, apparently playing in an industrial basement, and doing very odd things to the Rolling Stones’ “Satisfaction.” It blew my adolescent mind.

I went out and bought their album the following Monday.

That pretty much describes Bowie’s entire career, too.

That pretty much describes Bowie’s entire career, too.

You are certainly entitled to your opinion.

We’ll have to see what the general assessment of many of these current artists’ work is 40-50 years from now.

SNL was the first time I had actually heard the whole song. It might just be me, but the song felt incomplete. Which is odd, because it’s about 3 minutes long, and there are plenty of songs I quite enjoy that go on for not much longer than that. But I can see why people like it, Smith does interesting things in the song. Sorry, I’m not a music critic.

That performance by Devo is not from SNL but from the other latenight show from the early 80’s called Fridays.

Rich Hall, Melanie Chartoff, Michael Richards, Larry David and Maryedith Burrell are the cast members I recall. Jack Burns was the announcer/producer or something and appeared on camera a lot.

That performance by Devo is not from SNL but from the other latenight show from the early 80’s called Fridays.

Oh, I remember Fridays, but various online sources indicate that it was on SNL:

On October 14, 1978, Devo gained national exposure with an appearance on the late-night show Saturday Night Live , a week after the Rolling Stones, performing “(I Can’t Get No) Satisfaction” and “Jocko Homo”.

The host for the episode is Fred Willard, and the musical guest is Devo.

Akron weirdos Devo were still looked on with suspicion as they wandered into the halls of Studio 8H in October of 1978. The group’s debut, Q: Are We Not Men?, A: We Are Devo! had only come out three months prior, and the hype surrounding them was surprisingly high for a punk-inspired new wave. That’s because they had managed to impress a number of influential music business figures, including Richard Branson at Virgin Records, producer Brian Eno, and even David Bowie. The latter two worked on the band’s debut album, with Bowie remixing the record’s songs when conflicts arose with Eno.

But Are We Not Men was met with mixed reviews and sold especially poorly in the band’s native country. A slightly warmer critical and commercial reception in the UK didn’t do much for Devo, who were set to undertake an American tour. The good news was the live setting was where Devo made the biggest impression. Featuring costumes, pre-shot films, and powerful delivery of the band’s material, Devo were able to make converts out of even the most sceptical of viewers. This was an essential asset, as the third gig booked for the tour was on Saturday Night Live.

IMDB indicates that Devo did, indeed, appear on Fridays, but that was in 1980, two years later.

I swear I checked that clip and thought it was labeled as being from Fridays. It appears it was a different song but they were still wearing those yellow suits.

I stand corrected, that is indeed from SNL.