In other right wing violence news, someone fired 23 gunshots into the home of a Democratic Alabama State Senator this morning.

A Mobile police spokesperson said the gunfire “does not appear to be a random act.”

This extremist behavior is becoming so common that it doesn’t even make the news anymore.

But a Democrat shot and wounded Steve Scaliese four years ago, so that makes it OK.

And I did not say that officer Sicknick died because he was out of shape.

What if the January 6 insurrection had been more successful?

Enough of them were old and out of shape that several deaths occurred just because of exertion and stress - including the capitol pooice officer who died of natural causes.

The medical examiner stated outright “all that transpired played a role in his condition.”

Brian Sicknick, a United States Capitol Police officer, died on January 7, 2021, the day after he responded to the storming of the Capitol. He was pepper-sprayed during the riot, and had two thromboembolic strokes the next day, after which he was placed on life support, and soon died. The District of Columbia chief medical examiner found that Sicknick had died from stroke, classifying his death as natural, whereby a death is "not hastened by an injury", and additionally comment In the interve...

Why are you so determined to excuse the reprehensible behavior of these anti-American, unpatriotic, violent assholes, that you’re willing to blatantly lie?

Why are you so determined to excuse the reprehensible behavior of these anti-American, unpatriotic, violent assholes, that you’re willing to blatantly lie? -

He’s bought into the stream of bullshit hook, line and sinker.

Give the man credit. He hasn’t bought into it-He is actively promoting it.
He doesn’t get to be the victim.

I thought those were geese. -

He’s not greasy. Slimy, though.

I’ll come out of lurking to offer this to anyone who thinks 1/6 was a protest that got out of hand. 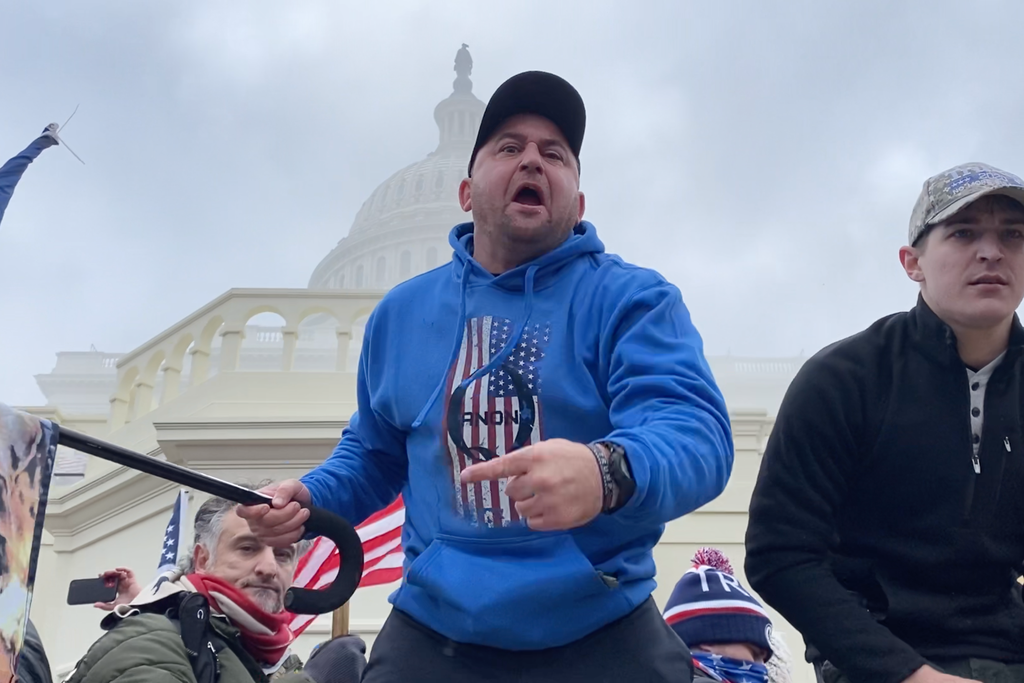 Video: Day of Rage: An In-Depth Look at How a Mob Stormed the Capitol

A six-month Times investigation has synchronized and mapped out thousands of videos and police radio communications from the Jan. 6 Capitol riot, providing the most complete picture to date of what happened — and why.

I can’t play this: it is paywalled.

Funny thing about this thread – I started it because Sam had promised to come apologize for his own gullibility in believing Trump’s tweets, but the original thread was closed. But he refused. Because he’s dishonest and dishonorable, as is now clear. And only a dishonest, dishonorable fool like him could continue to carry water for these violent, unAmerican assholes.

You still haven’t taken responsibility for your extreme gullibility in accepting Trump’s tweets, much less all your other errors and lies. I don’t expect you to any more. It’d be a surprise if you did.

On the internet, nobody knows if you’re a goose.

On the internet, nobody knows if you’re a goose. -

But they know if you’re silly.

But they know if you’re silly.

I am guilty of sloppy writing. I meant that some rioters were older and out shape, leading to deaths from natural causes, just like Officer Sicknick. I did not mean to imply that he was either old or out of shape, but just that he died of natural causes, I have no idea what kind of condition he was in.

But I know I can count on you to parse everything I say in the worst possible way.

Oh, good one. You should write that down in your burn book.

Oh, good one. You should write that down in your burn book. -

You have my permission to use it whenever you want.

I am guilty of sloppy writing.

You’re guilty of posting what you posted. But credit to you for walking back that abhorrent calumny.

You have my permission to use it whenever you want.