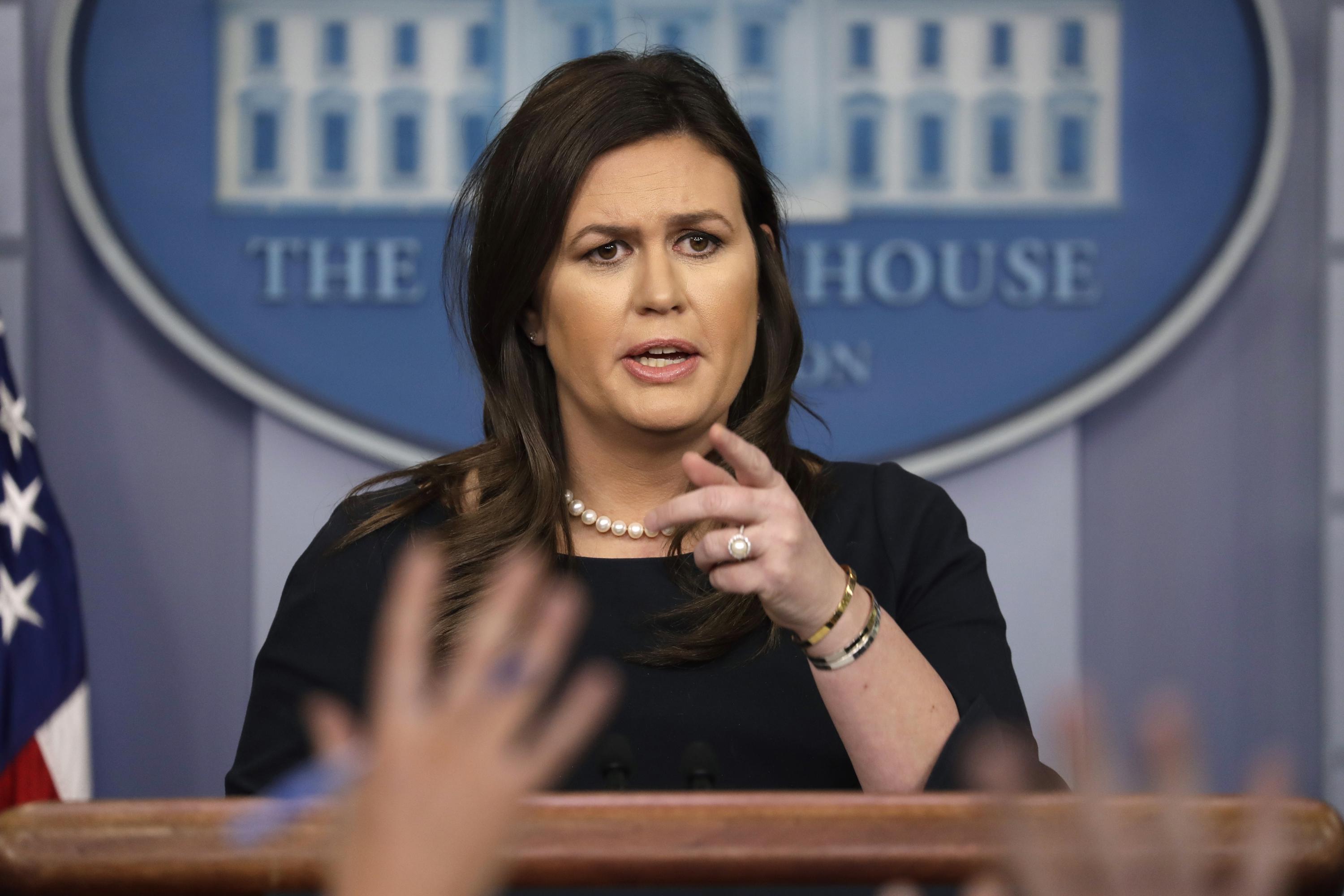 
Does she have a chance? And would she be a better governor than she was a press secretary?

*Did you see what I did there?

I look forward to Forbes’ coverage of her election campaign.

And would she be a better governor than she was a press secretary?

Setting the bar pretty low there.

She’s in Arkansas so yes, she has a chance. Whether she’s capable of actually doing the job… who knows.

She doesn’t have to do anything except natter about Radical Left Libs.

What’s Mike Huckabee’s approval in Arkansas? I thought he was fairly popular.

Does she have a chance?

She wouldn’t need to do that in Arkansas (separate herself from herself). Her most-failed president in American history enjoyed 61% approval there.

Hell, maybe she could add the Trump name to hers when she runs.

Does she have a chance?

“Does she have a chance? Hell ye-

She doesn’t have to do anything except natter about Radical Left Libs.

That’s all one needs to do in order to win Arkansas.

She’s already whoring herself out as a ‘Christian’ although I wonder why she’s running for AR governor if she wants to clean up NYC. At least that’s what her announcement is showing.

Wait, u guys do Glamor Shots at church too?

It’s AR, she will win easily

Does she have a chance? No. And neither did Donald Trump.

That’s all one needs to do in order to win Arkansas.

I believe I said that. We did have a Democrat by the name of Mike Beebe before the current Republican Asa Hutchinson, who isn’t nearly as much of an ass as Huckabee, who liberated some silverware when he left. Huckabee is a minister of some sort, and the silverware was “a love offering”, what ever that is.

I believe she dropped the Huckabee quite a while back. A google trend comparison shows “Sarah Sanders” overtaking searches for “Sarah Huckabee Sanders” some time in mid 2018.

Arkansas elected a Democratic governor as recently as 2010 (with 65% of the vote). That said, a LOT has changed in the last decade and it’ll be a huge uphill climb for any Democrat.

Maybe she’ll give away her personally-baked chocolate-pecan pies to potential voters.

She announced her candidacy by claiming she beat the libs and the media.

Trump nutballs love her. Christians and “Christians” love her. I’m sure the fine people of Arkansas are proud of her. She’s a poor, persecuted victim, like all the Trump people were. Just beaten badly and treated so unfairly by the (not unfairly named, amirite?) Lamestream media. I’d say the question was: "Can another candidate in Arkansas beat her?’
Disclaimer: I don’t actually know anything about Arkansas politics, other than they thought Mike Huckabee was a good choice for Governor.

Arkansan here. I agree with everyone that she has a chance, and that a Democrat would face an uphill climb (but not too steep of one) to beat any Republican at this point. But she’s also not the only Republican candidate. Not only is there the Lieutenant Governor running, who will get some benefit from being a semi-incumbent as people seem to largely like the current governor, but there’s also another Republican woman running–our first female Attorney General–which would limit any “first female governor” appeal.

I’m also not as convinced as everyone else that Trump is as well liked here as people think. For one thing, a large part of the Trump votes were R votes. For another, I’ve seen a lot less enthusiasm for Trump since after the election. A lot of people seemed embarrassed with him still saying he won, and I even saw a few true believers slowly start to fall away. And, after the attack on the Capitol, I saw a about as many people who were disgusted as were digging their heels in and blaming Antifa.

I actually think the main thing she has going for her at this point is name recognition. But that’s something that will change.