Reyka is a South African crime thriller television drama series created and written by Rohan Dickson. It is an M-Net original production co-produced by Quizzical Pictures and Serena Cullen Productions for subscription television channel M-Net, released in July 2021. The series alternates between Reyka's past and present. In 1994, when apartheid was ending, an 11-year old Reyka was abducted by Angus Spelman, who sexually assaulted her for four years. Reyka managed to escape at age 16, with h...

Speaking of Ghosts , some of them seem to be fading away.

You mean getting sucked off?

You mean getting sucked off?

They can only hope.

Possibly the most shocking moment in my TV viewing history. Still haunts me.

We’re watching the sitcom Mythic Quest on Apple+ and it’s fantastic. It’s about a video game company and all the struggles involved in collaborative creative work. It’s darkly funny and geeky and genuinely thought-provoking. It’s unusual to see such great storytelling in a sitcom. The continuity work is quality, but it really shines on an episodic level. It’s like each individual episode has its own vision and meaning. There is one stand-alone episode, A Dark Quiet Death, that deserves an Emmy.

We’re also watching The Good Fight, which is a highly entertaining legal drama that tackles thorny issues with sophistication and enthusiasm. It features an ensemble cast with many great characters to root for.

We watched the first season of ST Disco, and loved it, but damn is it dark. I haven’t been able to resume since the end of Season 1 because it feels like something you have to mentally prepare for, and I am not in that kind of mood. But it ranks up there with my favorite Trek.

Money Heist. I literally just finished S2E1 like an hour ago and I’m done. Looks like this thing is just going to drag on and on for no real reason. I can’t believe there are 5 seasons of this.

That was my impression also, and I had the same reaction.

We just watched the Christmas edition of Blown Away on Netflix. It’s only four short eps. For those unfamiliar with it, it’s a competition between glass blowers. Even if you’re not into the art, the techniques are interesting.

In fact, S2 wraps up the story. S3 is pure sequel: a contrived situation forces the gang to get back together again and rob another institution. We bailed at the end of S3 because it was getting more grim and less fun. But if you want closure S2 is worth completing.

I’ve just tried the second season of Black Summer (Netflix) having been slightly underwhelmed by the first season. I’d been hoping for a change from the Walking Dead formula, and they’ve somewhat succeeded in that. The zombies rage and thrash, unlike their weirdly-squishy ambling counterparts in TWD. And action isn’t separated with such tedious soap-opera dialogue. But it’s just an endless battle of the militias; a good ole boy’s wet dream. Any hint of humanity or decency is only conjured up to be cruelly dashed.

It’s not like these zombie series have to be plausible, after all (the entire premise breaks the laws of physics, chemistry and biology). So couldn’t we have a version with implausibly little human rivalry where ingenious survival solutions could be explored, without being snuffed out by the mob?

Anime warning. Just started watching “Future Boy Conan” for the umpteenth time, first time with a copy I own, not on Youtube. Hayao Miyazaki directed, drew, and generally all around made this anime series, the only time he has done a complete one as far as I know.

Post Apocalyptia. Conan, the hero, lives with his grandfather, on an island, alone, until a girl washes ashore soon chased by other people, capturing her and dragging her off. Conan sets sail to rescue her, makes friends, enemies, and ends up saving the world from (because this is Miyazaki) a giant plane. Fantastic action adventure about two crazy kids in a world gone mad.

Available on Bluray in a gorgeous transfer with original Japanese plus dub in English.

We’re almost done with Foundation. It’s extremely good, IMO. I understand that there are some significant departures from the books, but the series stands very well on its own merits. If you like The Expanse, then you’ll like Foundation.

I’m nearly finished with Maya and the Three. 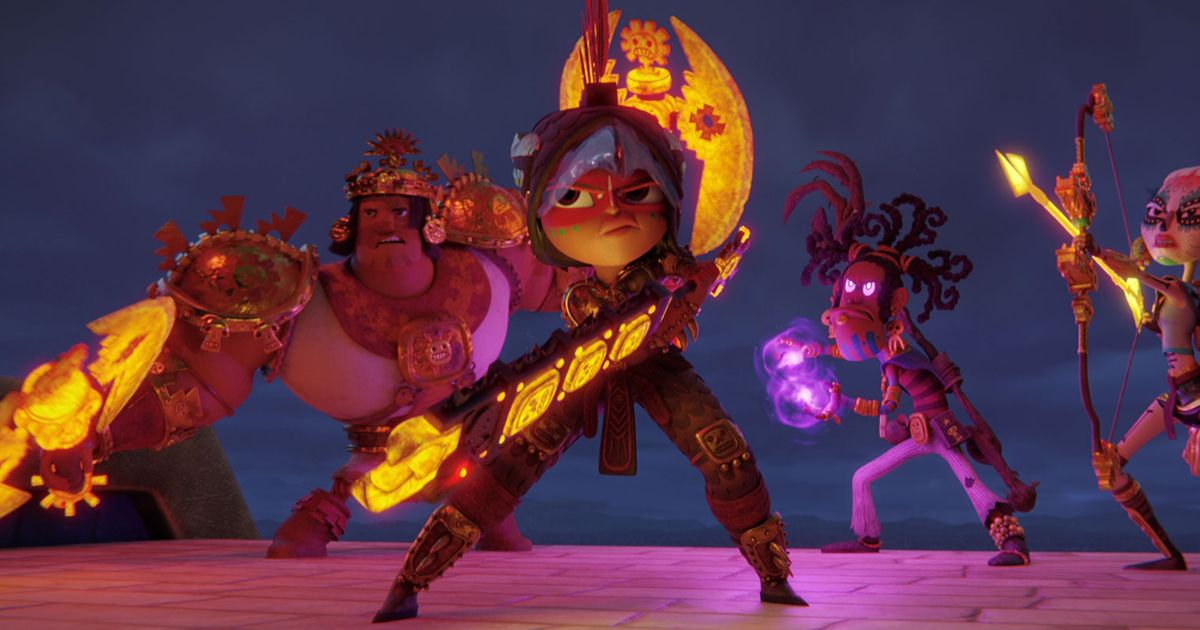 How Maya and the Three’s Jorge R. Gutiérrez Crafted a New Kind of Fantasy Epic

The new miniseries’s creator breaks down its unique blend of Mesoamerican history, Latin American culture, and Lord of the Rings–inspired mythology.

Just finishing watching Maid on Netflix. It’s been fun identifying the local settings, as it was filmed near me.

We’ve enjoyed it - 10 part limited series. The depiction of how easy it is to slip into poverty, (and how hard it is to get out of) and the realities of abuse, and how the system is so very hard to navigate… All very realistically portrayed. Good writing and acting too. 8.5/10 on IMDB and 87% audience score on Rotten Tomatoes

Maid is an American drama limited series created for Netflix by Molly Smith Metzler. The series is inspired by Stephanie Land's memoir Maid: Hard Work, Low Pay, and a Mother's Will to Survive. Its story focuses on a young mother who after escaping an abusive relationship gets a job cleaning houses and her struggle to provide for her daughter. It premiered on Netflix on October 1, 2021. Alex Russell leaves her abusive boyfriend and takes her two-year-old daughter to a shelter and gets a job cle...

I’m surprised that Hellbound hasn’t been mentioned on the board, seeing that it’s become a smash hit and more popular than Squid Game. I’m not sure if it’s been released in the US yet.

The premise is unusual. A supernatural announcement is made to certain people that they will be taken to hell at a certain date and time. At the decreed time, three demons appear, smash the victim to pieces and burn the body. 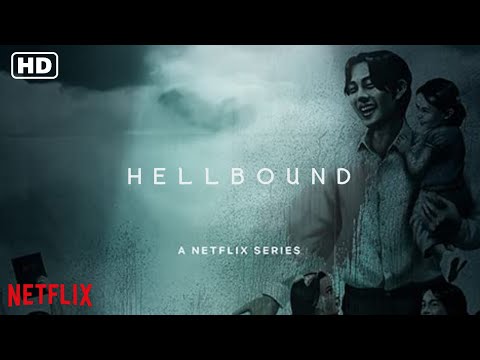 The main focus is on the effects of these events on individuals and society, fuelled by cults on social media, rather than on the supernatural aspects. It’s half horror story, half detective story, with a dollop of social commentary.

I watched three episodes before giving up. It’s highly compelling and watchable, far more so than I thought it would be, but I found it too unrelentingly dark, negative, and violent after a while.

It’s a rainy, gloomy, November day. I came in here looking for suggestions. Got it in 1, @GreenWyvern!

I’ve started watching Chestnut Man on Netflix. A Nordic Noir series that is dubbed in English and subtitled. I don’t usually like dubbing because it’s often so poorly done, but this one seems to have gotten it right. Only one ep in, so I can’t say for sure if it’s a keeper yet.

Finished Shadow and Bone - in general I liked it. Started and animated Cowboy Bebop, the first 3 or so episodes didn’t grab me, but I am warming up to it.

The first three episodes that you watched of Hellbound could be a limited series all its own. The following three episodes occur a few years later and expand the universe with a couple interesting twists in the final episode. I’m definitely looking forward to seeing where this series goes in future seasons.

We finally fully caught up with What We Do in the Shadows. It’s hilarious. My favorite comedy in years.

I like it up until the present season, when the writing suddenly seemed to be coming from 15-year-olds and was seemingly mostly dick jokes.