That’s how I felt about season two. A lot of dick jokes and not a lot else. We quit watching after two episodes.

I’ve enjoyed many of the jokes in the current season of What We Do In The Shadows.

The entire episode with the vampire rapper and his Fred Armisen familiar, tween Colin Robinson and the Djinn/Penis negotiation was hilarious. My whole family laughed all the way through it.

I must disagree; it’s firing on all cylinders for me. Kristin Schall’s character, the Wraiths, Nandor’s aforementioned negotiations with the Djinn, the entire Night Market episode, and more.

Though I do wish they’d get to wherever they’re going with Colin Robinson 2.0 already.

The episode before the night market episode had me laughing much more.

The Staircase (HBO) – the dramatization of the documentary of the same name on Netflix. With Colin Firth and Toni Collette.

I dunno. I’m sure there will be Emmy nominations for the actors, but the story does take a long time to go nowhere in particular. And it’s edited in a most confusing fashion, flipping between 2001, 2011 and 2017 and leaving the viewer often asking “Wait…what year are we in now?”

We watched the series Signora Volpe. Wanted to see it since it stars the great Emilia Fox. Who plays Sylvia … Fox. And Fox/Volpe, get it?

She’s an intel officer who takes off to Umbria to get away from it all (and has a sister there). Of course immediately gets drawn into solving mysteries.

3 double-length episodes. Each on a single mystery.

Quite a disappointment. Frankly, if it wasn’t for Fox I would have bailed on it quite quickly. Don’t see how this is 7.2 at IMDb.

If you want to see her in something good (besides Silent Witness, of course) try Delicious.

The first two episodes have not disappointed.

Stumbled on and started watching First Kill . It is profoundly cheesy but I think it is something meant seriously and not as a goof?

Besides the profoundly cliched story, I believe the production budget for the series was roughly 15 minutes of a Stranger Things episode.

There will not be a second kill. 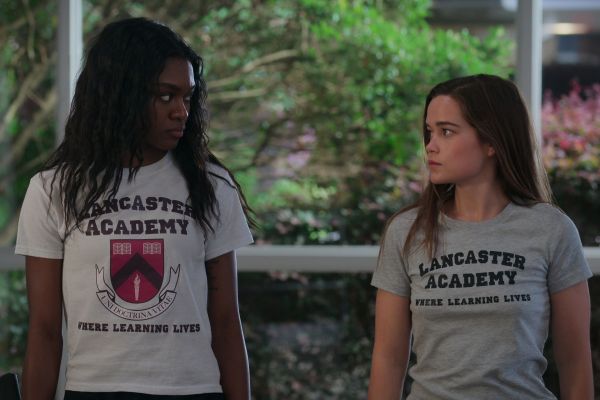 ‘First Kill’ Canceled By Netflix After One Season

Bummer. I liked it.

Stumbled on Resident Alien and liking it quite a lot after three episodes.

Is that the one several people have nicknames “Quincy, E.T.”? Interesting.

Is that the one several people have nicknames “Quincy, E.T.”? Interesting.

That nickname didn’t hold up—I thought there would be a lot more crime-solving.

Boundless (Spanish: Sin límites ) on Amazon Prime, a 6 episode series about the Magellan expedition. It made a 3 year voyage seem like 10. It sugarcoats Magellan’s sins (re: attempting to forcibly convert the natives) but it does validate the great accomplishment of the man who finished the journey, Sabastian Elcano. Elcano is the only character who’s really developed. More could have been done with Magellan’s slave, Enrique or the voyage’s chronicler, Pigafetta. It doesn’t help that it’s difficult to tell one bearded Spaniard from another.

We watched the first episode of The Terminal List last night. it was decent, but a little slow. We’ll watchn the next one, but it has to get more compelling for us to stick with it.

I thought it was middling. Chris Pratt was actually pretty convincing, and the acting and action were good. It really tried to say something about the issue of veterans’ mental health and… kind of did? It was also nicely paced, moving along from plot line to plot line.

On the down side, it was VERY predictable. And I never really enjoyed the flashbacks/mental breaks, although I appreciated what they were aiming for.