SF State dreadlocks incident: Is it for real?

An incident at San Francisco State University has been getting a lot of attention. A young black woman accused a young white man of cultural appropriation because he was wearing dreadlocks. Part of the incident was caught on video and posted to Youtube. Here’s the news story.

There’s something about this that seems phony to me. It’s too pat, too designed to push people’s buttons, like a piece of performance art.

So, fellow Dopers, what do you think?

BTW, I considered starting this thread in IMHO. It’s fine with me if a Mod wants to move it.

Would you say that a black american without dreadlocks or an afro hairstyle was guilty of cultural appropriation?

I’ve never fully understood the thing with cultural appropriation. And certainly don’t get the anger behind it. It most recently came up in entertainment news with that Coldplay/Beyonce video in India. I guess I should be getting really pissed every St. Patrick’s Day. I’ve so far worked/known an equal number of people both black and white, who wore dreads. No one seemed to care.

If nothing else, she managed to get me to side with a white dude with dreadlocks. That’s quite an accomplishment.

Also, her sidekick seems to be appropriating Inspector Gadget.

From what I understand, a lot of anger from cultural appropriation in general comes from considering parts of another people’s culture to be just neat costumes to wear without understanding or caring about their significance to said culture, especially since it sometimes comes with a healthy dose of ignorance/racism. For example, some Native Americans consider war bonnets as part of an “Indian costume” to be akin to “stolen valor”; the bonnet apparently serves a similar purpose.

I’ve seen someone say that white people seem to treat other cultures like Jack treats Christmas in A Nightmare Before Christmas: perhaps starting with good intentions, but clumsily not understanding, or thinking they have to understand, anything about what they’re aping actually means.

As for this particular situation, I do recall seeing some people assert that dreadlocks have a larger significance than “just” a hairstyle, but I don’t know the truth of that. Maybe they’re ticked that white people can wear them without a problem, while black people who have them are sneered at for being low class, and encouraged to straighten out their hair or they won’t be considered good looking. (Maybe double standards is a big sticking point here, now that I think about it.)

Maybe they’re ticked that white people can wear them without a problem, while black people who have them are sneered at for being low class, and encouraged to straighten out their hair or they won’t be considered good looking. (Maybe double standards is a big sticking point here, now that I think about it.)

Ok this is hilarious here. A white person with dreadlocks is like the epitome of the “dirty street hippie” stereotype.
As for the OP, most of these “cultural appropriation” whiners are college kids who really really want to get upset over something to show how progressive they are. Funny you never hear them yelling about cultural appropriation when a minority dresses a certain way.

So far no one has addressed my question, which is whether the incident was real or staged. I suspect it was staged - as I said before, there’s something about it that seems too pat. So, was this a real confrontation, or a performance piece?

I was actually going to start a thread on this topic.

… What if a black person wears a cowboy hat?

That would be ironic, as the cowboys of the old west were originally black.

This should not be news. This is two or three people having an argument over some thing or another. Happens rather often.

In answer to the original question
I saw it earlier today and thought it appeared to be staged.

If it isn’t, then it is right up there with students protesting for more fried chicken and freaking out over chalk on a sidewalk.

Whatever happened to the US being referred to as a ‘melting pot’?

The guy might be mixed race. These days no one knows for sure what anyones family background is. Its pretty tacky to just assume the worst and chew him out for his hair style.

I’ve done a little research, and the culture specificity of dreadlocks seems to be in some at least minor debate even within the circles of those concerned about social justice. Some argue that the word “dreadlocks” and the hair it represents is unique to black culture through a specific origin with slavery and the slave trade, and a relative (not complete, but relative) lack of them in European culture in comparison. But if there is objection to the word, I don’t see an answer as to how you’re supposed to tell whether a particular person’s hair is “dreadlocks” or Irish “glibs” or Indian “jata” or whatever. Maybe it’s a matter of style?

As for my previous pondering on white people having them, yes, it was probably poorly worded. I was thinking about how many black people these days have taken to “natural” hair as a point of pride (as opposed to a majority-white culture they feel are imposing their POV of what’s “attractive” and what’s not onto them — see also wide noses and the debate over the book Nappy Hair), and I think I just got mixed up in trying to put it into words.

ETA: I think one source of interest in this topic was that I was acquainted with a white guy in high school who had dreadlocks, and who once wrote an essay about people’s reactions to him, bits of which I still remember to this day, if vaguely.

I don’t know if it really happened, but being in SF nothing surprises me.

I think that’s the issue: most people, I believe, think “dreadlocks” is a relatively generic word without baggage that can be attached to a wide variety of hairstyles throughout history and the world, and the people who object say that it factually does not, and shouldn’t, due (I assume — I don’t know) to its origins in slavery.

Though again, I don’t know what contrasts what we think of as “dreadlocks” to the similar hairstyles throughout the world, or even if such contrasts exist in any meaningful way. If there aren’t, then the whole issue becomes that much messier, and thus more likely for people to throw up their hands and just call everything “dreadlocks” as they do right now.

Is no one going to address the fact that this woman had short hair? Shorter than a typical womans hair and thus resembling a mans haircut? This woman is clearly culturally appropriating a mans hairstyle. Thus she is a gender racist and should be decried as such.

Seems real to me. 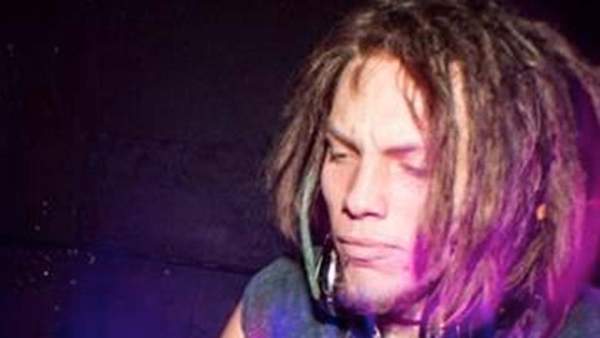 Does Bonita Tindle have a point when she tells Cory Goldstein not to have dreadlocks because he's white?

I’m surprised no one is saying anything about him wearing a dress. Is that progress?

I bet a lot of the conservatives supporting him because the “enemy” is black would be calling him all kinds of slurs and probably beating him up themselves.

She’s just bullying him, for some unknown reason.

That would be ironic, as the cowboys of the old west were originally black.

Fake. She’s laughing through most of it, the guy with her who appears to be a well-dressed flasher also cracks a smile several times, and the reactions of the people walking by aren’t typical. No one even glances at them, or the person filming it? Unlikely.