Should I try Vegemite?

I’m going on a road trip to Ohio, and one of the stops will be in Fairfield, home of Jungle Jim’s International Market. 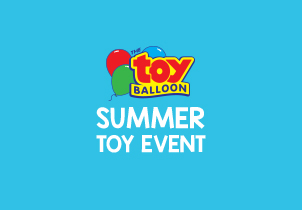 There’s always something happening at Jungle Jim’s International Market! With more than 200,000 square feet of shopping space in each of our stores, there are over 180,000 products from which to choose. New items arrive daily, we have weekly events...

I’ve visited their Australian aisle before to get some candies, like Violet Crumble, Jaffas, and Cherry Ripe bars. I know they have Vegemite too and after hearing so much, pro and con, about it, I’m thinking of trying it.

Should I? I hear it’s very salty.

Why not try it? It is salty and savory/meaty/umami, like licking a boullion cube. It should seem obvious, but you’re not meant to slather it on a 1/4" thick like peanut butter or nutella. You put on some butter on your toast first, then a thin film of the vegemite. This is as I was instructed by Australian & British friends. Maybe the natives put it on thick (I had the impression they don’t though), but if so, Americans have to work up to that.

Of course you should try it.

I think Vegemite is lovely. I was initially introduced to its cousin, Marmite, by a Kiwi when I was a volunteer in post-war Croatia. Given its color, consistency, and use as a bread spread for breakfast, I was expecting it to be a Nutella-like sweet chocolate substance. Man, let me tell you, when you have that disconnect where your taste buds expect one thing and you get the exact opposite, it’s pretty jarring. I thought it was the most disgusting thing I’ve ever tasted. And then I had it again. And again. Next thing I know, I was spreading it so thickly that my New Zealander friends were even shaking their heads.

You seem to have a good idea of what to expect. I prefer Vegemite to Marmite, as it’s less sweet (“sweet” being relative here), it’s got a consistency that’s easier to deal with (not as syruppy), and it’s a little bit subtler than Marmite (once again, relatively.) For me, lightly buttered toast with a smear of Vegemite is one of life’s simple pleasures. If you’ve ever tasted “Better Than Bouillon” or something similar straight from the jar, that will give you an approximate idea of what Vegemite, Marmite, and their kin taste like.

I use about 1/2 tsp each of butter and Vegemite on a toasted English muffin, topped with a slice of Tillamook Cheddar. From what I’ve seen online, I put it on too thickly. But that’s how I like it.

Hm… Haven’t had breakfast yet, and it’s been a couple of days since I had a Vegemite muffin…

Why not try it? It is salty and savory/meaty/umami, like licking a boullion cube. It should seem obvious, but you’re not meant to slather it on a 1/4" thick like peanut butter or nutella. You put on some butter on your toast first, then a thin film of the vegemite. This is as I was instructed by Australian & British friends. Maybe the natives put it on thick (I had the impression they don’t though), but if so, Americans have to work up to that.

Nah, Hello Again you’ve got it right. That’s the usual way to do it - thinly on buttered toast.

The taste is not really for everyone though, as I’ve discovered over the years.

For many people, if you weren’t brought up on it from childhood, then you probably won’t like it very much, although you could grow to like it.

But you are just as likely to hate it right from the start.

I prepared vegemite crackers (because toast would have cooled, softened, and become ass) for a group of about 30 Japanese friends who had never had it before, and their reactions were about 70/30 love/hate. I can’t remember that anyone said - ‘yeah, it was … just OK’. But you have to take into account that the vegemite taste is already prevalent in some Japanese foods, so they’re probably already used to it to some extent. It could have been the butter alone that threw some off. Who knows?

There’s no reason that you have to give it a try. But it won’t kill you or make you sick.

I’m gonna do it. I haven’t tried anything absolutely new in a very long time.

So by this time next week I could either be cursing the people who encouraged me to try it, or telling the folks who say it’s bad that they are all wrong.

Unless you think mixing 3 ounces of turpentine with baby poop, and spreading it on bread and eating it sounds yummy - in which case I say “sure” and bon apetit.
I think you would also love licking the toe jam off Ukranian peasant women’s feet after a hard day of work in August. Just as tasty.

as already said, it is an acquired taste, goes well with cheese

I tried it when I went to Australia several years ago. It tasted like salty paste. It didn’t leave me with a desire to try it again.

If you’re going to try one of the two, I would go with Vegemite as the gateway drug. It’s less gloopy than Marmite - it doesn’t run all over the rim of the jar, welding it shut - and the taste is milder. I use it with mustard instead place of margarine and it hasn’t done me any harm yet. The people of New Zealand are strong and healthy.

My Ideal Large Sandwich Recipe:
Two slices of bread. Mustard on one slice, Vegemite on the other. Put some grilled chicken between them with some grilled onions and Branston pickle. Soy sauce, pepper. Chop in half. Eat.

Vegemite was basically a wartime privation which Aussies, out of some perverse macho ethic, elevated to a symbol of their national character. It could just as easily have been hardtack or canned beets.

I mean, c’mon. I live in Korea and have easily resisted the temptation to eat dog. Food should be enjoyed. Vegemite is something you eat on a drunken dare.

My Ideal Large Sandwich Recipe:
Two slices of bread. Mustard on one slice, Vegemite on the other. Put some grilled chicken between them with some grilled onions and Branston pickle. Soy sauce, pepper. Chop in half. Eat.

You know what would vastly improve this sandwich? Skip the Vegemite.

Just a tip - treat it as a condiment to butter rather than to the toast. It’s at its best when really thinly spread on toast that’s melted the butter.

In essence, you’re using the right amount when you spread a scrape of it thinly on the toast and then use the same knife to take as much of the Vegemite off as you can - you should end up scraping most of the stuff back off on the lip of the jar. Too much is overpowering. It’s much better with melted butter than regular butter so don’t use it on sandwiches unless you’ve got some really strong, sharp cheddar to go with it.

If you want to experiment, try it with something cloyingly sweet like honey or strawberry jam. You can also make a surprisingly good tea with it be stirring about 3/4 tsp into a cup of boiling water.

If you enjoy the following type of foods you might like vegemite or marmite:
Anchovies, fish sauce, worcestershire sauce, strong stocks/bouillion, miso soup and the little bits that stick to the pan after cooking a roast.

Otherwise I think you’ll be disappointed.

As others have said it’s an acquired taste, although it surprises me how Americans who appear to be in love with all things bacon are against the concentrated umami hit of vegemite.

My first trip to Australia. I’m sitting around a table one morning with half a dozen Australians and they were making vegemite on toast for breaky. Now, I’ve heard of red blooded Americans puking when trying their first bite of vegemite.

I admitted I’d never tried vegemite but what the hell it can’t be as bad a the Japanese natto.

The group were all eying me as I took the first big bite. Seppo honor at stake.

I swear cheers erupted around the table. i’m not sure what the big deal was. Tastes not unlike spreading miso on a piece of toast or a thin layer of soy sauce.

I’ve tried vegemite and avocado, but that really didn’t deliver for me. Eh, give it a go if you’re already in an experimental mood.

But you are just as likely to hate it right from the start.

I tried it and hated it right from the start.

But it won’t kill you or make you sick.

It killed me, then it made me sick.

It’s so intensely salty that the saltiness overwhelms almost all other perceptions. I can see how it might be tolerable in very minute quantities, but in anything other than the thinnest layers it’s pretty much “gak”.

It should seem obvious, but the weak are not meant to slather it on a 1/4" thick like peanut butter or nutella.

For many people, if you weren’t brought up on it from childhood, then you probably won’t like it very much, although you could grow to like it.

Got a jar from the local import market when I was 18 or so and loved it from the first bite. Baker, there’s nothing saying you have to try it, but if you’re curious about it, go for it. Ya never know!

Oooh look, you can get Vegemite locally here in Stockholm!