Should we start talking about Mpox (formerly called Monkeypox)?

…or maybe not yet?

…
The need for vaccine or antivirals is being evaluated on a case-by-case basis, in consultation with CDC officials. The CDC does not recommend broader use of the vaccine at this time; however, their evaluation of vaccine guidance is ongoing.

The virus does not easily spread between people with casual contact, but transmission can occur through contact with infectious sores and body fluids; contaminated items, such as clothing or bedding; or through respiratory droplets associated with prolonged face-to-face contact.

“While the threat of monkeypox generally remains low, it’s important that everyone be aware of this disease, so that those at risk can seek medical care and get tested promptly if they believe they have symptoms,” said Minnesota Health Commissioner Jan Malcolm.
… 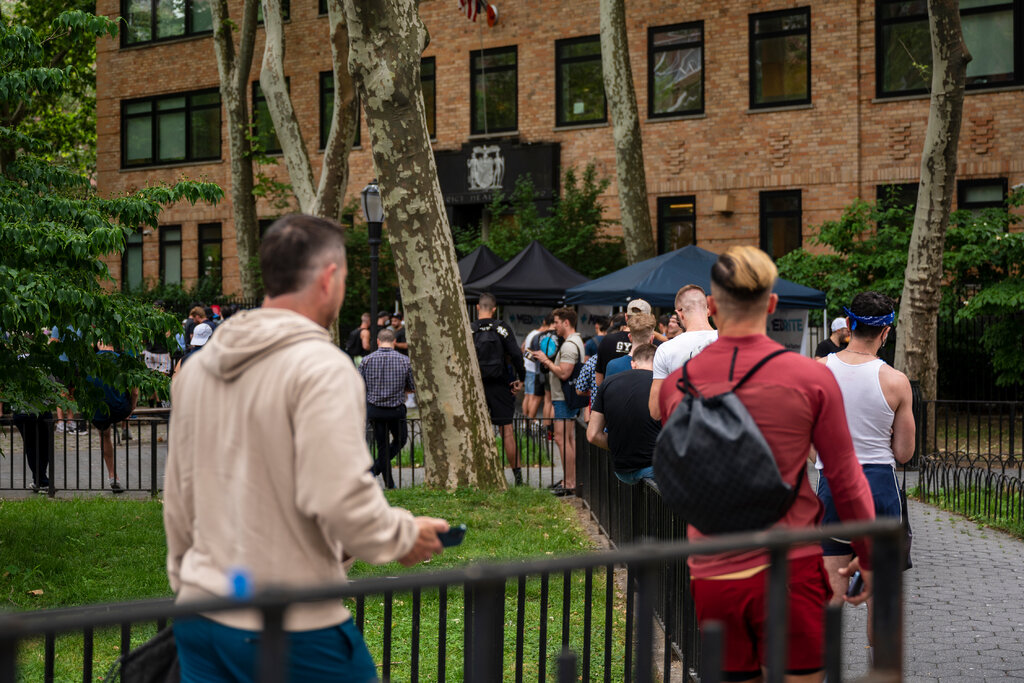 States will be given vaccine doses from the federal stockpile, but supplies of the safest type are limited.

The US Centers for Disease Control and Prevention announced on Tuesday the activation of its Emergency Operations Center (EOC) to respond to the US monkeypox outbreak.

We've got Monkeypox! Mundane Pointless Stuff I Must Share (MPSIMS)

It’s official. The United States has Monkeypox! I hereby nominate Monkeypox as the funniest disease name ever. I demand that we make it a matter of national policy to immediate contract lemurpox and orangapox. Not to mention chimpanpox and platipox.

I searched and found that thread (before I posted), which was started in 2003. It has two recent followup posts 19 years later.

Maybe I should have made my title: “Should we ramp up discussion about Monkeypox in the context of the last two years of COVID, especially now that MP is being discussed in the news?”

Isn’t the monkypox vaccine the same as the smallpox vaccine?

The U.S. Is Stockpiling Smallpox Vaccines as Monkeypox Outbreak Grows

But who will actually need one?

Monkeypox was elevated to a level 2 alert by the Centers for Disease Control and Prevention (CDC) on Monday, meaning experts now advise travelers to follow “enhanced precautions.” At the time of publication, 44 monkeypox cases have been confirmed in the U.S., per the CDC.
…

The federal government is currently stockpiling the Jynneos vaccine. Manufactured by biotech company Bavarian Nordic, it is the only U.S. Food and Drug Administration (FDA)-approved vaccine for both smallpox and monkeypox specifically. The U.S. also has reserves (100 million doses) of a smallpox vaccine called ACAM200, according to reporting from CNBC. While smallpox vaccines can provide protection against monkeypox, the Jynneos vaccine is likely to be the “vaccine of choice” should more people need to get vaccinated as a result of the current monkeypox outbreak, Dr. Gordon says.

Routine vaccination against smallpox in the U.S. ended in 1972 when the disease was eradicated. Since then, the vaccine has been provided only to certain groups of people—including scientists and medical professionals—according to the New York State Department of Health (NYDOH).
…

Hey. Careful how you say that.

I can remember getting my first smallpox vaccinations. The second round too, come to think of it (I was in the military.)

I’m assuming that the new vaccinations will replace the current ACAM2000 jabs the military get.

I am personally not concerned about catching monkeypox as it is now myself. It appears to be fairly easy to avoid and I don’t have much of a social life anyhow. It would be bad if it got loose in the homeless population, though.

How well do all these vaccine “stockpiles” keep? Do they have a finite shelf life? Does the gov’t have to continually discard and replenish these stocks?

At the time of publication, 44 monkeypox cases have been confirmed in the U.S., per the CDC.

The numbers are now substantially higher: Learn more about mpox in the United States.

Talk about it like don’t sleep with anyone with skin lesions? It doesn’t seem too hard to avoid getting it the ways most adults so far have.

A pox on both your monkeys!

In the news today, requests for vaccines in New York City are far outstripping available supplies.

I’m of two minds about this. The logical explanation is that this is similar to when Coronavirus vaccines were first available - demand was FAR ahead of supply.

On the other hand, it could be that people see the pictures in the press and are being motivated by an atavistic fear of the skin disfigurement.

Or a lot more New Yorkers are having sex.

High demand here in Broward County, Florida. We were one of the early hot spots. According to this article, we have at least 70 cases. South in Miami-Dade, they have 19. North in Palm Beach, there are 4.

They set up a vaccination clinic in Wilton Manors, which is an area near Fort Lauderdale with a rather high percentage of gay men - makes sense, since that is the population that seems hardest hit so far. Appointments apparently were in high demand.

Data as of July 15, 2022 at 2pm EDT. Data will be updated Monday–Friday.
Total confirmed monkeypox/orthopoxvirus cases: 1,814

So case numbers have more than doubled in a week.

Yeah, the same folks not wanting to get a Covid vaccine, now want monkey pox vaccine, right now! And it’s definitely the disfiguring thing is my guess.

Monkeypox is being driven overwhelmingly by sex between men, major study finds

Of the 528 confirmed cases reviewed, 95% are believed to have transmitted during sex between men, according to a new paper in the New England Journal of Medicine.

This sounds like what happened with HIV/AIDS–although needle sharing between drug addicts was also a major factor. Remember how rapidly/massively HIV/AIDS cases increased? 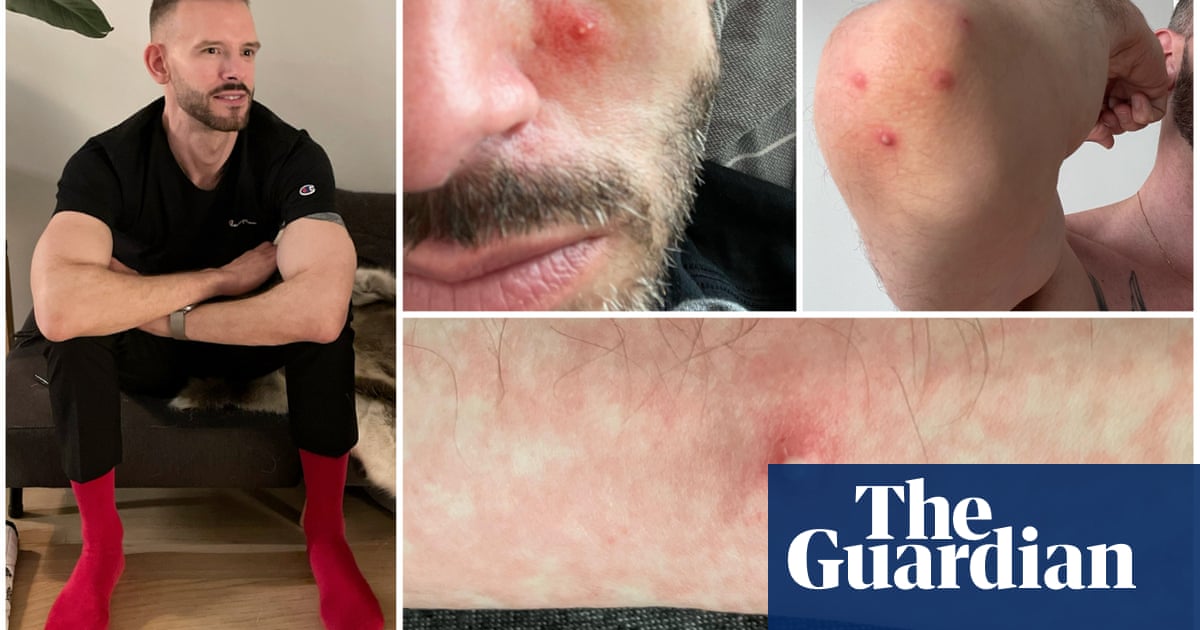 ‘I literally screamed out loud in pain’: my two weeks of monkeypox hell 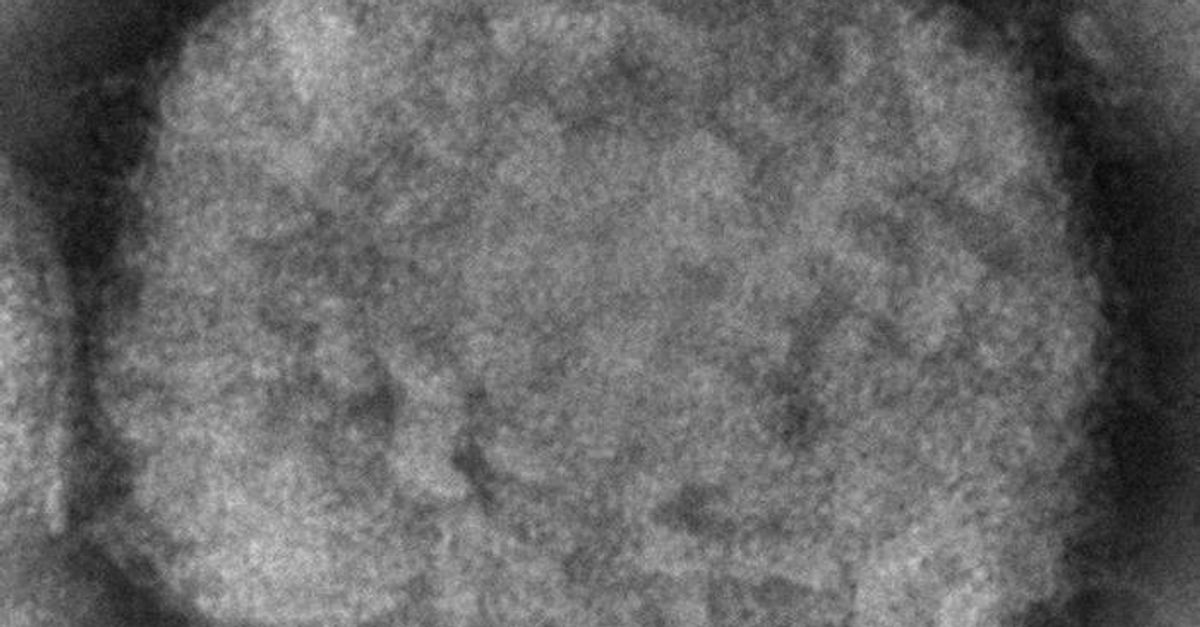 Health officials say two children have been diagnosed with monkeypox in the U.S. They are a toddler in California and an infant who is not a U.S. resident.

Not in the same family…

…
One is a toddler in California and the other an infant who is not a U.S. resident but was tested while in Washington, D.C., according to the Centers for Disease Control and Prevention.

The children were described as being in good health and receiving treatment. How they caught the disease is being investigated, but officials think it was through household transmission.
…

While the virus has mostly been spreading among men who have sex with men, “I don’t think its surprising that we are occasionally going to see cases” outside that social network, the CDC’s Jennifer McQuiston told reporters Friday.

Officials have said the virus can spread through close personal contact, and via towels and bedding…