Sarah Brightman - I lost my heart to a starship trooper

We Built this City (on Rock and Roll).

(here performed by astronaut Chris Hadfield in actual space, one of the coolest things to have ever happened IMHO)

“Thus Spake Zarathustra” and “The Blue Danube” were not written to be star ship theme songs, but post-Kubrick, they might as well be.

Firefly’s Serenity had this Bluesy one by Sonny Rhodes.

Composed by John Williams, as part of the soundtrack for The Force Awakens:

Pink Floyd - Set The Controls For The Heart Of The Sun

The Millennium Falcon had a theme song too.

Telstar wasn’t a star ship, but at least was a spacecraft.

Pink Floyd - Set The Controls For The Heart Of The Sun

I took too long listening to various versions. Here is a live version from 1974. Ronnie Montrose on guitar and a young Sammy Hagar belting out the vocals, under all that hair. 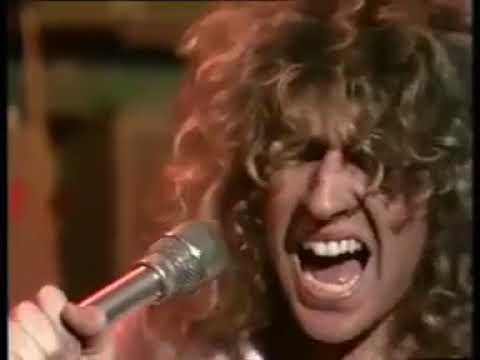 It’s not a Star Ship, but mention should be made of the disaster that was Via Galactica, a big-budget Broadway Science Fiction Musical that bombed spectacularly, becoming the first show to lost $1 million. Surprisingly, Raul Julia, Irene Cara, and Broadway veteran Virginia Vestoff were in the cast. It ran seven performances before closing.

The story of Via Galactica, the scifi Broadway musical flop of the 1970s

Decades before Spider-Man: Turn Off The Dark was just a twinkle in Julie Taymor's eye, Broadway had weathered a prior most expensive scifi musical ever: 1972's Via Galactica, a spacey extravaganza starring Raul Julia and a set made of trampolines.

The entire side 2 of the Jefferson Starship album Blows Against The Empire.

I saw two shooting stars last night
I wished on them but they were only satellites
It’s wrong to wish on space hardware
I wish, I wish, I wish you’d care

Also lots of stuff by Hawkwind

Battlestar Galactica (1978) Yes, Stu Phillips was jumping on John Williams’ bandwagon, but he did a good job.

Battlestar Galactica (2004) More soulful, but not as epic.

Pioneers over c by Van der Graaf Generator!
Sadly, in the lyrics the launch date was in 1983. But the song does date from 1970…