I rather liked this episode. Quite different from the usual Stargirl fare. More psychological thriller with elements of body horror thrown in, befitting the nature of the Big Bad.

So Cindy got rebuffed by Cameron. I rather thought she gave up to easily. Or maybe she’s just scared of the Norwegian grandparents.

Who also have cold powers? Or at least Grandma does? And now Cameron appears to be developing them, as well. So…it’s genetic? Are they maybe descended from frost giants or something?

I thought the JSA, Jr. squad got freaked out a little too easily. I mean, they seemed to be freaked out by the art room, which was covered in paint splatters, not blood. As a fanwank, I suppose that might have been down to Eclipso’s influence, as well, and it was directly instilling fear in them. But it kind of seemed like they were reacting with horror to seeing abstract expressionist art.

And, by the way, Mr. Deisinger was apparently just a really, deeply nice guy. His “darkness” was just…painting. I mean, painting the Black Diamond over and over again, but…that was it.

On a completely different track, I’m impressed with how cleverly the show handled COVID filming restrictions. Setting this season during “summer school” lets them use the school sets with only a handful of actors in each scene, and they’ve very carefully scripted and blocked the other scenes so that it makes sense to only have a couple of characters present at a time. It’s organic enough that it took several episodes for me to realize that most of the scenes only have a couple of characters, and none of them have more than a half dozen or so.

Also, high school series pretty much universally do one season per school year, which gives them at most four seasons, but often only three as they often start with the characters being sophomores. If they keep up with one season per summer school session, that potentially gives them two or three more seasons in high school. Although, honestly, junior supers shows all pretty universally have two or three good seasons before the premise gets stretched too thin, and they should move, but don’t. If Stargirl goes on for more than three seasons, and I hope it does, I also hope they just go ahead and let them become the full-fledged new JSA.

It even makes sense in summer school for the same teacher to be covering art and literature.

One thing that made me laugh had nothing to do with the plot of the story - it just struck me that the cheerful “Have a Great Summer” banner, which may bring joy to students in May or June who are not going to be there in July and August, is going to be bitterly ironic for the students who are in summer school.

And, by the way, Mr. Deisinger was apparently just a really, deeply nice guy.

The actor certainly seems to be typecast as the “Really Nice Teacher”, based on this role and the one he plays in Stranger Things. 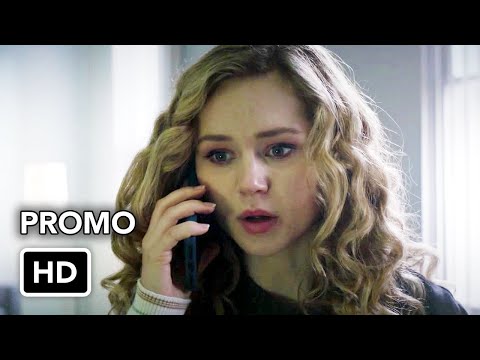 THE NEW INJUSTICE SOCIETY MAKES THEIR MOVE - Cindy (Meg DeLacy) and her new team make their move against the JSA leading to an epic showdown.

I was going to comment on the lack of big fights, relative to the first season, and possibly attribute it to COVID restrictions. But then then this episode dialed it up to eleven. The choreography, the cinematography, the editing – “epic showdown” indeed! One of the best fights ever staged in the Arrowverse.

Eclipso’s physical form was rather disappointing. I mean, a goblinoid, really? Then at the end he morphed into an evil child with an appropriately creepy laugh. That made it better, somehow.

I love how the huge ISA, Jr. vs new JSA fight turns out to be just table-setting for the release of the real big bad.

Always liked Eclipso. Good to see him finally realized in visual media. Not disappointed at all.

There’s not going to be much of that school left before summer is over.

Another nice moment : “Don’t kill him; he’s my dad’s friend”

I was going to comment on the lack of big fights, relative to the first season, and possibly attribute it to COVID restrictions. But then then this episode dialed it up to eleven. The choreography, the cinematography, the editing – “epic showdown” indeed! One of the best fights ever staged in the Arrowverse.

So, Isaac Bowen might not be dead-dead - by the rules of comic book logic, his life essence could be freed from Eclipso, and his body reconstituted. But…I think Isaac Bowen is dead-dead.

Cindy Burman is injured but I think still alive in the Shadowfell/UpsideDown/whatever realm Eclipso is from.

Shade is perhaps mortally injured, but I think he’s also still alive in the Dark Realm. Judging by the brief appearance of Charles McNider, time seems to pass differently there, and the physical laws are obviously different. I think as long as Shade stays there, his wounds will be more or less in stasis, but if he tries to manifest in our world, he resumes dying, so he’s stuck there for now.

Artemis was notably not totally evil. She stops Isaac from killing Pat, and Eclipso just kind of ignores her - as if her soul isn’t dark enough for him to harvest. Again, I think she winds up joining the JSA, Jr., at least temporarily. They probably don’t want to add another full-time regular to the cast, so I’m thinking she’ll probably team up with them to defeat Eclipso, then leave.

I’m also guessing that Green Lantern’s daughter will turn up again for the final showdown with Eclipso.

We are also getting closer to Season 2 Episode 9, when (possible spoilers ahead)

As a kid of the 80s, I absolutely love that he’s keeps playing the role of the first TV Flash. 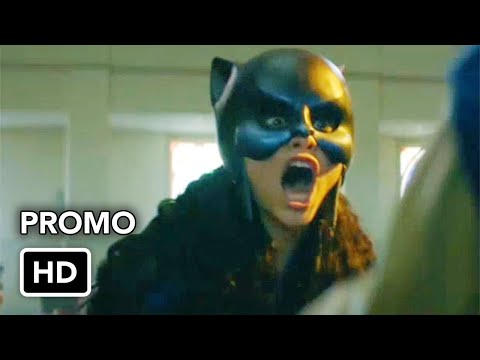 YOLANDA FACES HER PAST - When the guilt over Brainwave’s (guest star Christopher James Baker) death becomes too much to handle, Yolanda is forced to make a heartbreaking decision.