Suez blockage may cause run on toilet paper

The stuck ship in the Suez may affect shipments of wood pulp from Brazil that are used to make toilet paper. Coffee may also face shortages. 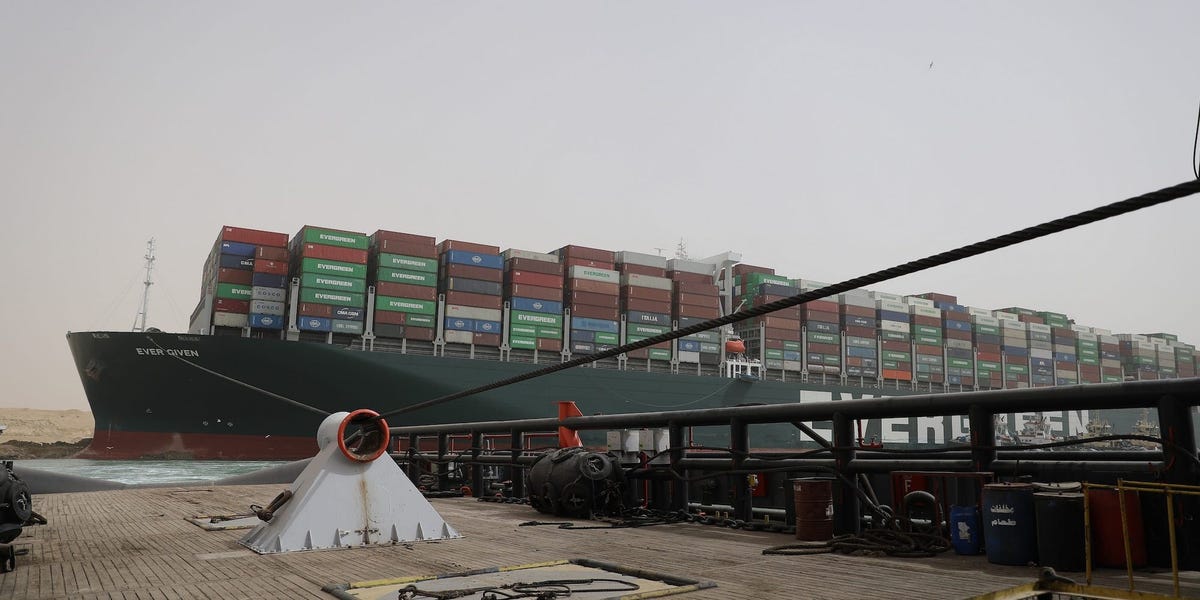 From toilet paper to coffee, here are some of the products that could soon be...

Experts say that the blockage is costing about $400 million an hour and that it could take weeks to move the freighter.

This evens out. Without coffee I won’t need nearly as much toilet paper

If it’s March, it must be a toilet paper shortage.

LOL! Thanks for the chuckle. I cling to humor as a coping tool, and the prospect of facing more bare grocery shelves stresses me. I do have some reserve supplies of paper goods, but do not relish the prospect of another round of “what am I going to need and be unable to lay hands on this time?”

Went out and stocked up again, just in case.

Canada does pretty well for having available wood pulp. Given the ever present Tim’s, it remains unclear if we will ever have access to good coffee.

I heard that wood pulp report on the radio yesterday, and bought more TP today. I’m already 'pretty good" stocked up on coffee. May I live in interesting times.

Rather than trying to predict what there’ll be a shortage of next and stocking up on many things, I just stocked up on vodka. I find it’s a convenient universal solution for all shortages and for the pandemic in general. For severe shortages and other extreme situations I just increase my intake.

I’m gonna play it safe and put BOTH vodka and toilet paper on my shopping list for today.

And I’m going to get my car customized to run on vodka.

That was a very scary thought for a second, but no, my vodka comes from Sweden. It’s safe, unless it somehow gets caught up in a fiasco of cascading transportation problems. In which case I’ll have a couple of pallets of Absolut airlifted directly from Köpmannagatan. According to my information there are 56 cases per pallet, so that would be 112 cases or 1,344 1.14 L bottles. That should be enough to tide me over for a few months.

The stuck ship in the Suez may affect shipments of wood pulp from Brazil that are used to make toilet paper.

Oh great, another opportunity for people who own bidets to be/have smug assholes.

If they run vodka through their bidets…

Which countries importing freight from Brazil would need it to go through the Suez Canal?

The story I heard said it had more to do with China and a global shipping situation. Maybe the Suez canal traffic stoppage affects that, I don’t know. All I need to hear is the warning, and that’s reason enough to pick up a little more. It’s not going to go bad sitting in my closet; I’ll get to the latest purchase eventually.

Went out and stocked up again, just in case.

Over the past ~6 months or so I’ve been stocking up on TP and paper towels after it was evident the the shortages of last spring were no longer an issue. A 12 pack here, a 24 pack there. This thread prompted an inventory check: 165 rolls in the garage, plus 3 or 4 in each of the bathrooms. That should be a good year’s supply for us. We aren’t as well stocked of paper towels as we are of TP, but those aren’t as vital.