When Lena suggested that Kara give people hope as a reporter, it gave me hope (pun intended) that the writers had gotten back on the ball with being relevant and topical (q.v. 2021 Nobel Peace Prize going to journalists Maria Ressa and Dmitry Muratov). But it turned out to just be a plot device so that Kara would be present when Nyxly abducted William. William himself is now just another damsel in distress.

The end scene suggests that Lex Luthor is coming back. Wonderful! The writer really have run out of ideas.

Boy this season is torture to watch. Put it out of its misery. Aliens are everywhere, everyone’s got super powers, everyone knows Kara is Supergirl. The cast just phones it in, which might be more than we can say about the writers. It was such a decent series at first, now this. It’s like watching a cute kid grow up to be a crack dealer.

Speaking of cute kids…if we didn’t already know that this was the final season, the addition of Esme would be a sure sign the show is running out of steam.

Back to the bad stuff, “you can mimic the powers of other aliens…”. “…other aliens…”. Yeah, that’s the way to make child feel like they’re a part of a family. I actually physically winced when Alex said that. And I don’t even like Esme.

And, at this point, I have no idea how the totems are supposed to work, or how the gauntlets are supposed to work. Like, we still don’t know what Supergirl was supposed to do for the Courage gaultet. And Nyxly apparently failed the Humanity gauntlet by being humane? And Supergirl passed the Hope gauntlet by…taking away the free will of two different countries? After explicitly saying that was a bad idea five minutes earlier? And…I could go on and on, but the whole thing is a convoluted mess. I seriously don’t think the writers have any idea how any of this works, either, they’re just randomly throwing up ideas for crises, and then trying to awkwardly backform a rationale for how they’re caused by the totems’ influence.

And, just by the way, two countries just went to war, and launched the first nuclear strikes since World War II, and everyone just kind of…moves on. I mean, even without their nukes, they’re still at war. And the Superfriends just went full-on Authority, and unilaterally disarmed two sovereign nations, but didn’t actually do anything at all to resolve the underlying problems. And demonstrated that they can and will override sovereign governments and just do whatever they want, with no accountability. Other than letting their pet embedded reporter write about how great they are. How is it possible that everyone on the planet is just shrugging all of this off?

I’ve posted before, that I loved Supergirl when it premiered. Then, as it devolved into relationship drama about relationships that I didn’t actually care about, I drifted away. I came back in after Crisis, and now…now I think I’m hatewatching it. Which is not something I normally do. And now I’m sad.

“Can not interfere with human history” was Jor-El’s command to Kal-El in Christopher Reeve’s Superman - how did it end up here? The episode briefly acknowledged the evil of removing people’s humanity from last episode, only to throw up the most weak justification possible for doing so.

I’m hoping Lex is back for the next episode - sending Nxyly a note seemed like his style, and a back-stab-athon between Nxyly and Lex could be entertaining.

No one has mentioned making Nyxly say her name backwards?

“Gosh, thanks for the eel-skin wallet!” 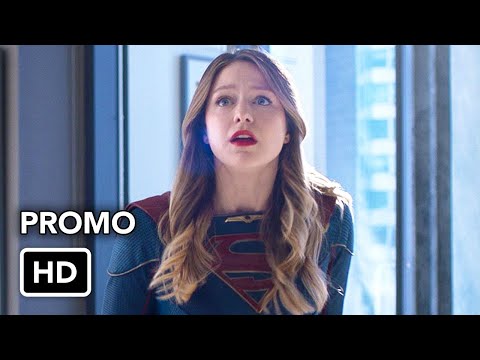 NIA CONFRONTS HER SISTER - Kara lands her dream story for Catco but when the city is suddenly attacked by a nightmare monster at the same time as her interview, she is forced to take a serious look at her life and decide if she can continue to live as both Kara and Supergirl. As Dreamer takes the lead on the search for the Dream Totem, which can vanquish they nightmare monster in National City, she realizes she needs to ask her sister Mauve (guest star Hannah James) for help. Old wounds resurface as the two sisters come face to face.

Once again, I got excited to see Kara Danvers doing journalist-type things, only for Kara Zor-El to be needed due to some bullshit reason. If that dream creature wanted to get to the nuclear power plant, couldn’t they protected the nuclear power plant by, I don’t know, putting the dome around it? You’d think a twelfth-level intellect like Brainy could have figured that out. And then Kara quit CatCo at the end. Bullshit!

On the other hand, it’s nice to see non-superheros pushing back against some of the zany decisions that the Superfriends have been making lately (without the show implying that opposing the Superfriends is automatically evil or foolish).

Yeah, I was glad to finally see somone pushing back. And I liked Andrea’s “you’re not here” speech to Kara. It was almost like having Cat back.

When Supergirl went on air to apologize, I actually thought the show was going to acknowledge how bizarely high-handed and arrogant the Superfriends had become. But…not so much. Supergirl apologized for not defeating Nyxly yet, and pledged to defeat her “at any cost”. Which kind of seems to be the problem.

The Superfriends just seem to be extracting all of the costs from citzens of National City, without barely even a pretence of notifying anyone about what’s going on, much less explaining it to them. Or giving them or their elected representatives any say in what’s going on. (And I guess that poor food truck vendor was just really lucky they weren’t standing two feet to their left when the dome went up…).

And on the main plotline: throwing the Hope Totem into the Sun…didn’t actually do anything? It didn’t destroy peoples’ hope, Nyxly is still collecting the other Totems, and the Superfriends are still endangering bystanders to try to stop her. So…nothing good or bad happened? Everything’s exactly the same as if Supergirl didn’t destroy the Hope Totem? I seriously don’t understand. What was the point?

S06E17 I Believe In a Thing Called Love 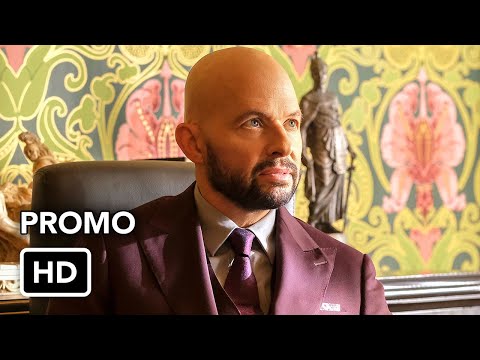 LEX RETURNS - When Lex Luthor (guest star Jon Cryer) appears by Nyxly’s side, Supergirl and team must deal with the emotional fallout of facing their two biggest foes at the same time. Alex makes plans for the perfect proposal to Kelly, but work keeps getting in the way.