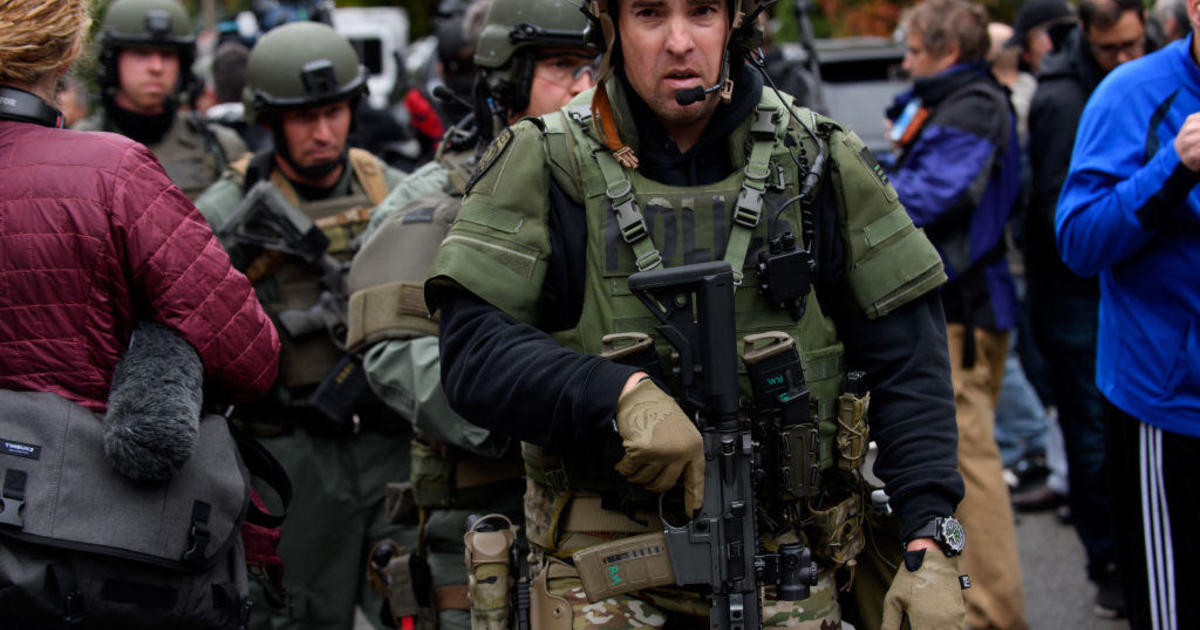 Bowers burst into the Tree of Life Congregation and indiscriminately fired inside while shouting, “All Jews must die,” police sources told KDKA. He was armed with a possible AK 47 and two pistols, a law enforcement source told CBS News.

Six of those injured were treated at local hospitals, KDKA reports. Four police officers were injured during the shooting. Their injuries are believed to be non-life-threatening.

Wendell Hissrich, the city’s public safety director, said there was no further threat to the public. He said the shooting is being investigated as a federal hate crime. “It’s a very horrific crime scene,” he said in a news conference. “It’s one of the worst that I’ve seen, and I’ve been on some plane crashes. It’s very bad.”

Shooting up a synagogue? What exactly is this supposed to help?

T-5 minutes until either “false flag” or “not a real right-winger”.

This will take away from coverage of the already-tragic shortage of Chump rallies! :eek:

Horseshit. Don’t let this kind of shit grow. Don’t claim there are “fine people” in a group that walks around chanting, “Jews will not replace us.” Don’t turn a liberal donor into a Jewish boogeyman. Don’t chant “Lock her/him up” for no reason other than you don’t like what they’ve said about you. Don’t blame the victims of terrorist attacks while claiming they’re “fake” and “the enemy of the people”.

We’ve seen incredible amounts of political violence in the last week, and Republicans simply saying “What can we do?”

I originally posted in the MPSIMS thread but removed it immediately after, realizing it’d violate the “No politics in tragedy threads” rule:

This kind of hate doesn’t define us. We’re better than this.

Who’s “us”? This guy seemed motivated by the same “oh no scary immigrant caravan probably full of Muslim terrorists and funded by George Soros” bullshit I see all the time. His postings were full of the shit. His last social media postings were towards a Jewish charity aimed at helping immigrants. It doesn’t take Slylock Fox to make a connection here. For certain values of “us”, he seems right in line with what’s going on in America.

and they (white supremacists) appear to believe that they are getting stronger.

They are getting stronger. In direct relation to people becoming complacent or even accepting of their beliefs. There was a time when this sort of shit got you universally condemned. Now you get told by the president of the United States that there’s very fine people among you and that people are just over-reacting.

Nah, I left out deregulation and tax cuts for the rich.

Yep. MAGA. Back to the time when everyone but the white male could be persecuted at will. Just for kicks.

When I happen on a trump rally on the web, I see people asking to be spoon fed lies. They cheer for these lies. They have NO ability to think for themselves. This is clear. Let trump bring them out from under their rocks and see for themselves just how bad it is to support a piece of shit that does not care for them. Come out into the sun trump supporters. The sooner you do, the less we have to deal with another cockroach like trump hiding in the closet.

I hate to say it, but the best thing for the future is to have these asshole come out and do more bombings and shootings. Do it now. Round the fuckers up and put them away.

For fuck’s sake, is America hellbent on keeping Paul in Qatar’s mass shooting thread rocking along with new entries every few days?

]
The post to which you are responding was rather definitely written in irony.

Nah, I left out deregulation and tax cuts for the rich.

Don’t forget misogyny. And of course making the USA a laughing stock of the rest of the world.

Gonna need a database to track all that is wrong with the current republican party.

This was a political act. And plenty of synagogues have armed guards.

This was a political act. And plenty of synagogues have armed guards.

Mass shootings are now the same as Trump’s incessant and blatant lies: they are so frequent, so commonplace, that they no longer have the power to shock and no longer attract attention. They’re hardly news any more, they’re just the norm.
It’s the tragedy of modern American times.