I don’t hate Christmas music, for the most part. I’m happy it’s a once-a-year thing, but for that month, I can put up with a few dozen repetitions of “Deck the Halls” and “Jingle Bell Rock” and “Adeste Fidelis” and all the rest, until they go back into cold storage after the New Year.

There is this one song. This one fucking song.

It’s not the most commonly heard of the Christmas standards. If you tell Alexa to shuffle modern holiday favorites, you’ll hear Mariah Carey’s tribute to holiday horniness three times before this one pops up.

But that’s enough. That’s more than enough. Because it is dire. Truly hateful and grotesque. The worst entry in the Christmas catalogue, by a fair margin.

Fuck this fucking song. Fuck it to death. Load every tape, every disc, every copy of the sheet music into a giant trebuchet, and launch the whole fucking heap of bullshit into the sun.

When this song slithers into the mix, when it inflicts itself on my ear-holes, I feel an immediate stab of palpable physical rage. I want to scream at the speaker. But I can’t, and I don’t, because to vent my true feelings would frighten my children and irritate my wife. If they are distracted, I quietly tell Alexa to skip to the next track at the first opportunity. If that’s not an option, I leave the room. But where neither choice is possible, I sit and stew in furious silence, tamping down the urge to remove my face with a cheese grater.

Why, you ask? What is it that makes this song the potion to bring out my inner Hyde?

It’s simple: the song combines two of the things I hate most in this world, in a precisely balanced stew of perfect toxic glurge.

The first is its embodiment of that noxious strain of modern Christianity which celebrates Jesus as a figure of authority and magic and ultimate power. Prince of peace? An exemplar of humility? Nah, fuck that. He’s like a superhero and shit! Walks on water! Controls the weather! Abolishes illness! Rules the world! He’s Doctor Strange plus Hercules! Our Messiah can beat up your Messiah!

It’s frequently said that if Jesus were to return today, he would be horrified by his own so-called followers, and this fucking song should be Exhibit One.

The other quality that makes my skin crawl is the song’s deep and grotesque sexism, verging on misogyny. The male songwriter came up with one lyrical hook, and hammers it home over and over: I, a dude, am explaining to a mother what kind of relationship she should have with her kid. In the context of the lyrics, it’s ambiguous whether Baby Jesus is a newborn or still in the womb and shortly due, but either way, it’s a fraught time for a mother, and the last thing she needs is some puling dork leaning over her and mansplaining her future.*

And it’s not just the lyrics, either. You would think a song about the Christ’s awesome future would be celebratory, but the songwriter had other ideas. Instead, he uses a dirgey minor-key melody that gives the whole song an insistent whininess, like a complaint about unfair parenting from a sulky teenager.

The overall effect, setting wrongheaded words against a dreary musical lament, makes the song feel like the manifesto of a borderline-incel creep who’s trying to press some tedious point on a reluctant female listener, acting hurt and offended at her lack of receptiveness for his brilliant insights.

And it’s barely even a holiday song in the first place. It’s essentially pure Christian glurge, hanging onto the vestiges of the season’s original religious purpose. It fits the same category as stuff like “Little Drummer Boy,” but that (a) is at least relatively upbeat and pleasant, and (b) gets grandfathered in as a traditional piece. “Mary Did You Know” uses that as an excuse to elbow itself in at the Christmas table, an uninvited guest claiming undeserved status as a new holiday standard. If not for that, I could ignore it entirely.

Instead, though, I get to experience the sudden sting of its occasional reappearance in the December playlist, and I grind my teeth through its sappy, poisonous drivel.

Soon, it will be January, and this nasty little creature will return to its eleven-month slumber. Hiding in its house of winter malignance, the dead song waits dreaming.

* Yes, I am aware that alternative lyrics were written in response to this very criticism. I’ve read them. Unfortunately, they feel to me like an almost self-parodic oversteer, and are just as patronizing in the other direction, like first-wave girl-power cheerleading from a militant poet, well-intentioned but real-world-inexperienced, proudly holding court on the quad.

I will not click on that which goes unnamed. Rant is rendered null.

Anyway, we all know the worst is ‘Christmas Shoes’.

Yeah. For someone who supposedly hates this song with every fiber of his being, he sure doesn’t mind giving it a bunch of new page views on YT.

Is the song supposed to be a secret? I guess I’ll save you clicks by saying that it’s Kenny Rogers, Mary, Did You Know.

However, I have to say that Pentatonix’s version is my favorite holiday song.

I say that as a non-Christian, who does not believe in the song’s message. For those who don’t know, Pentatonic is an acapella group, and the harmonies in this version give me literal goosebumps.

I can understand why Kenny Roger’s version might make you ill.

For the record, I was not deliberately trying to conceal the song title or garner clicks or anything.

In the Discourse preview, sometimes I got the little Youtube preview rectangle along with the link, and sometimes I didn’t. I jiggered with it a bit, got it to where it seemed to be working, and clicked Post.

And then… no preview. Just a silent link.

Just one more way this fucking song fucking hates me.

Then, since you clearly had a second chance to name the song and didnt- I dont believe you.

Best Christmas song is The Pogues "Fairytale of New York"

I’ve always hated the little drummer boy…the music is dull and annoyingly repetitious, and the story is dumb. Yeah, let’s soothe the newborn with a drum solo. Why not bagpipes while you’re at it?

I also hate Walking in a Winter Wonderland. “No, man?” P.U.!

Best Christmas song is The Pogues "Fairytale of New York"

I’ve never even heard of this Mary song. I only listened to about 20 seconds. That was enough.

I will not click on that which goes unnamed. Rant is rendered null.

“All I want for Christmas Is My Two Front Teeth.”

In Thailand, in a bid to profit on the Westerners there, department stores nationwide will, in December and sometimes earlier, start endlessly blaring what they think to be Christmas music. The one mentioned above is a biggie, along with “Frosty the Snowman” and others of that ilk.

Anyway, we all know the worst is ‘Christmas Shoes’.

I agree the OP deserves some flak for coyly not saying what song he was talking about, but I thought it was a pretty good rant.

I don’t hear the Kenny Rogers song much, if at all. Maybe it just fades into the background. The one that grinds my gears is Paul McCarntey’s Wonderful Christmastime. That damned synth sound makes me murderous.

No, no, a hundred times no! This is the absolutely worst Christmas song. It’s been playing at work multiple times a day, every day since freaking December 1st! At one point I actually stuck bits of crumpled up kleenex into my ears to try to stop the torture. 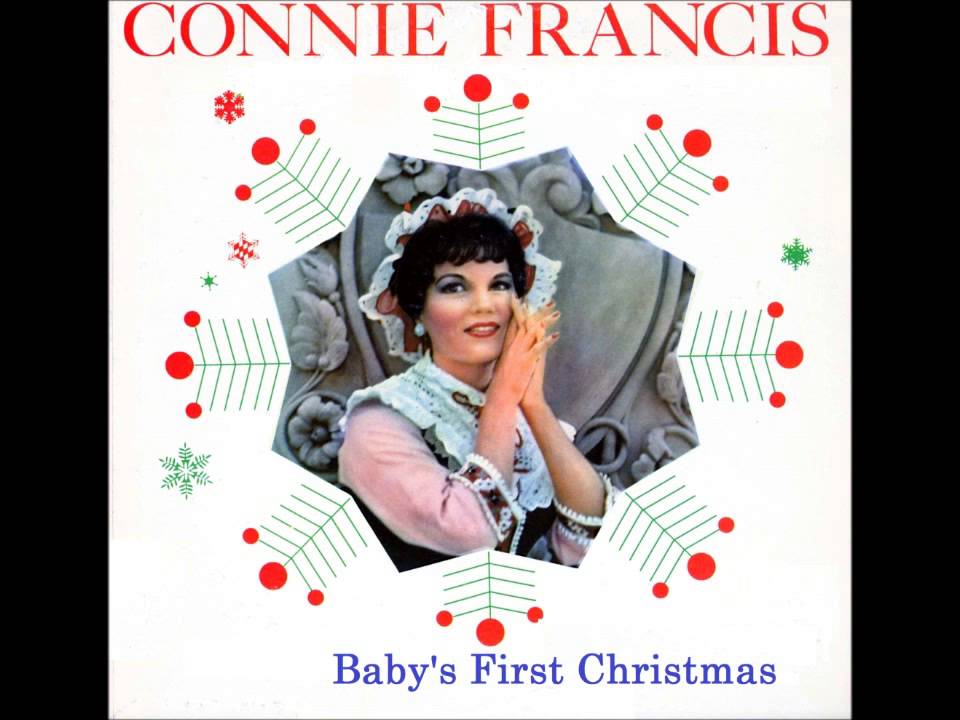 The original post names the song (once, near the end).

The song is pretty bad - for one thing, the Christmas story makes it pretty clear that Mary did know (an angel told her, in enough detail to answer most of the questions in the song)

Music trivia: The man who wrote and originally recorded that did so as a gag gift for his nieces and nephews, after being a substitute teacher in a 1st-grade classroom where IIRC 16 of the 22 kids were indeed missing their front teeth. I don’t remember how many copies he had pressed, but a few years later, a DJ found it in their collection and played it, and the phone lines lit up with people wanting to know where they could get a copy. From there, it became a big hit.

To me, the most interesting part of the story is that he had it copyrighted, even though he never expected to make a penny from it. Let’s just say that he never had to do substitute teaching ever again.

And it’s barely even a holiday song in the first place. It’s essentially pure Christian glurge, hanging onto the vestiges of the season’s original religious purpose. It fits the same category as stuff like “Little Drummer Boy,” but that (a) is at least relatively upbeat and pleasant, and (b) gets grandfathered in as a traditional piece. “Mary Did You Know” uses that as an excuse to elbow itself in at the Christmas table, an uninvited guest claiming undeserved status as a new holiday standard. If not for that, I could ignore it entirely.

Not to overstate the obvious, but you do realize that Christmas is a Christian religious holiday, don’t you? It seems a bit incongruous to get angry at an explicitly Christian song being played at a Christian holiday. However, I don’t really like the song at all. It seems to be written with a certain Baptist/Evangelical audience in mind, and is pretty obnoxious as a result.

It’s at least more pertinent than some of the other “Christmas songs” I heard on the 24/7 Xmas music radio stations this year, like Fur Elise and “My Favorite Things”, both of which sound vaguely like they might be Christmas songs, but in fact are not.

What steams me is when the 24/7 Xmas song station starts playing classic Christmas songs by piss-poor, sub-standard “Christian music” performers. I mean, who the fuck is Chris Tomlin? His version of "Angels we have heard on high " (Gloria in excelsis deo) is worse than a 200 person armpit farting concerto. The guy just sucks. Way too much forced “emotion” in the singing, goofy pronunciations, etc… It’s like he studied how NOT to sing a Christmas carol, and went out of his way to apply everything he learned.

To give you an idea, on our way to and from our in-laws, I listened to SIX hours of Christmas music, and his was the only song that I had to punt during and ask my wife to change the channel. That sort of glurgey overwrought “Christian” music needs to go away. It’s like the 24/7 Xmas channel can’t handle just sticking to one or two versions of good Christmas carols- there’s no reason I need to hear some awful contemporary vocal-fry laden version of “O Holy Night” when Nat King Cole’s masterwork is out there for all to hear. But they seem to think someone wants to hear the other version for reasons that escape me.