Just a short while ago, the various Forces didn’t know that the others existed, and now they’re calling each other “sis” and “bro”. I’m surprised that they didn’t start calling Iris and Barry “mom” and “dad”. Not that they should. As Nora/XS will attest, Iris and Barry aren’t really the greatest of parents.

Cisco was supposed to make a life-altering decision, but I don’t think he made any kind of decision this episode. Joe on the other hand quit the force! Now who’s going the keep Lt. Asshole in check?

At first, I thought it was just Nora with the whole “sis” and “bro” thing, but then Fear-dude started up with it too (and he did call Flash “dad” at one point, I think).

The important thing this episode taught us is that angry poor people need to realize that rich folks really do care about them.

P.S. Cisco’s nightmare is that in 20 years he’ll still be doing fascinating work at one of the top facilities in the world. Yikes!

Well, to be fair, STAR Labs is literally only a shell. It’s a “top facility” only in that Team Flash uses it as their HQ. If everyone else has moved on, Cisco wouldn’t be doing fascinating work at a top facility, he’d be an isolated hermit. It’s not even clear what he (or Caitlin or Chester, for that matter) even does for a living. I guess freelance consultant for CCPD pays fairly well? Now that Joe’s off the force, he probably won’t even have that.

I think his nightmare is that he doesn’t have a life outside Team Flash, and when Team Flash inevitably disperses, he won’t have anything. He sees himself just puttering around a decaying ruin, reliving past glories, with no friends or family, and not doing anything useful.

I’d agree it really wasn’t clear just what he was afraid of.

STAR Labs does seem to have equipment that is as least as advanced as any other place in the world, but I take your point. People on TV seem to have a very narrow range of friends (Barry doesn’t have friends at the police station other than Joe, Caitie doesn’t seem to have any doctor friends, etc.), and Cisco’s concern reflects the idea that the only friends he has are the ones he works with. Of course, given his superhero lifestyle, the odds are that he won’t live to be a lonely old hermit (or a lonely old anything). 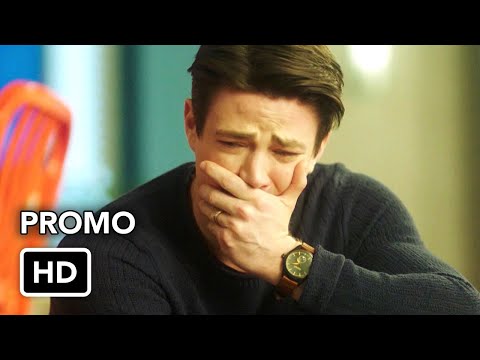 TEAMWORK - Barry and Iris come together to try and stop a dangerous force from destroying Central City.

And the answer is Frost gets parole for good behavior.

Just when you thought the writing couldn’t get any worse:

ETA: Michelle Harrison at least sold the Speed Force’s sorrow and despair at being all alone. 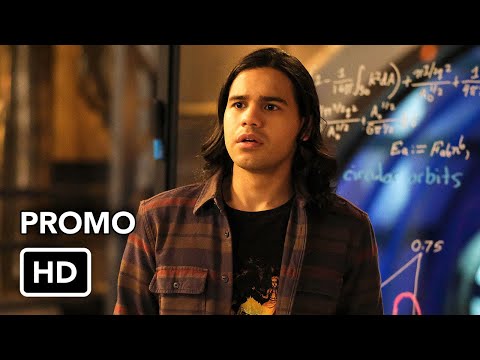 CISCO LEAVES CENTRAL CITY - Cisco and Kamila (guest star Victoria Park) tell the team they are leaving Central City. However, Barry, Iris and Caitlin don’t have much time to digest the news because a new version of Rainbow Raider (guest star Jona Xiao) strikes and OG Team Flash must join together one final time to save the city.

When they announced Carlos Valdes was leaving, I didn’t expect him to leave right in the middle of the season. But I guess I shouldn’t be surprised since that Tom Cavanagh would be leaving until after he had actually left. Who’s next, Jesse L. Martin?

The Hindenburg crash must never have happened on Earth Prime as the airship used hydrogen rather than helium. 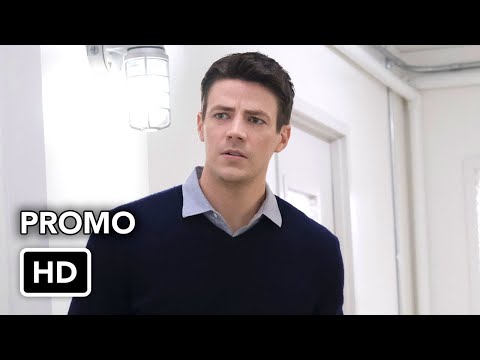 CECILE IS TRAPPED - Cecile is forced to confront her past in order to break free from a psychic prison. Meanwhile, Chester takes over for Cisco but makes a mistake that puts Barry in serious danger. Joe investigates Kristen Kramer’s old military ties and discovers an unsettling truth.

I don’t think we necessarily needed a Cecile-centric episode but we got one nonetheless. Still one of the better episodes lately despite it being a giant pep-talk for Cecile with one for Chester thrown in for good measure.

Also, we got Sue Dearbon back! Can we also get Ralph back, too? Pretty please?

Miss Ralph, for sure. I know the actor was/is a major jackhole but he was a good character.

Cisco is going to be so annoyed that he missed Chester’s awesome attack on Psycho-Pirate. 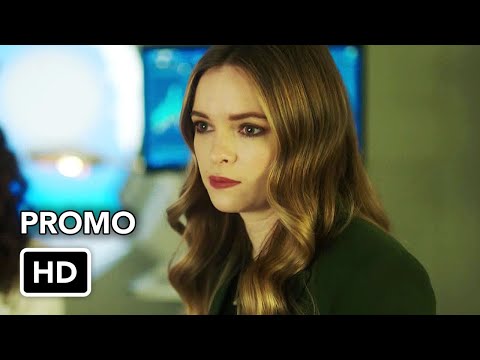 DANIELLE PANABAKER DIRECTS - When Ultraviolet (guest star Alexa Barajas) returns to Central City, Allegra is determined to find her cousin and change her heart, Meanwhile, Joe Martin) finds evidence that Kristen Kramer (guest star Carmen Moore) may not be the good cop she appears to be.

And so Jitters gets trashed yet again by another super-villain. I’m sure next year they’ll have a drink named “Ultraviolet”.

Notice to Flash writers: We were not asking for a Chester/Allegra pairing. Just as don’t need a Frost/Chilblain pairing, we do not need Chester and Allegra getting together. Also, where’s Ralph?

The best bit of the episode was seeing Sue’s face when she realized that the Flash was off boffing Iris and all she was getting was Chester, Allegra, and Caitlin.

I’m beginning to figure out Danielle Panabaker’s style as a director. She likes to move the camera back. Where most directors would go for a medium shot, she uses a long shot – or at least wider than usual – showing the actors with much of the surrounding environment being shown. In conjunction with this, she also uses focus pull a lot for dialog; rather than cutting between characters talking, she’ll have both in frame and pulls focus between background and foreground.

Allegra literally defeated Ultraviolet with the Power of Love. Not just that, but a full-on Care Bear Stare.

I thought Sue Dearbon’s fight scenes were a cut above the Arrowverse standard. And I really liked Natalie Dreyfuss’ performance in this episode. And I…I kind of think I want a Sue Dearbon spin-off show, now. Seems like she might be joining Team Flash, at least.

Also, I don’t know what the writers think D&D is. It seems like maybe they’re getting it confused with LARPing? It continues to befuddle me that no geeky show can ever seem to get D&D even remotely right. Stranger Things actually did a decent job in at least getting the general concepts right, and iZombie actually portrayed pretty accurately in one episode, but beyond that…has no one in any of the writers’ rooms for geeky shows like this actually gamed?

Community didn’t do that bad a job, considering that D&D is not particularly cinematic.

[quote=“Terminus_Est, post:72, topic:918964”]
I don’t think we necessarily needed a Cecile-centric episode but we got one nonetheless. [/quote]
Just caught up with this. I’ve not got a problem with a Cecile-centric episode, but this is too similar to the Mirror Master. How many members of Team Flash need to get body-swapped with no one realizing it?