I noticed we didn’t have a dedicated thread for discussion so I started this one. Here’s the latest AP story: 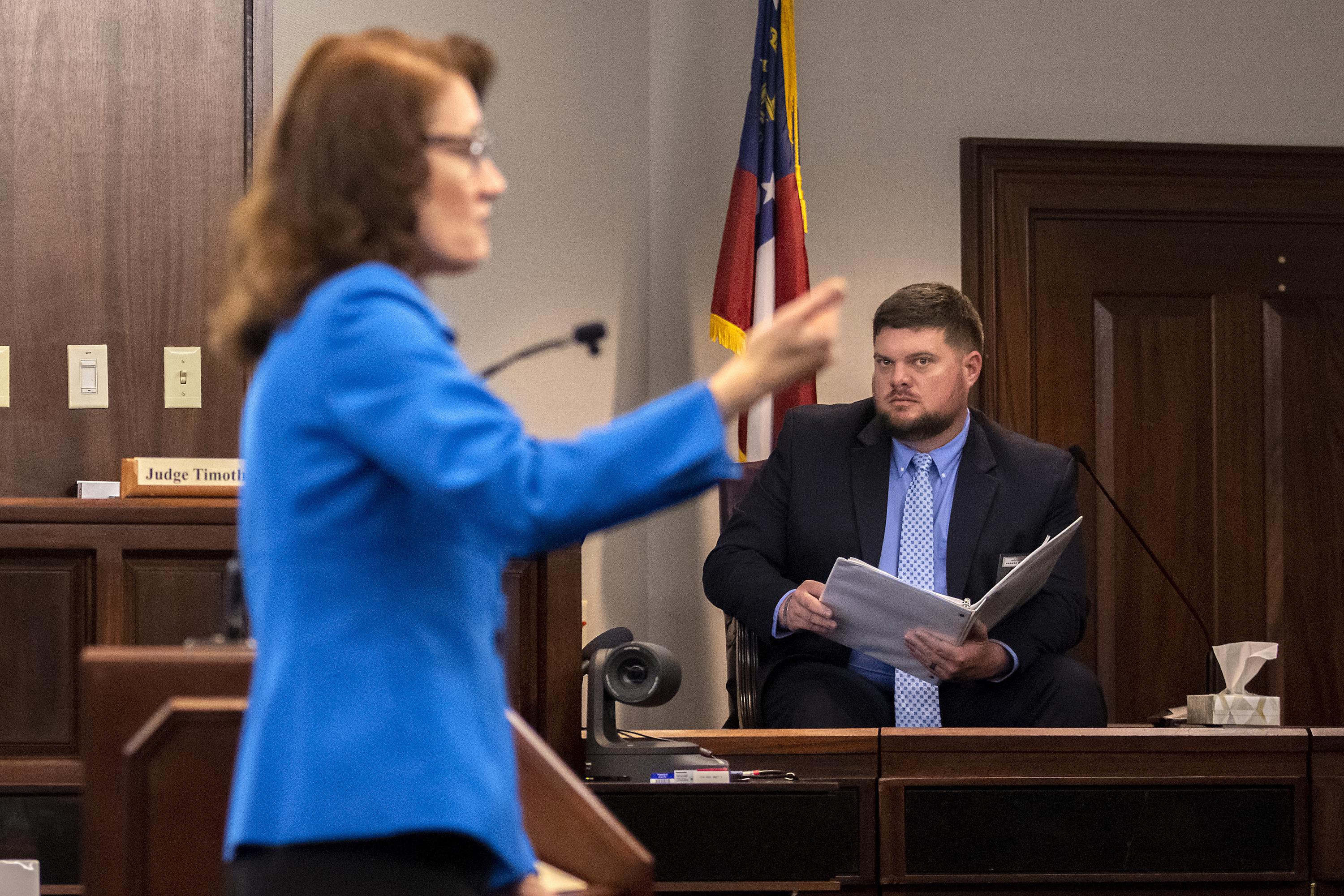 Defendant: Ahmaud Arbery `trapped like a rat' before slaying

BRUNSWICK, Ga. (AP) — One of the three white men standing trial for the death of Ahmaud Arbery said they had the 25-year-old Black man “trapped like a rat” before he was fatally shot, a police investigator testified Wednesday.

I think there are a lot of commonalities between this and the Rittenhouse trial, to wit:

Defense attorneys say the McMichaels and Bryan were legally justified in chasing and trying to detain Arbery because they reasonably thought he was a burglar. Greg McMichael told police Travis McMichael fired in self-defense after Arbery attacked with his fists and tried to grab his son’s shotgun.

When you are a coward, everything seems like an attack against you.

That shouldn’t be surprising as there are few credible defenses to use when you can’t deny you actually shot somebody in the street.

There’s a key difference between the cases. McMichaels and Bryan chased Arbery down and were threatening him when he defended himself and they shot him. The key will be whether they were justified in chasing him (probably not). Rittenhouse, so far as we know, never chased or threatened anybody but was himself being chased.

In short, if Arbery had been armed and had shot McMichaels and Bryan instead of the other way around and it was him on trial instead, these cases would be much more similar.

Isn’t this the case with 11 White jurors and one Black juror? I’ve been assuming from the start that the verdict is pre-ordained.

Have there been any significant developments in this trial?

(Everyone’s energy seems to be focused on the GD thread about the assessment of the shooting; just wondering what’s happening with the trial proper.)

Have there been any significant developments in this trial?

I haven’t caught up with the other thread yet, but I assume it’s been mentioned that the defense attorney objected to Al Sharpton’s presence at the trial. (“We don’t want any more Black pastors here”) On the ground that his presence would be intimidating to the jury.

Update on that: Sharpton has promised to be back to protest, with hundreds more black (and other supporting) pastors outside the courthouse.

Ah yes. The “jurors” might be “intimidated” by a geriatric black man who at worst might say the same mean things other black people might say about them.

I think what we just found is that the judge finds black activists scary. And watches Fox News.

but I assume it’s been mentioned that the defense attorney

The only thing I’ve heard so far (and I’ve not been following it all that closely) that might help the defendants is the cop who showed them the video of the construction cite with Arbery/a vaguely Arbery-shaped individual. When one of them excitedly said “That’s criminal trespass!”, the cop purportedly said “At least.” That’s fucked up because it almost certainly wasn’t criminal trespass because Arbery hadn’t been warned off the unsecured cite, which is what the cop was looking for him (or someone) to do. I could see the defense attorneys using that to argue that maybe the cop was implying some felony might have been committed.

But that’s quite a reach. Like across a chasm. I honestly do think they are likely to be convicted on one or more of the serious charges brought against them. We’ll see if jury nullification rears its head.

I think Ann Hedonia has been following the trial more closely and might have a more informed take.

Update on that: Sharpton has promised to be back to protest, with hundreds more black (and other supporting) pastors outside the courthouse.

This actually worries me a bit. While Sharpton is completely justified in his reaction, the jurors may well be put off by it.

I think what we just found is that the judge finds black activists scary. And watches Fox News.

How did we find that out? As mentioned, it was Bryan’s idiotic defense attorney who came up with that remark about “black pastors”, not the judge.

What I do find a bit disturbing is that although the judge described the jury selection as having possibly been “discriminatory”, he let it go ahead, with only one black juror, vastly under-representing the black demographic in the area. All you need for the murderers to be found not guilty is a bunch of white bigots on the jury – not hard to find in Georgia – and one black dude who just wants the verdict over and done with so he can go home.

I haven’t caught up with the other thread yet, but I assume it’s been mentioned that the defense attorney objected to Al Sharpton’s presence at the trial.

Nope. Other thread is all about re-hashing the events.

the AP just posted this: 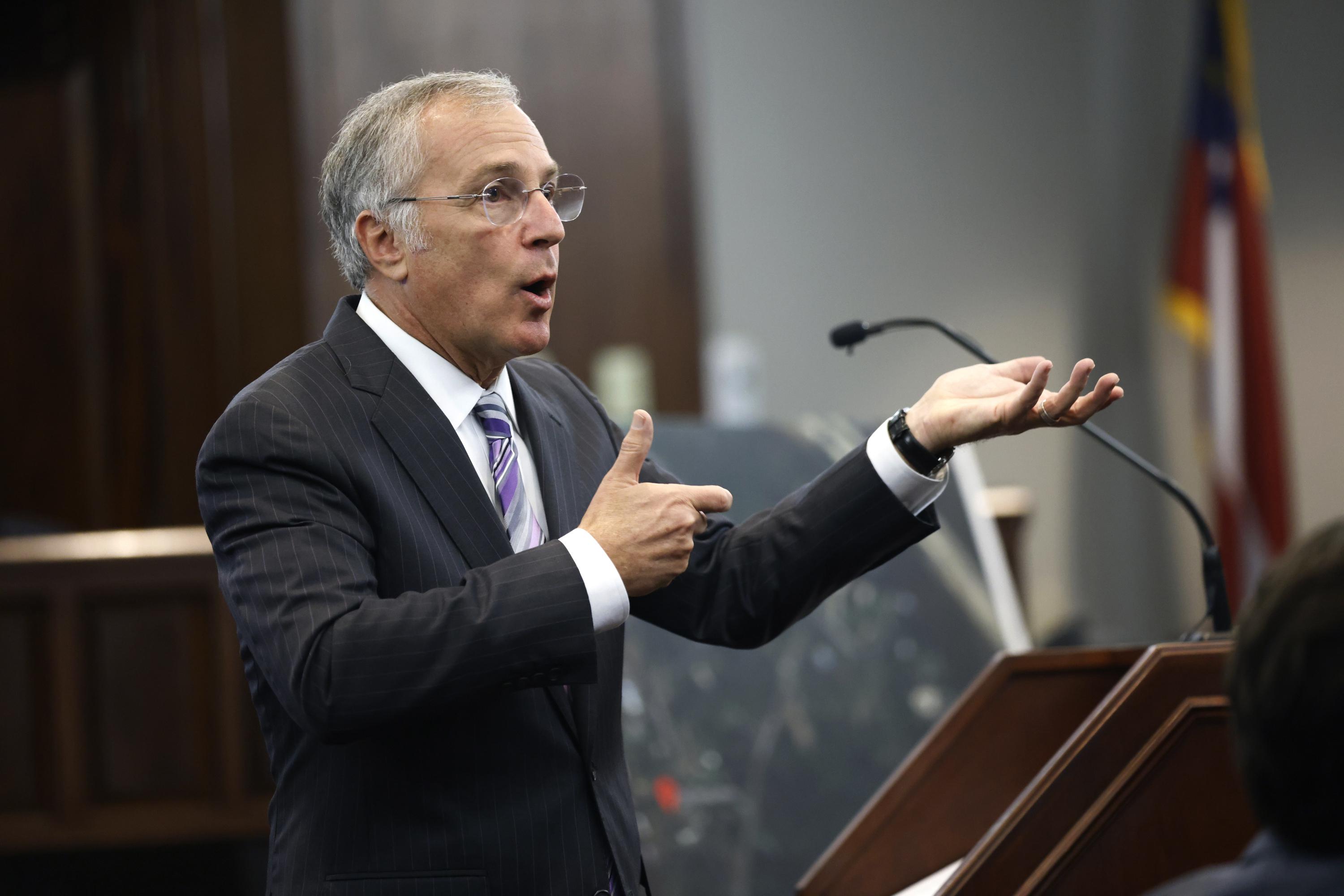 EXPLAINER: What the defense in Arbery's killing is arguing

ATLANTA (AP) — Travis and Greg McMichael said they armed themselves and sped after Ahmaud Arbery because they thought he was a burglar, and they wanted to catch him and hold him until police arrived.

When he raised the shotgun, Travis McMichael was hoping to “de-escalate the situation,”

I’m sorry, but only in the United States would someone say that pointing a shotgun directly at someone will “de-escalate the situation.”

I will say that one thing I found interesting about that exchange is that after the “criminal trespass” remark, they came up with another possible charge.

Loitering. They were discussing the possibility of charging him with loitering, the last refuge of the NIMBY crowd. Loitering, law enforcement speak of “your kind doesn’t belong here”.

I’m taking that police officer’s testimony with a huge grain of salt, considering that he was complicit in the cover-up. Not the stuff captured on the body cam, of course - but their explanations and interpretations of their actions.

I also found their description of the canvass that they did of the neighborhood rather interesting- they talked about showing Arbery’s picture around to people that might recognize him —- in other words, all the black people that in the neighborhood. They talked specifically about speaking with a family that had foster children -even though their teens were girls, they made the comment that maybe they had boyfriends.

At this point I wanted to scream….”You know, white girls sometimes have black boyfriends too”.

None of these defenses being floated, the fact that the police had Arbery on their radar and had shared their concerns with the defendants, apply to Bryan.

He had no knowledge of the trespassing at the construction site, simply an “instinct” that Arbery was up to no good.

You’d think that if Greg McMichael was so sure of Arbery’s identity that he would’ve said something to the effect of “we’ve been looking for this guy for a while, he’s been caught on camera trespassing at this construction site” to the responding officers after the murder instead he said-
“That’s just it, I don’t know….I don’t know. He might have gone in someone’s house”. It might have been a good time for him to mention the construction site and the videos, but I don’t think he did.*

Frankly, I’m finding the judge to be pretty even-handed - he found the request to ban black pastors from the courtroom to be outrageous and shot it down quickly. Certainly not like the judge in the Rittenhouse case -my brother jokes that every time Rittenhouse looked at the judge it was like “Daddy, did I say the right thing? How Am I doing, Daddy??” At least the judge in the Arbery case hadn’t issued a blanket prohibition against saying anything bad about the defendant.

he found the request to ban black pastors from the courtroom to be outrageous and shot it down quickly.

Did Bryan’s lawyer say that in the presence of the jury?

IIRC, the jury was out of the room at the time. I could be mistaken, though.

This is almost certainly true. For one, commenting on things that would unfairly influence a jury isn’t something you should talk about in front of the jury. It kind of defeats the point of trying to avoid having them unfairly influenced if you point out what might sway them while they are sitting right there.

For another, during trials, there is usually a brief period, before the jury is brought in (and after they’ve been dismissed at the end of the day) where the court will conduct “housekeeping matters” - I.e. the judge will ask the litigants if there is anything they need to address.

It might result in a debate about the availability of a witness or the coordination of testimony (“Judge, I expect my expert witness will need 3 hours for testimony. Since I don’t want to break that up over 2 days, I intend to call him right after lunch.”), evidentiary issues (“Judge, I’ve found some case law on the hearsay issue we’ve been discussing regarding the eyewitness”), jury instructions (“Judge, based on the testimony we heard, I intend to ask for a self defense instruction”), or any other trial issues (“Judge, I need to bring to your attention that a juror seems to be sleeping. We need to determine if he”’s paying attention.”).

Sometimes, the issues are raised solely to “preserve them for appeal” - that is, you raised a concern, and if the judge ignores it and you end up losing at trial, you can later complain to an appellate court that it was a legal mistake and you deserve a new trial.

This exchange sounds like one of these. The attorney decided to make an issue out of the gallery. The judge was right to ignore it (these are public hearings), but it at least gives the attorney some basis to later complain on appeal that it wasn’t a fair trial (although this is hardly a basis to substantiate that claim). 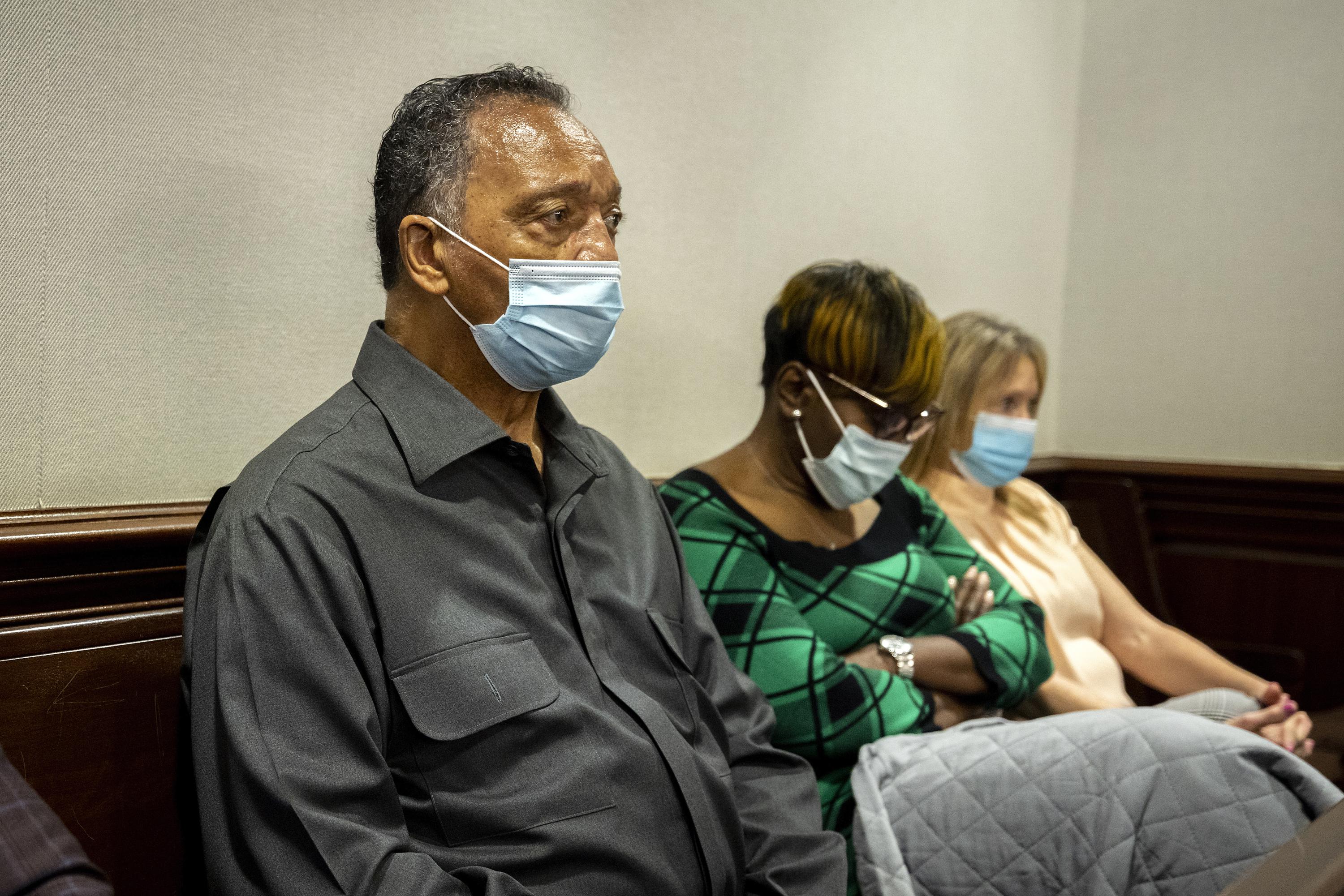 BRUNSWICK, Ga. (AP) — A judge denied mistrial requests Monday at the trial of three white men charged with murdering Ahmaud Arbery after defense attorneys claimed jurors were tainted by weeping from the gallery where the slain Black man's parents sat...

One of these things is not like the others.

[Hoping that I come in under Fair Use]