The original Chilly Willy song ... where can I hear it?

Note, I am looking for the ORIGINAL song. It goes something like:

At least, that’s how I remember it from my childhood.

I am NOT looking for the other version, which includes the line “What about the crocodiles along the river nile/I bet they’re all as warm as toast/they always seem to smile”

Anyone have a bead on this? I found a site a year or so ago that had a lot of the episodes digitized, but he didn’t have this song, and later shut down (for cost reasons, not piracy reasons, I believe).

Chilly Willy Fan.com has a page called "Chilly’s Audio Cave. It has the “original 1950’s Theme Song” transcribed thusly(and available for download as both mp3 and .wav)

I’m so very unhappy. I don’t know what to do.
My head is hot, my feet are cold…Hachoo!
I’m so very unhappy. There’s only greens in view.
I’m frozen stiff as a piece of ice…Hachoo!
I’d like to be a camel…and feel the desert breezes.
I know I’d never have a cold…a camel never sneezes.
Oh this is not the life for me; I shake until I’m blue.
My nose is red and my tale is told…Hachoo!

Pretty different from your memory, but it also has “Chilly Willy Polka”(very bottom of the page) which seems to resemble your transcript(also available as mp3 and wav).

It’s definitely a variation on the polka … but I could swear I remember an episode where Chilly Willy himself sang it during the opening credits. Stupid memory.

It’s definitely a variation on the polka … but I could swear I remember an episode where Chilly Willy himself sang it during the opening credits. Stupid memory.

Nope, I agree, your rendition is how the song went. I’ve never even hard this other one that all the other sites are saying is the original theme song.

MY little boy has recently become a huge chilly willy fan and we heard the original song at the end of this episode on youtube
http://www.youtube.com/watch?v=MBGQo_OQYSo
I know you posted this a long time ago, but thought you might appreciate this anyway.

From my late mother’s teenage scrapbook (circa1928):

“Little Willie in bows and sashes
fell into a can of ashes.
Now the room is getting chilly,
But no one wants to stir up Willie.”

Billy, in one of his nice new sashes,
Fell in the fire and was burnt to ashes;
Now, although the room grows chilly,
I haven’t the heart to poke poor Billy.

MY little boy has recently become a huge chilly willy fan and we heard the original song at the end of this episode on youtube
http://www.youtube.com/watch?v=MBGQo_OQYSo
I know you posted this a long time ago, but thought you might appreciate this anyway.

Awesome score, chilly mom. Looks like that video has the opening of another CW cartoon, “St. Moritz Blitz,” which includes the song I remember. I’ll have to look for the full “St. Moritz Blitz” now… Smedley goes out to the rink and finds fish skeletons near the holes in the ice. He looks around and discovers Chilly Willy sawing round holes in the ice, then dropping in his fish line and hauling in fish. Smedley grabs Chilly and forcefully ejects...

Scroll down to see embedded video on the site link above. Episode mentioned in this thread is “St. Moritz Blitz”, which contains the Chilly Willy Opening Theme song in question. All videos I saw uploaded to YouTube of this episode cuts out the opening song. But the link above has the entire video with opening.

As familiar as this obscure version of this theme song is to many of us…fondly remembered from childhood, I could only find St. Morbitz Blitz as one named episode so far. Strange, it had to have played more frequently.

Song is also available here as an audio-only clip:

There’s a variation of this song on this site as well, and they refer to it as the Chilly Willy Polka (but it’s not the original that was sung by Chilly Willy himself).

My husband remembers this song more than the better known theme song (the one with lyrics “…but what about the crocodile”…) and I took a good chunk out of my morning finding it for him…but I did thanks to all the clues here in the thread.

Thank you internet 2019. And thank you all in this thread.

A 15 year old question answered once 8.5 years after it was asked. And now, nearly 15 years after the question was posed, another even more complete answer, with updated links.

I freaking love this place!

Not to be confused with the Chilly Wiley song: 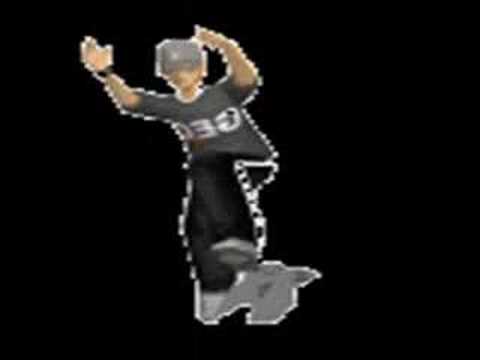