It’s going to be fun to watch a bunch of broke-ass Trump supporters pretending to boycott Delta Airlines and Citigroup - and I bet they aren’t going to give up their favorite fast food restaurant just because they serve Coke products exclusively.

And Merck…he’s actually urging his supporters to forgo their medication in order to support his lost cause?..That’s short term thinking at its finest, maybe there won’t be anyone left to vote for you in 2024 because they followed you off the crazy cliff like lemmings into the sea* and didn’t survive. Make America Great Again, Boycott Your Heart Medicine!

Anyway, I noticed something interesting on the Trump boycott list.

He’s targeting ViaComCBS , a company that’s in deep trouble already. And I bet Trump put them on the list just so he could take credit when they failed. Winning!

“Mark my words, Trump doesn’t know that Diet Coke is made by Coca-Cola.”

He’s probably got several months supply stocked up, so he can “boycott” Coca-Cola while still having his favorite drink on hand.

Still, it could be fun to see Mar-a-Lago’s shopping list made public.

You’re all waaay over thinking this. He’s just going to keep buying and drinking his favorite beverage as normal. Sacrifice is for everyone else, not for him.

In all sort-of seriousness, if he had a rally in which he was visibly drinking from a can of Diet Coke, with a few visible additional cans beside his podium, imploring his audience to boycott Coke, none of them would see anything hypocritical about that.

Moscow Mitch warns Americans to stay out of US politics: 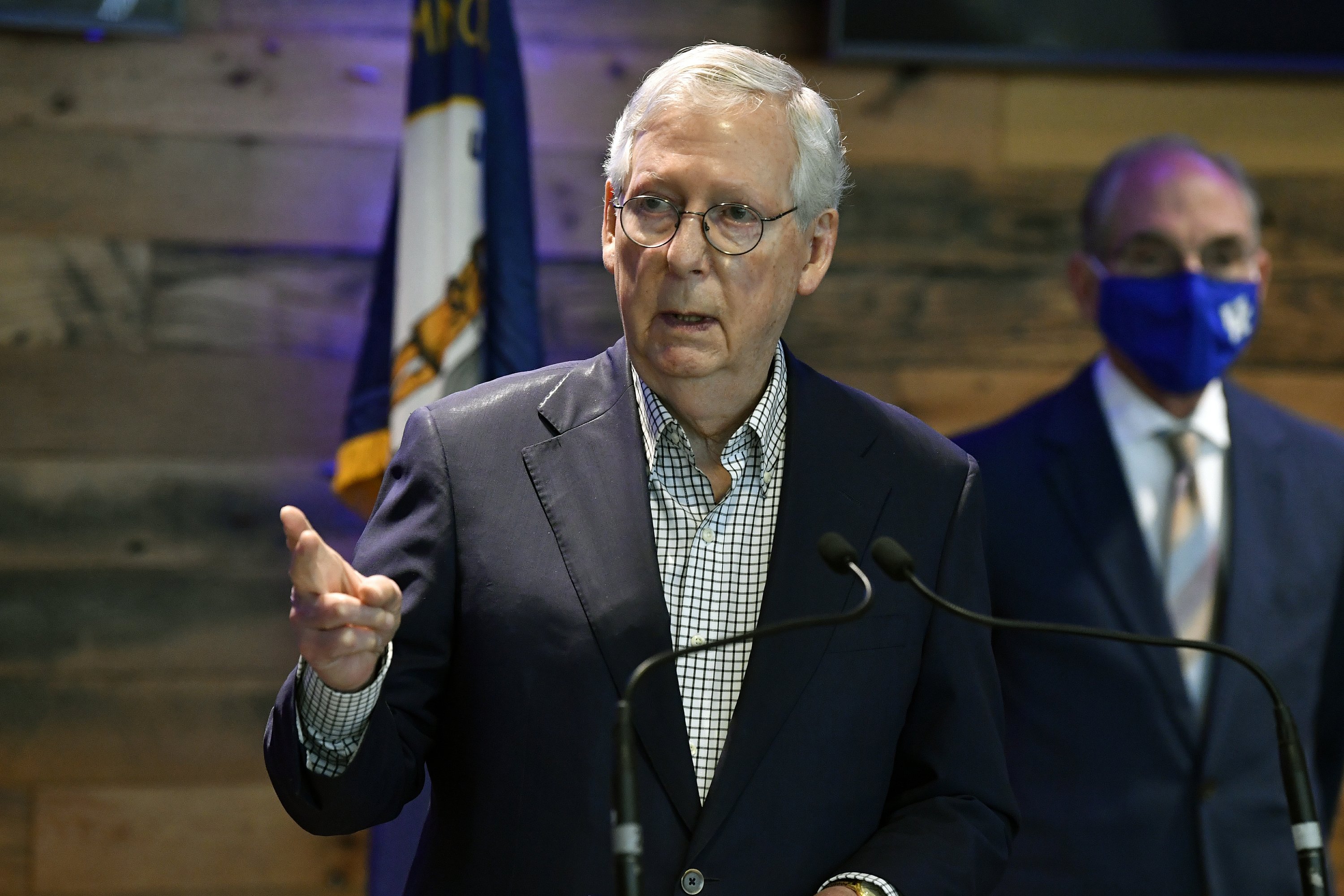 After new law, McConnell warns CEOs: 'Stay out of politics'

WASHINGTON (AP) — Senate Republican leader Mitch McConnell says it's a “big lie” to call the new voting law in Georgia racist and he warned big business to “stay out of politics" after major...

He wants corporations to “stay out of politics”. Easy fix for that: shitcan ‘Citizens United’.

Or get them to stop their donations to repup candidates.

Self-righteousness and lying, then bullshit attempts at contrition when busted.

Gee, ya’ think? I so want legal action against Paxton and the state over this. These pricks running things here disgust me.

Self-righteousness and lying, then bullshit attempts at contrition when busted.

Yep. “I’m outraged at these heinous false allegations that I had sex with chickens! Ask the chickens. They won’t say anything about it.” (Sex tape with chickens found.) “I’m sorry I made bad choices and let my chickens down. I’m not perfect, nobody is. Forgive and forget. Especially the forget part. Besides, sex with chickens is so good.”*

)* No actual or virtual chickens where harmed in the making of this post. **

I swear Matt Gaetz is in deep shit over his sexual exploits that have come to light, being investigated by the DOJ - started under Trump’s administration under Bill Barr. He, of course, is insulted and denies everything. Then we hear that he had a reputation for:

And then we find out he was trying to get a blanket pardon out of Trump.

And of course Trump’s response is that Gaetz denies it, so it must be false. Just like the allegations against Trump, right?

So, what are Conservatives going on about? Mr. Potatohead and Dr. Seuss and making it a crime for Doctors to perform any gender dysphoria medical therapies. “Cancel Culture is coming to get us!”

Think about that. Maybe you should stop doing racist and sexist and anti-democracy activities. The woke aren’t coming for you if you aren’t doing evil.

As they did during the civil rights era and apartheid, right-wing writers are wondering if it'd be better if some people didn't vote.

National Review authors Andrew McCarthy, Dan McLaughlin, and Kevin Williamson, however, moved beyond the entire framework of election security. Instead, they suggested, it is good when restrictions make it harder for people to vote, because people should be discouraged from voting unless they’re really motivated to do it.

Here is the nut of McCarthy’s argument:

They are repeating, in so many words, William F. Buckley’s arguments from the 1950s about why blacks shouldn’t get the vote.

That means I have to admit being wrong. I’ve been saying that the Republicans have been the party of evil for 50 years. It’s been 70 years. Sorry for the mistake.

So, what are Conservatives going on about? Mr. Potatohead and Dr. Seuss and making it a crime for Doctors to perform any gender dysphoria medical therapies. “Cancel Culture is coming to get us!”

And, no joke, when pressed on why they’re silent on Gaetz, or don’t seem to care, the response I’ve gotten is: oh, so you hypocrites don’t care about Joe Biden Pedophile in the White House, and now you expect me to care about some alleged shit the biased lamestream media is so focused on? 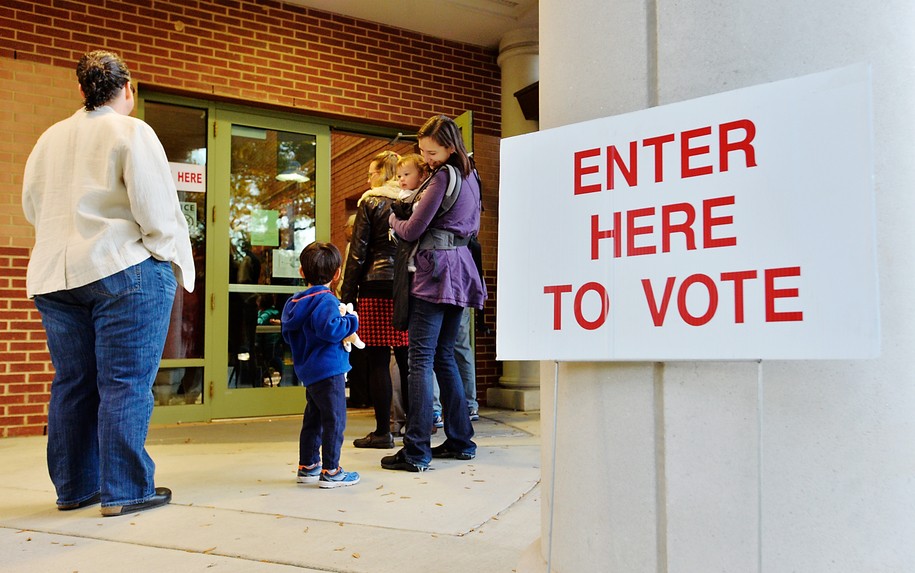 Fine, okay, let's do this. Whatever. At ye olden National Review—the magazine founded by a segregationist to defend segregation and whose relentless modern-day devotion to explaining why Black People Are Wrong became the very essence of...

You will notice, dear reader, that each of these tests of civic knowledge, of fundamental news knowledge, of hoax recognition, and of public duty would tend to strip conservative voters from the polling lists at a far greater rate than anyone else. We’ve long had the studies showing that Fox News viewers have less knowledge of news events than any other group; current polling shows that the majority of Republican voters believe claims of election “fraud” that are categorically untrue. These people are dangerous as voters because they have no base understanding from which to make such decisions. You might as well give the vote to dogs.

Eye-gouging Capitol rioter in "shock" over detention with "inner-city crimes"...

Thomas Webster, 54, has been accused of attacking a police officer with a metal pole and attempted to gouge his eyes on January 6.

while adding that his record outside of the attack is “sparkling.”

Can’t we say that about most killers?

And, no joke, when pressed on why they’re silent on Gaetz, or don’t seem to care, the response I’ve gotten is: oh, so you hypocrites don’t care about Joe Biden Pedophile in the White House, and now you expect me to care about some alleged shit the biased lamestream media is so focused on?

Former president Donald Trump called Senate Minority Leader Mitch McConnell a “dumb son of a bitch” as he used a Saturday night speech to Republicans to blame him for not helping overturn the 2020 election and reiterated false assertions that he won the November contest. … “If that were Schumer instead of this dumb son of a bitch Mitch McConnell they would never allow it to happen. They would have fought it,” he said of election certifying on Jan. 6, the day his supporters led an insurrecti…

And they Republicans cheered for the evil.

while adding that his record outside of the attack is “sparkling.”

Can’t we say that about most killers?

(Just to be clear, the inner quote is from Newsweek, not Typo Negative.)

Sparkling? Is that a reference to his whiteness or were all of his previous arrests for arson?