The Rolling Stones announce thier 2021 'No Filter' Tour!

Christ, I saw the Stones in concert 40 years ago in '81, when I was 17, and there were plenty of jokes going around back then about how old they were-- “Are they going to play in wheelchairs har har har?”.

I guess ‘No Filter’ is an apropos name for a tour with practically octogenarian musicians-- old people often say whatever the hell is on their mind because they don’t give a shit anymore. “Hello Cleveland! Or Cincinnati? Who bloody gives a rat’s ass? These generic American cities are all the same to me!”

Anybody want to see them in concert? I suppose I wouldn’t mind, say if I got free tickets or something. I don’t know if I’d want to navigate a huge rock concert anymore. Although, much of the audience will likely be older than me, and probably not too rowdy in general. The last concert I went to is when my wife and I went to see Sting and Peter Gabriel a couple years ago, and we were among the younger ones in the crowd, which was pretty mellow.

I still enjoy music of my youth. But I make it a point to avoid seeing them perform now. The entire idea of aged musicians performing live to the same audiences equally aged, all trying to relive their youth, is wholly depressing and slightly pathetic all at once.

The entire idea of aged musicians performing live to the same audiences equally aged, all trying to relive their youth, is wholly depressing and slightly pathetic all at once.

I don’t know, the tone of my OP was kind of teasing about almost 80 year olds doing a tour, but I don’t really feel so much like playing and enjoying music means older people are “trying to relive their youth”. I mean, what are old people ‘supposed’ to do-- sit in a rocking chair with a blanket on their lap, just staring out the window and not bothering anybody? Screw that, us older people are redefining what it means to get old, dammit!

I know we’re both not being entirely serious here. And I’m in no position to be age-ist at my age.

I’m still quite fit and active compared to many men half my age. I’m lucky in that respect. But I’ll be damned if I’m going to a Police reunion concert. It would just be sad to find myself surrounded by other 50-somethings. I’d rather just crank it up loud in my car when I’m alone and the mood strikes me.

Christ, I saw the Stones in concert 40 years ago in '81, when I was 17, and there were plenty of jokes going around back then about how old they were-- “Are they going to play in wheelchairs har har har?”.

I’m waiting for the 2027 Stand Without Support Tour.

I was going to post a YouTube link to their Superbowl performance as a counterpoint to “old guys can’t rock” but bloody hell, it was 2006, already 15 years ago now! And a less than 15 minute performance is much different than an entire concert.

Ah heck, I’ll post it anyway. No Jumping Jack Flash, but they do play Satisfaction, the song about which Jagger famously said “I’d rather be dead than sing Satisfaction when I’m 45.”

A friend of my wife somehow wrangled an invitation to be an audience member in the tongue area. Think she worked at a PR firm and it was a work thing or something. 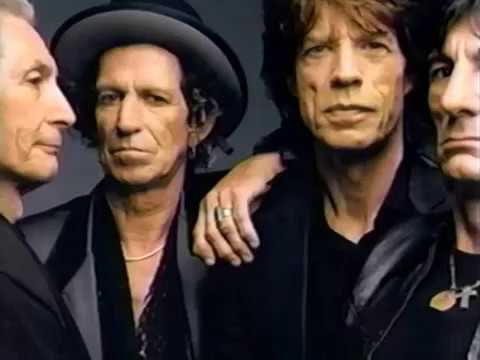 I’d have to go back and find the particular episode, but I remember a scene in Babylon 5 where they are in the arrival/departure area, and while a couple of the characters are talking you can see on one of the TV screens behind them a schedule of the day’s events on the station, and one of them is “Rolling Stones Farewell Tour”.

Bill Wyman (yes, I know he left the band decades ago) is 84.

Yeah, I figured that a little ways into this thread-- I knew Mick is late 70s, and Charlie is the oldest of the remaining core members, so I looked him up, and sure enough yep, the big 8-0.

Mick Jagger has a son who is younger than his great grand daughter. Don’t tell me The Stones can’t rock!

I’d have to go back and find the particular episode, but I remember a scene in Babylon 5 where they are in the arrival/departure area, and while a couple of the characters are talking you can see on one of the TV screens behind them a schedule of the day’s events on the station, and one of them is “Rolling Stones Farewell Tour”. 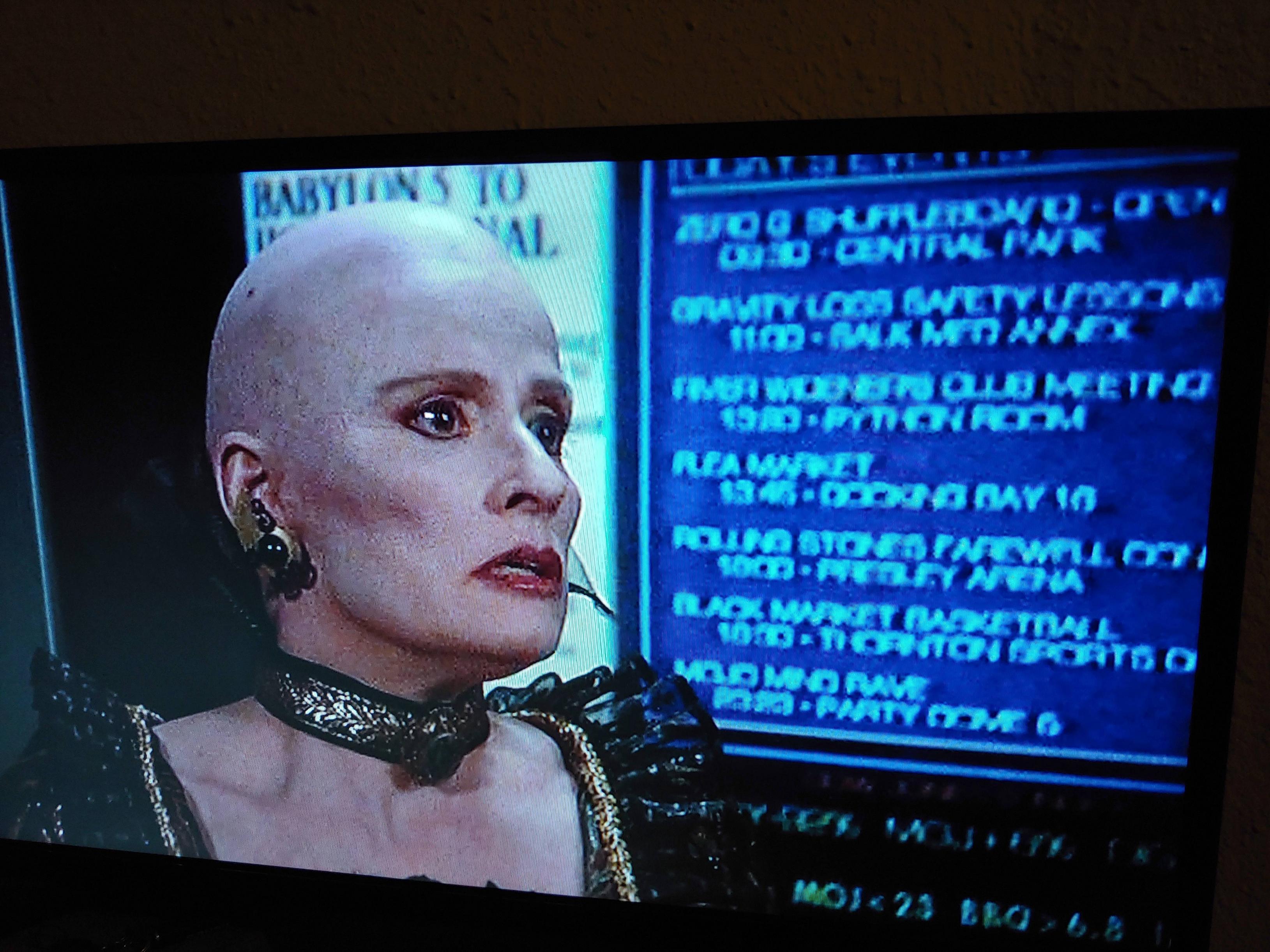 It looks like the episode was called “Signs and Portents”. Googling shows me that it was S1 E13.

'69 would have been awesome.

Me, too. and it was billed as a farewell tour. Go figure…

Every time The Stones, or any other aged band goes out on the road the same questioning posts crop up in media and forums such as this.
I say, get over it. It’s what musicians do. They go out & play. It’s what they’ve always done regardless of music style. Jazz, classical, many musicians have gone on the road as long as they’re capable. Good on them that they’re all still well enough & able.
From a personal point of view, I gave up on large venue concerts. People no longer go to listen. Many are too busy with their phones and there’s a constant conversation/general rowdiness hum about the arena that interferes with what the show is about - the music.
I enjoy smaller venues - say under 2,000 or so capacity. A band like The Stones unfortunately can’t do that. First because they’re too popular and second the cost would be prohibitive even if they scaled down a lot.
I’d also be somewhat concerned about the shows this fall becoming ‘super spreader’ events. Particularly in locations that aren’t well known as forward thinking when in comes to vaccines.

'69 would have been awesome.

No doubt that must’ve been an awesome show. '69 was a pivotal year for music. B.B. King entering a second stage of his career as rockers appropriating Blues music started inviting him to open for them, and he showed big audiences who didn’t know real blues what it was all about. The Stones hitting their prime.

I have a feeling @jaycat has some great concert stories from back in the day. Want to share any, jaycat? Or expand upon your experience at the B.B. King / Stones bill? I don’t mind derailing my own thread for that (well, more of a side trip than a derail).

Somewhere on here, there’s a thread on ‘best concert I ever saw,’ or something like that, but, without searching:

Re: the Stones show, there was actually another opening act before B.B. King: Terry Reid. At Baltimore Civic Center, I think one song from this show made it onto Get Yer Ya-Yas Out. This was just after Mick Taylor had joined the group. A friend had bought two $7.50 tickets, figuring he was certain to get a date to see the Stones. Well, he couldn’t, so I took one off his hands for $5.

Jeff Beck and Big Brother were on a double bill at the Alexandria (Va.) Roller Rink. My first real concert. Previous to that I had seen the Marvelettes at a county fair in Michigan.

VU was in '70, so John Cale had left the group, unfortunately. At the Unicorn Coffee House, Boylston St., Boston.

The Miracles show was on Boston Common. Opening act: Labelle.

Woodstock was a whole 'nuther story. The high point for me was when The Who were doing Tommy. It was the middle of the night, pitch black, Daltrey solemnly intoned “See me, feel me” and some wag in the crowd yelled out “EAT ME!”

Damn, that’s quite the concert portfolio. You ever want to meet up and tell me more over a couple beverages, I’m buyin’