The Toyota woman gets less attractive in each successive commercial.

Well, she is a couple years older than she was when she started.

Yeah, but I found your mom ages even worse.

Yeah, but I found your mom ages even worse.

Well, given that she popped her clogs in 2008, I would have thought that you’d have noticed.

Perhaps one of the mods can change the title to: Look how much of an ass-hole I can be!!

Donald Trump, is that you?

I know its mean, but goddamn, the OP is right! I did a spit-take when I saw that square-headed broad with the spread out eyes. Jesus, she has a face for radio.

But I guess she is working out. I certainly remembered the ad. Kinda like I remember fever dreams.

We’re talking about this woman, right? 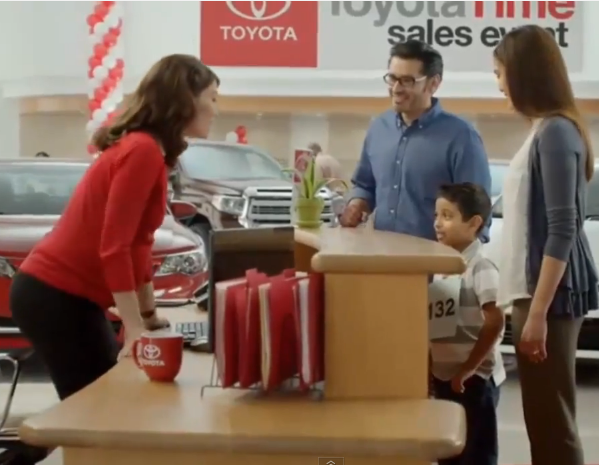 Who is Toyota Jan?

So it turns out, a lot of people are really interested in Toyota Jan and if she is actually pregnant as she appears in Toyota’s commercials. (She is.) It was odd to me that people cared so much

That face is unattractive enough to warrant a Pit thread? Have you guys ever seen a real woman?

I think she’s quite pretty.

She is not at all unattractive. I would definately knock her down and drag her back to my cave.

That face is unattractive enough to warrant a Pit thread? Have you guys ever seen a real woman?

The penance for complaining about having to see less-than-gorgeous women on television is to put a framed photo of Senator Barbara Mikulski on one’s bedside table.

Toyota Jan is hotter than Flo, equally as hot as AT&T Lily, and not as hot as Wendy. Got that?

All of them, it should be noted, are hotter than me. And perkier, too. I’m not perky.

I would if she asked me

OP,
Have you ever been with a woman? (Not one you paid for)

To be fair, I simply said successively less attractive.

8.5 is still considered quite attractive by most people.