It would be a terrible tragedy is it was just an oversized ozone generator.

Fill the church with high enough concentrations of ozone, and Covid is not going to be a a worry.

CFSG takes out his sharpie 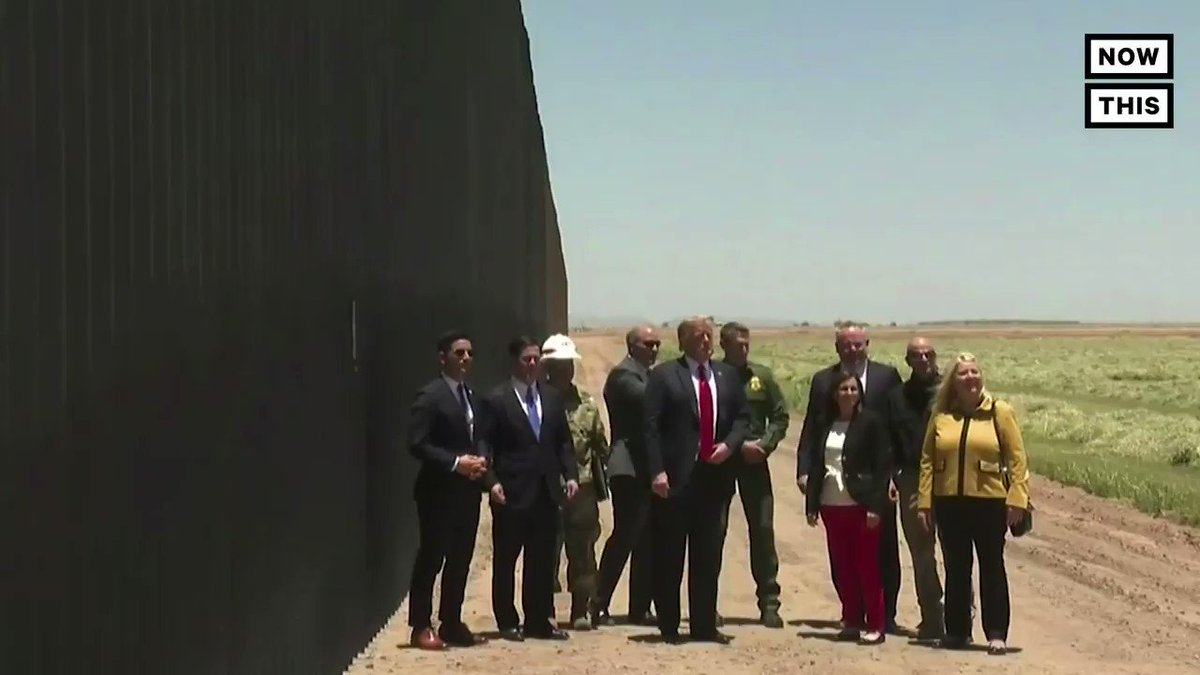 what a fucking buffoon

Trump has racked up a solid reputation for holding huge rallies in various cities, for which those cities rack up hundreds of thousands of dollars for security, crowd control, police overtime, etc., which they bill to the Trump campaign, who in turn never pays them.

At least one city last year (somewhere in Florida?) insisted that Trump campaign pay a “deposit” in advance before he would be allowed to rally there. (I never saw a follow-up article telling if that actually happened, other than the rally did happen.)

What about now? Did Tulsa city or county rack up huge expenses because of this rally? Will the Trump campaign pay for that? What about today’s rally in Arizona? And future rallies? Are any cities demanding that Trump’s campaign pay in advance for stuff like that? Can cities withhold permits for rallies until they get the $$$ in advance?

Okay, given that Trump is so into this Wall (and himself), I don’t see much surprise that he would autograph it. Hey, I probably would too.

Next, maybe he’ll want to autograph the Western Wall in Jerusalem.

Speaking of the wall, 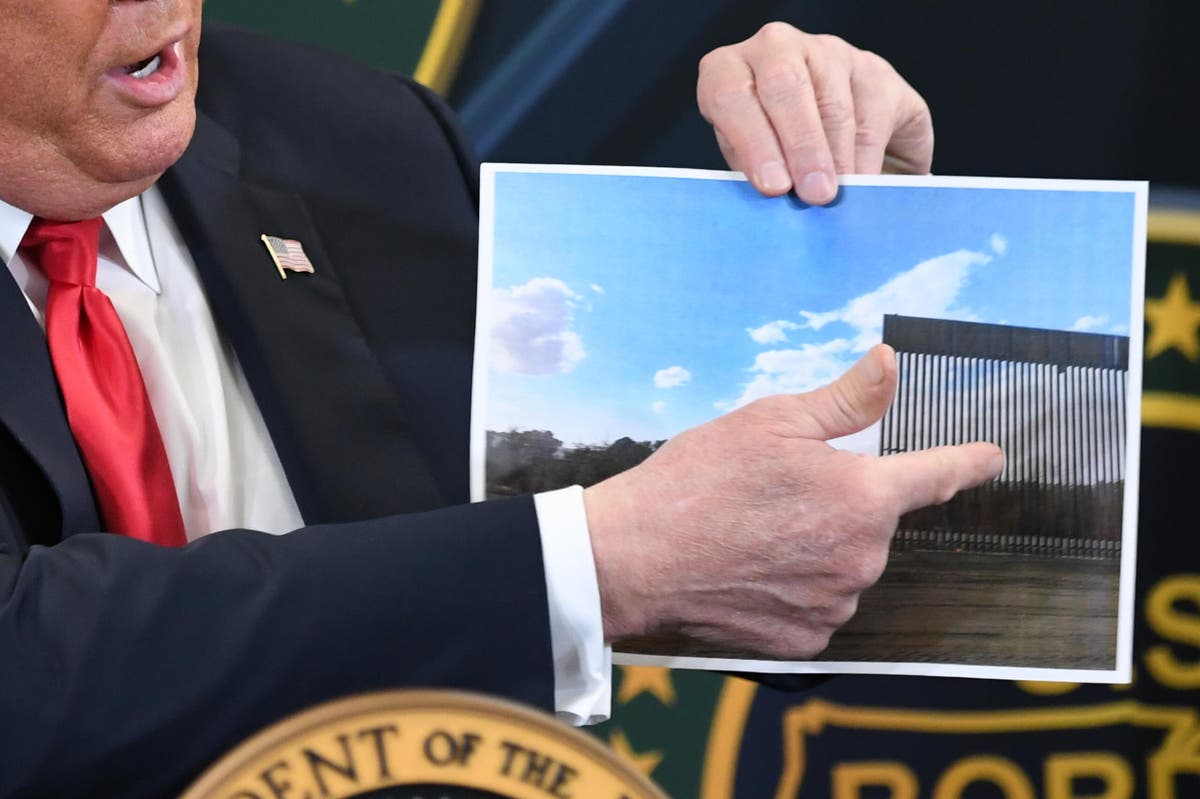 he seems to have redefined “stopped” to mean started going faster.

The rally tonight is at a mega church which claims to have air filtration that will kill 99.9% of coronavirus.
https://www.thedailybeast.com/arizona-mega-church-set-to-host-trump-rally-falsely-claim-its-air-filter-zaps-covid

New relevant post over in the New SRIOTD thread: Church is backpedaling on that claim. Or, it looks more like, the manufacturer of that system is saying “Wait a minute! Not so fast!”

he seems to have redefined “stopped” to mean started going faster.

Why not? Pence claimed that Oklahoma was seeing a “precipitous decline” in covid-19 while it was seeing record numbers. These idiots just spew whatever they want with no regard to actual factual information.

Just say a bunch of lies and their idiot base laps it up.

Maybe they can turn Trump’s wall into a giant memorial with the names of all the COVID-19 victims as a result of his gross incompetence.

Problem is, they probably won’t be able to fit all the names on it.

To be applied oral, nasal, intravenous and by suppository all at the same time to make it work.

This reminds me of that South Park episode where Mr. Garrison invented a monocycle where you had a post up your bum and one in your mouth to make it work.

IIRC correctly, those weren’t needed to make it work. Garrison just added them because he liked them.

A sort of Veteran’s Memorial, so that the wall might have an actual use.
(which suposed to be in response to asahi)

I went to Costco the other day, which now requires all patrons to wear masks and I saw one person without a mask, followed by noticing a red baseball cap on his head with the infamous slogan…I guess it will be easy to spot the who the infected are after the rallies.

Maybe the MAGAt hat was to aid in social distancing.

He may have had respiratory issues that made masks untenable to use.

Instead, he responsibly distances himself from others by making the sacrifice of making himself look like a racist asshole that no one would like to be near.

Episode 1 of the latest season of Curb Your Enthusiasm got some comedy mileage out of the MAGAt hat:

Phil Rosenthal, creator of Everybody Loves Raymond wants to have a lunch meeting with Larry David to discuss a project. Larry doesn’t want to have anything to do with it, but Phil is persistent, so Larry gets the idea to wear a MAGA hat to the lunch meeting. Works like a charm-- all the other restaurant patrons are giving them dirty looks and Phil makes an excuse to leave early. Afterward, Larry finds other uses for the hat- like when he accidentally cuts off a scary-looking guy on a motorcyle who yells and curses at him. Larry puts on the hat and the guy’s demeanor changes instantly to “just be more careful next time buddy” and drives off.

Isn’t that vandalizing Federal property? Can we add another 10 years onto his “fingers crossed” jail sentence he will receive if not re-elected?

Actually, in the real world, Donald Trump tweeted a clip of the confrontation with the biker guy from that episode of Curb Your Enthusiasm, not realizing that the intent of the scene.

Here is an article from Esquire magazine that explains it.

That’s hilarious, scary and sad all at once.

We will just get Gerald Scarfs to come around and put some proper artwork over it. Before we tear it down, that is.

David Zinn would be my choice.

This reminds me of that South Park episode where Mr. Garrison invented a monocycle where you had a post up your bum and one in your mouth to make it work.

Years ago, my husband and I were hosting my parents at our house and told them about the hilarious show called South Park. We sat down to watch an episode with them and this is the episode that was on. My Fox News watching, Republican voting parents quietly sat and watched the whole thing. We never spoke about it again.