…so if you’re wondering why Yelp, Craigslist, Libejournal, and Macworld are down, it’s because the whole right half of the city has had intermittent power outages.

Looks like it’s up to Laughing Squid to be our news source. I’m also listenign to KCBS, which says there was an explosion at 2nd & Mission which apparently started this whole thing. Whatever happened, it’s fixed now… or whatever it is you do with things that blow up underground.

Sounds like up to 50,000 people were without power from North Beach to Daly City and it sounds like everywhere in between. 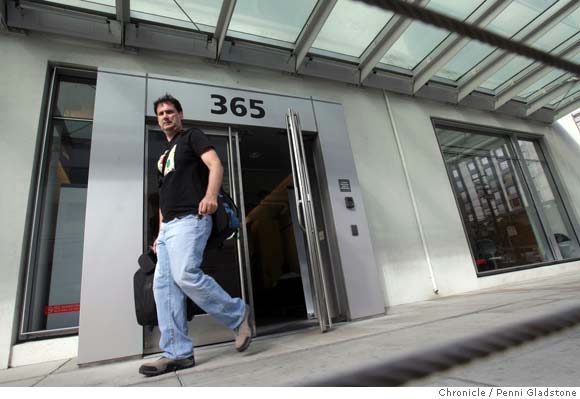 Equipment failure Tuesday afternoon knocked out electricity to tens of thousands of Pacific Gas and Electric Co. customers on the Peninsula and in San Francisco - including PG&E's own office and the Financial District. The outages began around 2...

News, Sports, Weather, Traffic and the Best of SF

I was wondering why LiveJournal was down. Thanks for the information.

And I heard it was a drunk at 365 Main that went nuts and attacked a bunch of server slots.

OMG NO NOT MY LIVEJOURNAL panics

(Is everyone all right? Nobody hurt by the explosion / drunk / etc.?)

Hm, maybe that’s why Netflix has been down all day.

Hm, maybe that’s why Netflix has been down all day.

The power problem only happened three hours ago, so if Netflix was down longer, it wasn’t only because of missing electricity.

But the idea of a drunk employee at 365Main bashing away at servers is entertaining.

So that’s why my manic refreshing of the LJ status page wasn’t helping. Thanks!

Yeah, it was a real fun afternoon. Right before 2pm the power in our building went away. Since I just moved to an interior office, I’m nowhere near any windows. My office was absolutely pitch black, zero light. Took me a few minutes of fumbling to find a flashlight and make my way down the hall.

My team split up to cover ten floors in our building, check up on users, let them know it isn’t just our building, etc. Power came back on within a few minutes so initially it was just “Reboot, this is a good example of why saving often is important”. Then, just as I was getting done, power began flickering again. It’d cycle off and then back on again every so often, we went through it three times. I pretty much gave up and we all hung around waiting for the lights to stay on consistently and people to get unstuck from the elevators.

The power problem only happened three hours ago, so if Netflix was down longer, it wasn’t only because of missing electricity.

From my vantage point, Netflix was down last night with a message that it would be back by 2AM Pacific Coast Time. Then in the morning, it changed the estimated time to 9AM. So it appears to have been down for a long night.